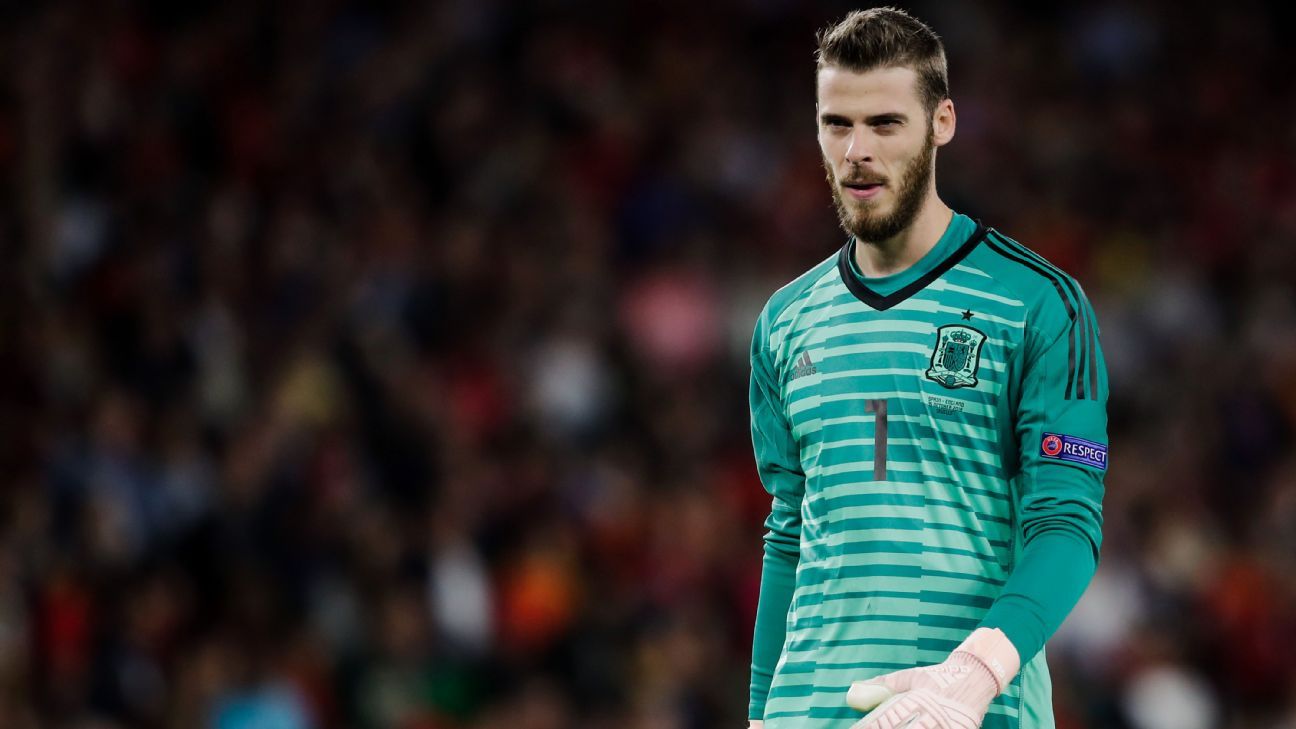 
David de Gea limped off with an abductor injury in Spain’s Euro 2020 qualifier against Sweden in Stockholm on Tuesday.

The injury could be a big blow for De Gea’s club Manchester United, who are set to meet leaders Liverpool in the Premier League on Sunday. De Gea hasn’t missed a league game since May of 2018.

De Gea had been superb in Tuesday’s match until Marcus Berg nodded home the opener from close range in the 51st minute. Shortly afterwards the 28-year-old keeper sat down on the pitch before being replaced by Kepa Arrizabalaga.

The game finished 1-1 after substitute Rodrigo cancelled out Berg’s strike with a stoppage-time goal, allowing La Roja to punch their ticket for Euro 2020.

Spain manager Robert Moreno said after the match that De Gea tried to play through the pain before being removed.

“He had pain in the abductor muscle but he received treatment at halftime and wanted to keep playing,” said Moreno. “He gave us his word, but in the end he couldn’t continue.”

Moreno praised De Gea’s performance but seemed to suggest that the starting spot could be a battle moving forward.

“If there is a debate at goalkeeper, you will be entertained because there will continue to be a debate,” Moreno said in a post-game news conference.

“Aside from De Gea, others have done well. The goalkeeper is there to make stops and I’m happy that he made the stops he did,” Moreno added. “De Gea is an [accomplished player]. We’re proud to have three goalkeepers of such high level.”