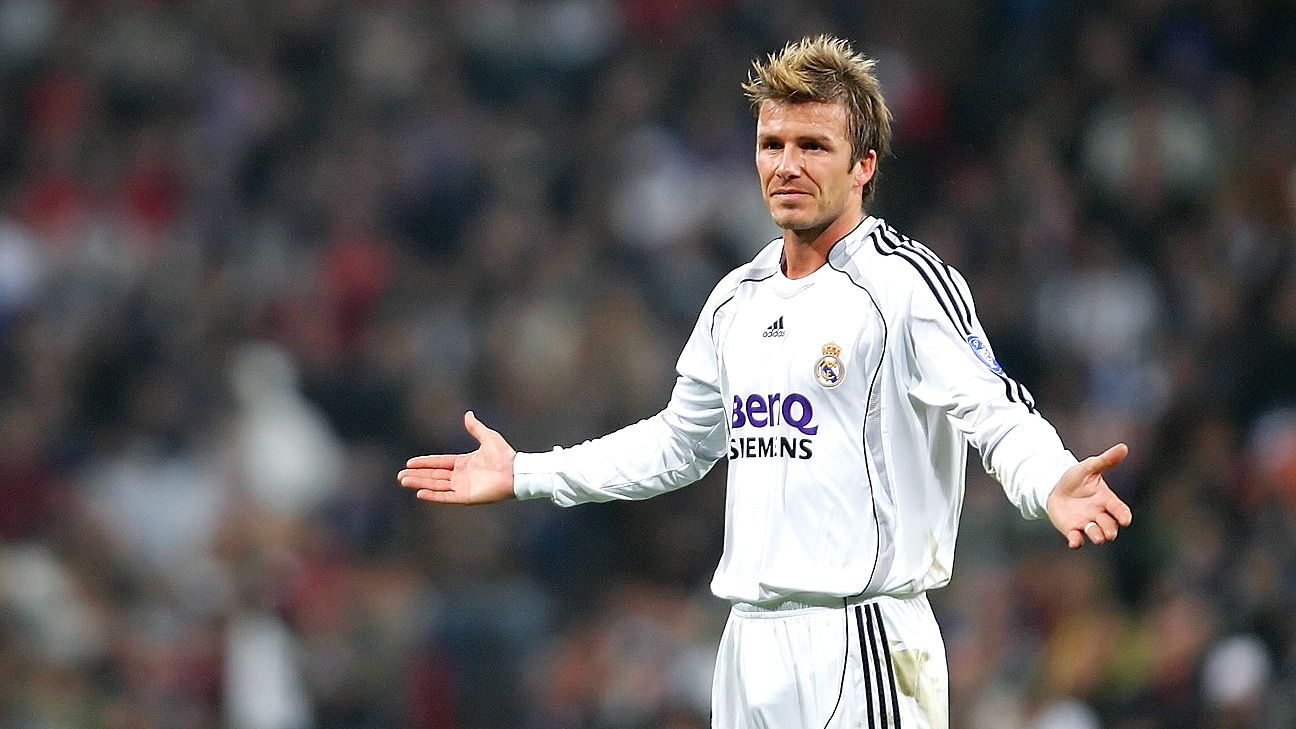 
Real Madrid president Florentino Perez says David Beckham will return to the club as an official ambassador, though the former England captain’s camp has yet to confirm an appointment.

Since retirement he has remained close to the game, and MLS commissioner Don Garber said this week he was confident that a consortium headed by Beckham would launch an MLS club in Miami later this year.

There has also been speculation that Beckham could return to the Bernabeu in an off-pitch role, with his agents denying a story last October that he had agreed to be an official club ambassador.

However, Madrid president Florentino Perez told Fox Deportes that he spoke with Beckham while in Miami for last month’s International Champions Cup Clasico against Barcelona, and an ambassadorial position was close to being confirmed.

“The great players are those who have given us this great image of the club since 2000,” Perez said. “These players like [Luis] Figo, [Zinedine] Zidane, Ronaldo and Beckham, who I have just seen here and was delighted to see him again. They remain our ambassadors, Zidane as coach, Ronaldo Nazario, Roberto Carlos. And now David Beckham too is going to join up with us as an ambassador.”

Beckham’s management did not immediately respond to ESPN FC’s request for comment.

Both Ronaldo and Roberto Carlos are involved at the Bernabeu in formal promotional jobs, with the latter working regularly as a commentator on Real Madrid TV.

Former striker Raul Gonzalez has also returned to the club this summer in an as yet undefined backroom role, having spent the previous 18 months as La Liga’s Country Manager for the United States.

And Zidane spent a number of years in the background at the club, before he was appointed as coach of the Castilla youth team in June 2014. The Frenchman then took over the first team in January 2016, and has since won six trophies, including back-to-back Champions Leagues and the 2016-17 La Liga title.