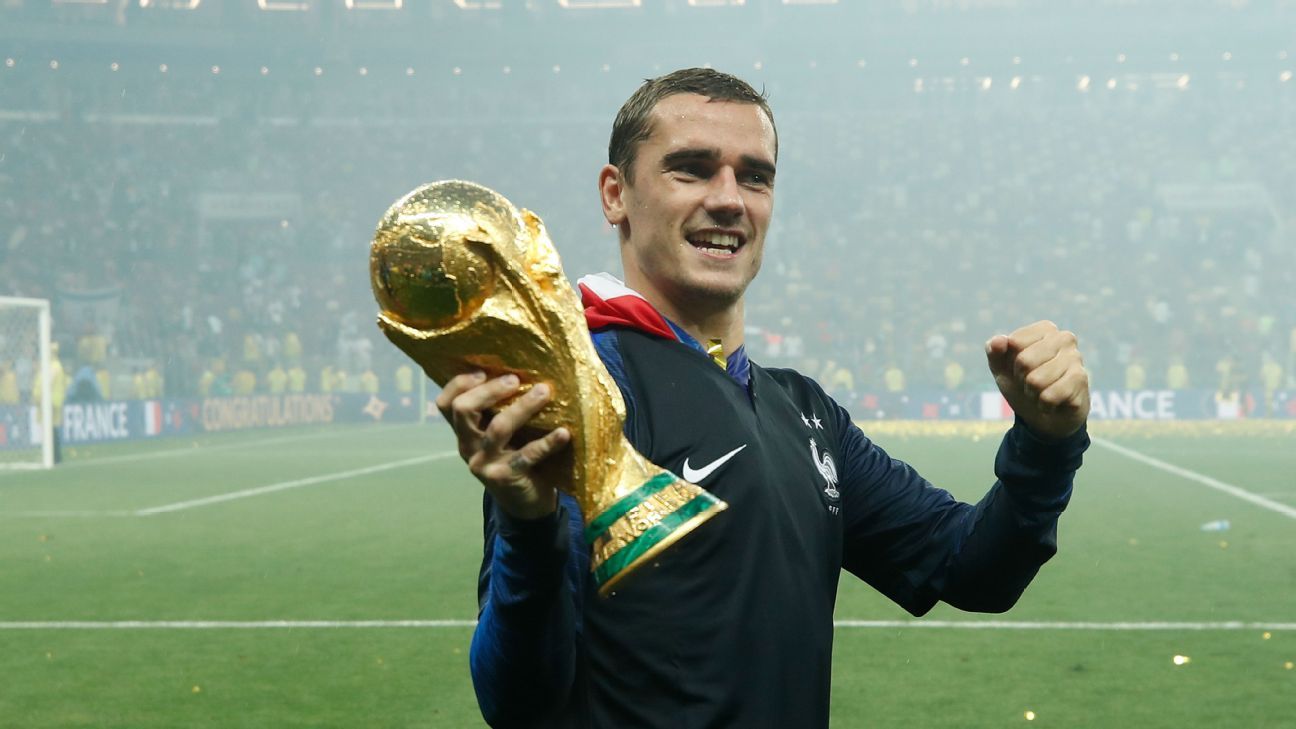 
CORAL GABLES, Fla. — Atletico Madrid star Antoine Griezmann has expressed his desire to play for David Beckham’s MLS expansion club on multiple occasions during the past few months, and Beckham is certainly open to bringing the World Cup winner to South Florida.

Beckham’s team, Inter Miami, won voter approval on Tuesday night to move forward with plans to build a soccer-specific stadium. Afterwards the global icon touched on several topics regarding his MLS franchise, including Griezmann’s repeated interest in playing in Miami.

“It’s always nice to have great players want to come and play for our team,” Beckham told ESPN FC. “He’s such a great player. I’m a fan of his, he’s a fan of mine, so maybe one day he will be gracing the building in Miami and that’s what we want.”

Griezmann is apparently not the only player who is captivated by the allure of the South Florida sunshine and glamour. Beckham added that players from across the globe continue to reach out to him to ask questions and share their hopes of suiting up for Inter Miami.

Inter Miami will begin playing in MLS in 2020, and it has to sign a head coach and build a roster before then. Club co-owner Jorge Mas told ESPN FC on Tuesday that he would like to have a head coach in place by next summer, and the work to identify that person, as well as players, is already underway.

“We already have a short list of coaches, of players, so we’ll be putting a team together over the next 6-9 months,” said Mas.

The team that Inter Miami eventually constructs is sure to boast its share of star power. MLS expansion clubs, especially those in big markets, tend to sign big-name players like Griezmann in an effort to captivate the attention of their city.

Miami will surely be no exception.

“I think this city and this club and this ownership group demands that we get some stars,” Inter Miami sporting director Paul McDonough told ESPNFC. “That is going to be really important from us and we haven’t hidden from that.

“Now that this [vote] has been passed and we continue to do more things and we put our vision together for the training ground and things like that, then players will continue to call and we’ll field calls and talk and figure out what’s best for us.”