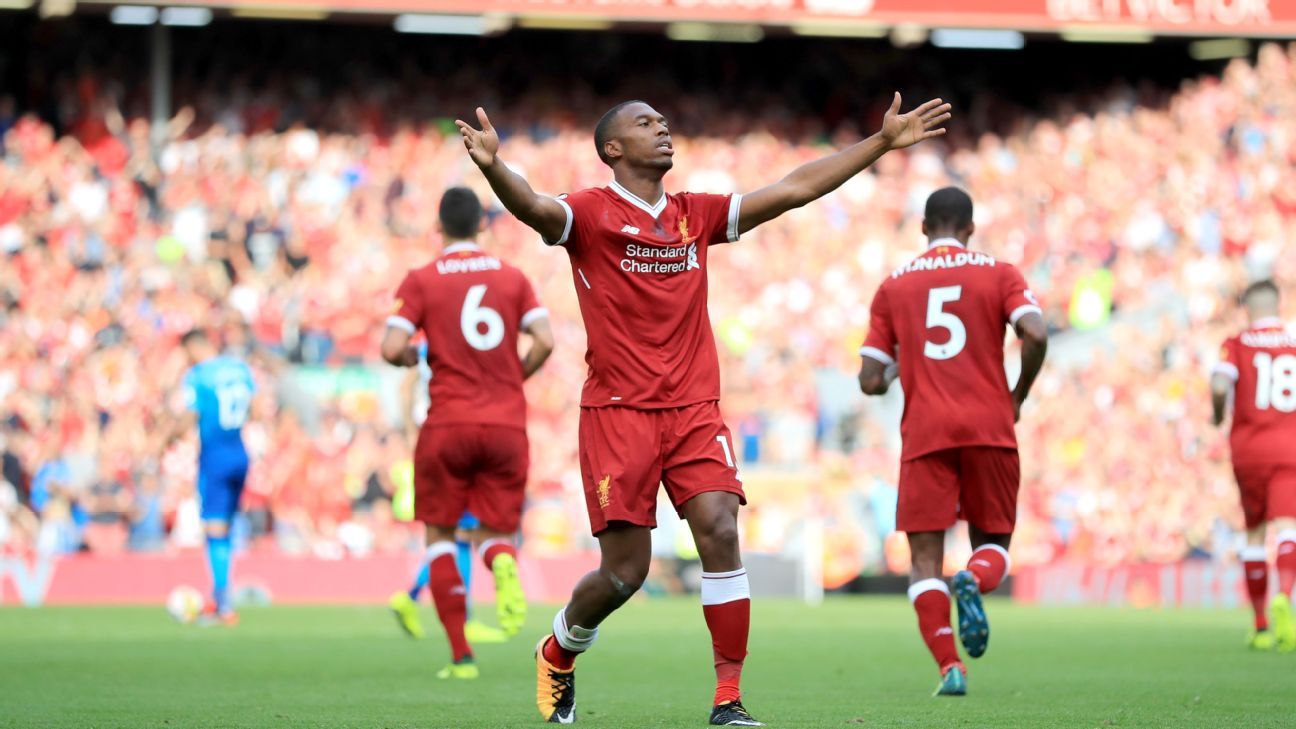 
Jurgen Klopp says there was never any chance of Daniel Sturridge being sold this summer, believing the striker is in the “best moment” after a number of injury-ravaged seasons.

Sturridge appeared to face an uncertain future heading into the recent transfer window, having made just 11 starts in all competitions during the 2017-18 season.

However, Klopp reveals he held talks with the England international, but that the topic of his future was not part of the conversation.

“Yes, we did [have that chat] and all was good,” Klopp said. “It was not a talk with him saying: ‘When can I go?’ or ‘where can I go?’. Not that talk, but about what we planned for this season.”

Sturridge was not part of the matchday squad for the midweek League Cup defeat at Leicester City, with Klopp revealing Liverpool are carefully managing his fitness in order to prevent injuries.

With Sadio Mane suspended, Sturridge started in the recent 1-1 draw with Burnley, and the Liverpool manager insists the 28-year-old is an “important” player for his side this season.

“Daniel is important, not could be, he is important,” Klopp added. “We decided not to take him to Leicester and that was again a kind of responsible decision.

“We would have taken him, but he would not have started. Maybe he would have had 10 minutes, 30 minutes or extra-time. But then we decided it was better for him to stay here and train twice because he can get better physically. Now he’s in the best moment. He’s always getting better because he can train all the time.

“We said we could take Dom Solanke, who could start, and have Ingsy [Danny Ings] on the bench.

“That was a good situation for the squad so Daniel was here with us and that was the only reason for it. We plan with Daniel.”