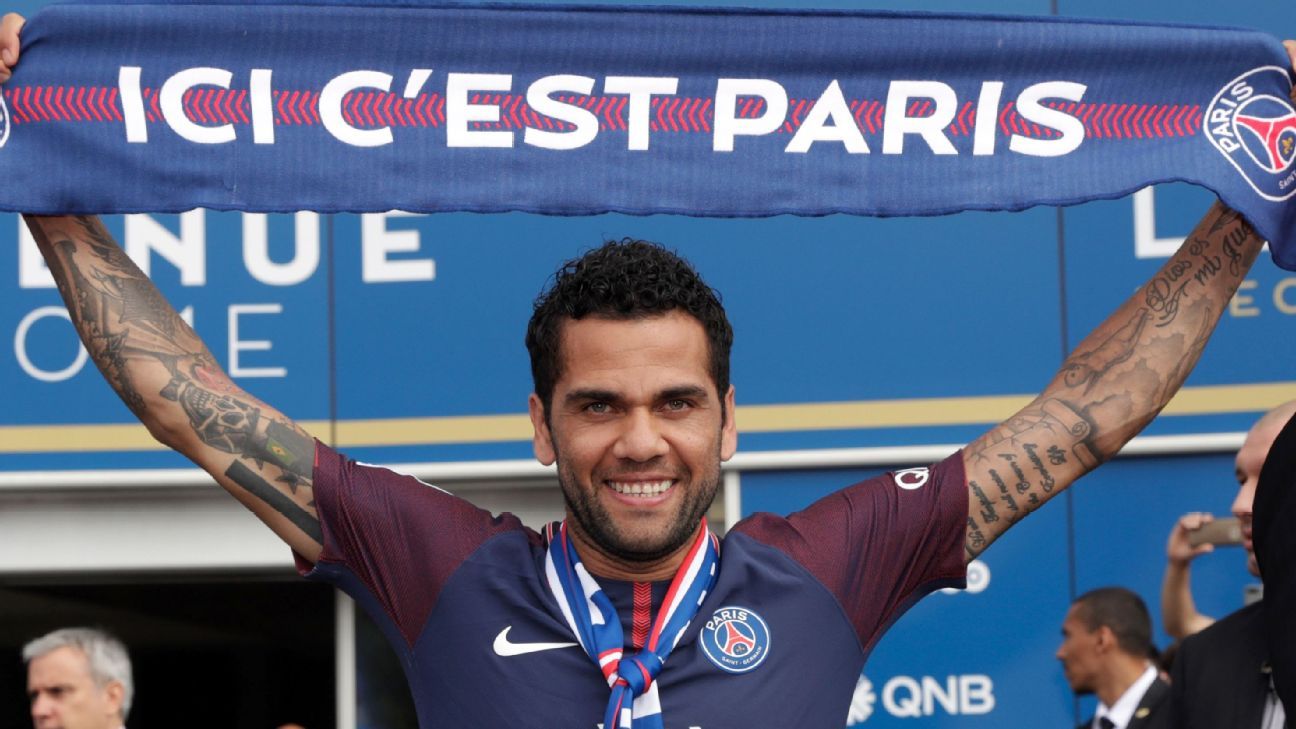 
Dani Alves says he has spoken with Pep Guardiola about his decision to join Paris Saint-Germain but does not know if the Manchester City coach understands his reasons yet.

Alves, 34, joined PSG on a two-year contract on Wednesday despite having been widely expected to reunite with his former Barcelona boss Guardiola at City.

According to an ESPN source, PSG doubled the salary that was on offer to the Brazil international from City and Guardiola was “furious” about the U-turn.

“Yes, we have spoken,” Alves told L’Equipe. “Well, actually, it was me who did most of the talking. I explained the reasons behind my decision to him.

“After everything we have done together, we have a very cordial relationship, respectful. It is this respect that may mean these things can be understood. Right now, I do not know if he understands my choice.

“I had other options — here but also in England. Ultimately, it was me who took the decision.”

Alves, who opted to leave Juventus this summer, praised PSG’s project and said the recently deposed French champions are close to their ultimate goal of Champions League success.

However, he also admitted that he factored his new wife’s happiness in the French capital into his decision-making process.

“I realised that everything PSG have achieved so far is quite unknown,” Alves said. “As far as I am concerned, the club is close to achieving the goals it has set. What can bring you closer to success is good organisation.

“Another thing that counted is the wellbeing of my wife. The prospect of spending some time in a city like Paris is enchanting. I made my decision the evening before I arrived in Paris.”

However, he said he does not feel that Barca’s comeback has damaged PSG’s ambitious project as severely as many people think.

“You can survive this sort of hiccup, you have to,” Alves said. “In order to do that, though, you cannot stand still. You must keep moving forward.”

Alves is expected to form part of Unai Emery’s squad for the International Champions Cup in the United States over the next fortnight.