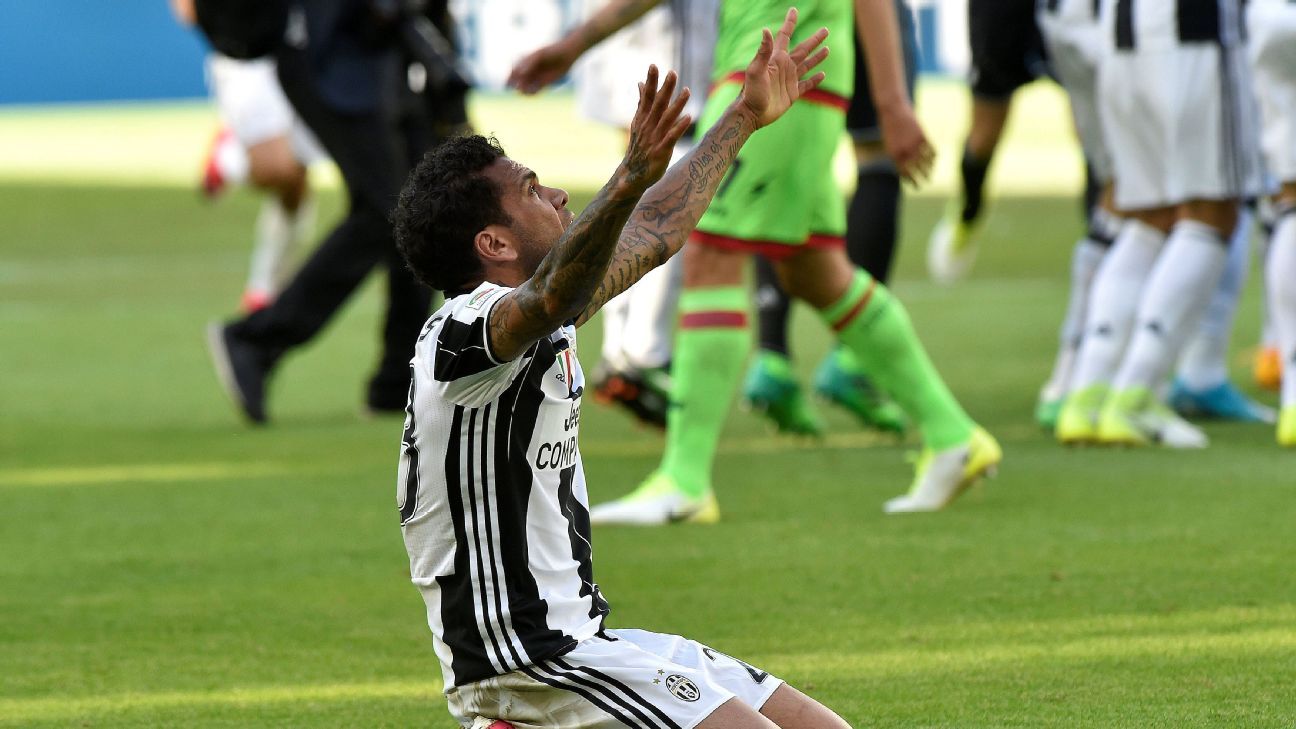 
Juventus confirmed Dani Alves’ departure from the club by mutual consent on Thursday, clearing the way for the right-back’s reported move to Manchester City.

Beppe Marotta, Juventus’ chief executive, had already said last week that Alves would be released from his current contract, despite having one more year remaining on a two-year deal with the Italian champions.

That move followed ESPN FC sources confirming that Manchester City wanted to bring in Alves to be reunited with coach Pep Guardiola, for whom the Brazilian won three La Liga titles and the Champions League twice at Barcelona.

Alves penned a farewell to Juventus fans on Tuesday, before the club made the split official two days later.

“Juventus Football Club is to part company with Dani Alves after agreeing to a termination of the player’s contract,” a statement said.

“Alves lifted two trophies in his single season in Turin, contributing to a third consecutive domestic league and cup double for the club before helping the team reach the UEFA Champions League final.

“The Brazilian made a total of 33 appearances for the Bianconeri, having a hand in 12 goals (six goals, six assists), seven of which came in European matches.”

Juventus have reportedly set their sights on Real Madrid right-back Danilo as a replacement for Alves.