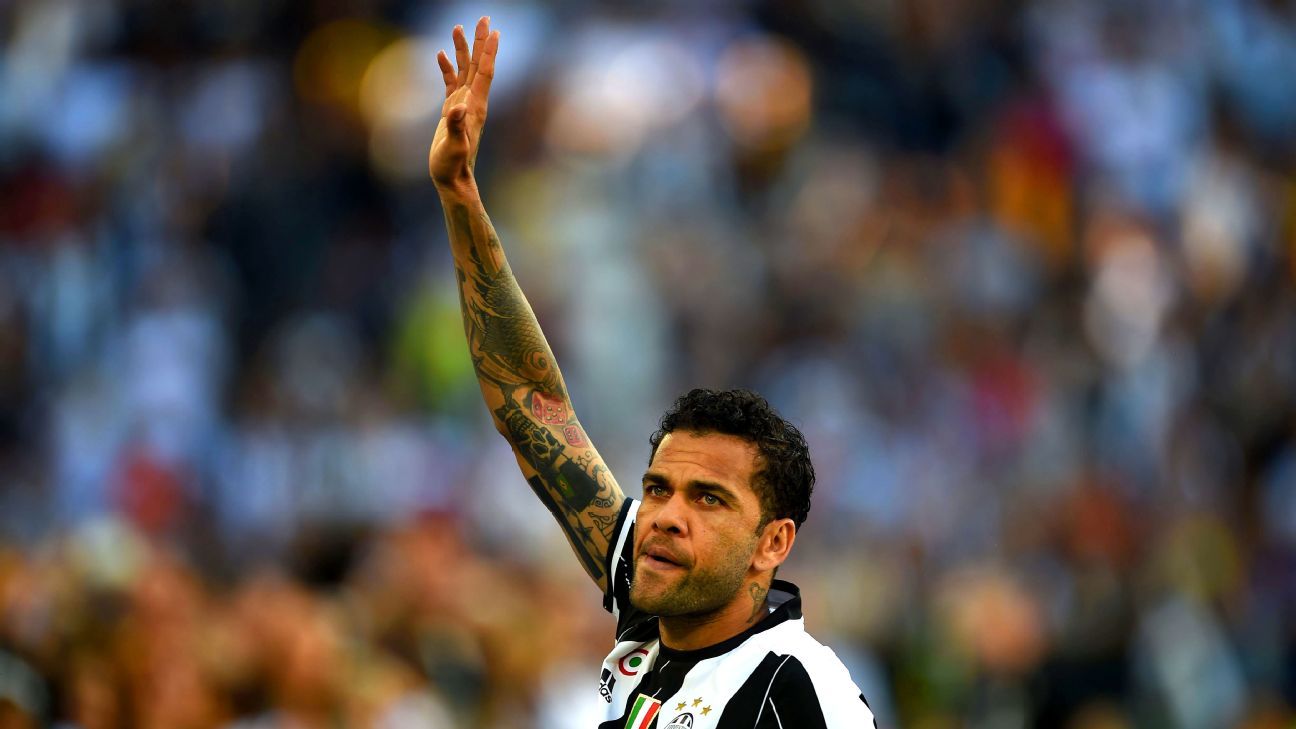 
Now that Paris Saint-Germain have completed the signing of right-back Dani Alves on a free transfer, here’s the obvious question: How much will he actually play for the French capital outfit?

The Brazil international snubbed interest from Manchester City before penning a two-year contract with the Ligue 1 giants on Wednesday. According to an ESPN FC source, Alves was persuaded to join PSG by the offer of a salary double what Pep Guardiola and City offered.

Alves’ elevated wage and the way Les Parisiens celebrated his signature suggests that the 34-year-old figures prominently in coach Unai Emery’s plans for the coming season. But perhaps the most intriguing thing about Alves’ arrival in Paris is the internal competition it is set to create at Parc des Princes.

PSG now boast Alves, Thomas Meunier, Serge Aurier and promising youth academy graduate Alec Georgen, who has still not been loaned out as was part of his agreement with the club when he signed his recent contract extension.

Alves’ signing makes Aurier’s departure even more likely than it already was before the former landed in Paris. That chairman and CEO Nasser Al-Khelaifi has passed the buck to Emery, sporting director Antero Henrique and his assistant Maxwell on the subject of Aurier’s future during Alves’ unveiling has hardly dampened speculation that the Ivory Coast international will move on — possibly to Italy.

Assuming that happens, it will be Alves and Meunier duking it out for the right-back role in Emery’s starting XI next campaign, with Georgen either a backup or on loan.

The potential rivalry between Alves and Meunier is a mouth-watering prospect.

Although Meunier is currently recovering from surgery on his left ankle, which prematurely ended his debut term with PSG and will delay the start of his second, the 25-year-old is rapidly emerging as an established figure under Emery. Meunier is also one of strongest and most likeable characters at the club.

Unlike many of his current teammates, the former Club Brugge player relishes a bit of competition for his place in the team. He was unfazed by the task of usurping Aurier when he signed last summer.

Meunier’s blend of self-confidence, attacking intent and consistency quickly won him the hearts of many PSG fans and relegated Aurier to a substitute role — which Aurier expedited through a number of farcical episodes.

Alves, Meunier and Aurier are attack-minded players, and all three could play further forward if asked. That’s particularly true for Alves and Meunier, but the Samba star’s experience will quickly prove vital to the squad’s chemistry and Meunier is rapidly emerging as one of the group’s leaders.

Both appear to be part of Emery’s plans for this season, so it is up to the Spaniard how he uses them once the campaign gets underway.

Alves has an undoubted advantage in that Meunier is still working his way back to full fitness — giving him a clear early run at the starting role during the International Champions Cup in the USA.

The appetite for success and vast experience of the former Barcelona, Sevilla and Juventus man will make him influential in important UEFA Champions League and Ligue 1 fixtures this coming term, so it would not be a surprise to see him start all of the biggest clashes — at least initially.

However, as he proved last season, Meunier is not to be written off. He might not look like the most natural right-back because of his lanky build and he is not outstanding technically, nor particularly fast, but he puts in maximum effort and his crossing is unerringly consistent.

His style of play makes him reminiscent of a slightly more imposing right-sided Maxwell. Add in the fact that Meunier can also strike the ball from distance and all signs point towards Alves not getting everything his own way on the pitch.

The capital club’s new No. 32 will probably walk straight into Emery’s starting XI by virtue of Meunier’s recovering ankle, but the Belgian is unlikely to grumble about his new challenge. Expect him instead to just get on with trying to reclaim his spot with minimal fuss.

Once fully fit, Les Parisiens‘ popular No. 12 should prove stiff competition for his new rival. It would not be a major surprise if Meunier benches Alves more times than many — including Alves himself — expect.