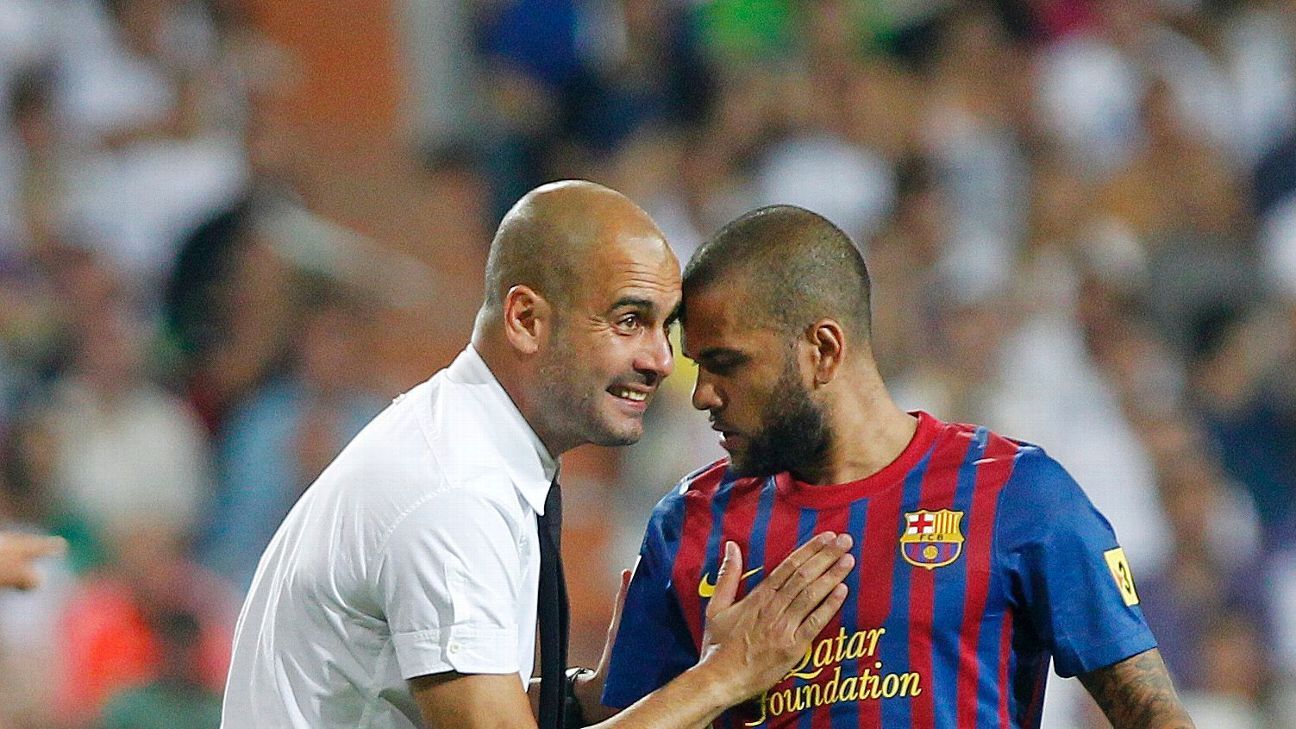 Things, however, are set to change — with City on the verge of clinching the signing of one of the world’s most renowned, successful and consistent footballers — Danil Alves.

While the Premier League has become renowned as the richest league in the world, and is therefore able to attract major players through lucrative contracts, England’s top-flight has rarely been capable of attracting the players considered amongst the greatest at their position. That means Manchester City’s seemingly imminent signing of Alves, set to leave Juventus after a single season, is particularly exciting.

Granted, the Brazilian right-back can no longer be considered at his peak — which was probably around six years ago, during Barcelona’s remarkable 2010-11 campaign. But throughout Juventus’ run to the Champions League final, Alves demonstrated that he remains a top-class operator, whether deployed at right-back, right-wing-back or right-midfield.

His performance in both legs of Juventus’ 3-0 victory over his former side Barcelona was particularly impressive, especially when juxtaposed with Barca’s complete lack of a proper right-back. In the 2-0 first-leg semifinal victory at Monaco, Alves raised his game even higher and was the game’s standout player — creating both goals for Gonzalo Higuain. Alves might be past his very best, but remains fully capable of deciding the biggest games in club football. City, in desperate need of new full-backs, have pounced.

The exciting thing about Alves’ imminent move to Manchester City, of course, would be the fact that he’ll be linking up with his former Barcelona manager Guardiola, the man who essentially made Alves into the world’s greatest right-back. Previously, at Sevilla, Alves was a one-man right flank, almost capable of playing right-back and right-midfield simultaneously. That being said, he was a purely impetuous player, someone who played upon instinct rather than as part of a cohesive collective group. At Barcelona, he became a proper team player, initially learning how to time his runs in order to bring the best out of Lionel Messi. Alves overlapped constantly, Messi cut onto his left foot from his wide-right position. Rarely have a Brazilian and an Argentine worked so seamlessly on a football pitch.

“Guardiola’s secret is he gets you to see things differently,” Alves told The Times last year. “He is a football [Albert] Einstein…Guardiola likes to move to places where he can make a revolution. I have no doubt that he is going to achieve it because he is a freak of football. He taught me to play without the ball. I thought, how can you play football without the ball? He convinced me that it would be better that way.”

Indeed, at Barca, Alves’ attack-minded positioning was such a vital tool that Guardiola sometimes reformatted his side completely, asking Barca’s right-sided forward to play as an inside-right rather than an outside-right to make room for Alves, essentially turning a 4-3-3 into more of a 3-3-4. Alves’ sensational mix of speed and stamina meant he could recover his defensive position when necessary, and was more of a winger with defensive responsibilities, rather than a full-back who pushed forward.

That role change also displayed Alves’ tremendous technical attributes. In fact, when one football data analyst attempted to group players into particular roles solely by their raw numbers, Alves was the player who caused the most problems. His attacking statistics were simply too high for him to be considered a pure attacking full-back, yet his numbers in terms of ball recovery were so high that he couldn’t be truly named as a winger either. If anything, Alves’ all-round game meant he was categorized as more of a box-to-box midfielder, albeit one with particularly prolific assist figures.

That might be particularly interesting for Guardiola’s Manchester City project, considering that last season he briefly tried to replicate his Bayern Munich system of playing “inverted” full-backs, asking those players to drift inside into the centre of the pitch rather than overlapping in the traditional sense. It means the wingers can stay high and stretch the play, while the full-backs have less distance to sprint back and recover their defensive position. Philipp Lahm and David Alaba did that excellently at Bayern, but City didn’t have full-backs with the right level of technical and tactical ability to perform well enough in possession to replicate that success.

But Alves is unquestionably a superb technician, and while he probably no longer possesses the truly astonishing stamina to sprint up and down the touchline repeatedly, Guardiola might consider him a perfect player to play this unusual full-back / central midfield role. It would require a suitable player to replicate the role on the opposite flank, and that will surely be Guardiola’s next priority in the transfer market. It’s unlikely he’ll find anyone quite as suitable as Alves, however.

Besides, Alves’ tactical level has improved even further after a year playing for Juventus, where Massimiliano Allegri often used a peculiar “hybrid” system that saw Alves playing in various roles in the same game. Sometimes he was pressing opposition full-backs as a wide midfielder, sometimes he was a conventional wing-back, and sometimes he was dropping into a back four. Having improved his tactical game so significantly, there’s no reason he can’t develop his game yet again at City.

Alves, therefore, might be the key player in Manchester City’s evolution under Guardiola. Usually determined to find the next big thing, this time Guardiola has called upon a trusted veteran. Can he teach an old dog new tricks, however?