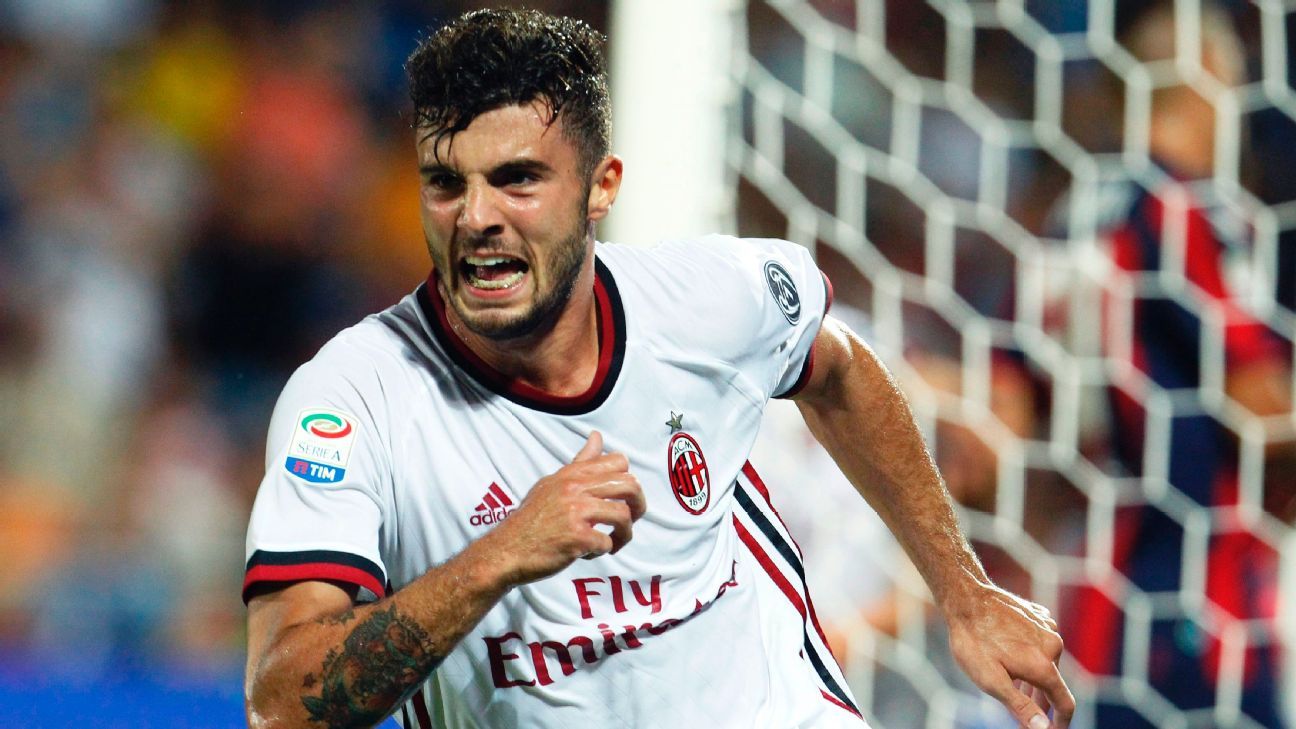 Academy product Patrick Cutrone was the standout performer in an AC Milan team chock-full of expensive summer signings as his goal and assist helped the ambitious Rossoneri thrash 10-man Crotone 3-0 in Serie A on Sunday night.

The match at Stadio Ezio Scida was an opportunity for Milan fans — especially those who missed Thursday’s 6-0 demolition of Shkendija in the Europa League playoffs — to get a first glimpse of the likes of Leonardo Bonucci, Hakan Calhanoglu and Andre Silva, who have all signed up for a bold new era at San Siro.

However Silva, the striker purchased at a premium from Porto in June, did not start, with 19-year-old Cutrone preferred. Any disappointment among travelling supporters faded when, after Franck Kessie opened the scoring from the penalty spot, Cutrone headed his first league goal before deftly setting up Suso.

Crotone’s task was made all the more difficult by the fact they lost centre-back Federico Ceccherini in the incident that allowed Kessie to notch from the spot.

The scoreline is the same one by which reigning champions Juventus beat Cagliari in Saturday’s curtain-raiser and Milan will hope their determination to win a first Scudetto since 2011 has been effectively conveyed.

Southern minnows Crotone, who almost three months ago secured their unlikely top-flight survival by beating Lazio on the last day, made an inauspicious start to their second campaign at this level.

Three minutes in Cutrone went down in the area and, after referee Maurizio Mariani signalled for VAR, Ceccherini was adjudged to have committed the foul that earned him a red card and Milan a penalty.

Kessie, along with Andrea Conti one of two summer signings from Atalanta, stepped up to steer the spot-kick beyond Alex Cordaz.

Milan turned the screw and it was not long before they scored again, this time from open play and thanks to stunning work down the wing from Suso.

Former Villarreal defender Mateo Musacchio launched the ball down the right for Suso to run onto and after a storming dribble a cross was lofted straight onto the head of Cutrone for a powerful finish.

Goalscorer turned provider in the 23rd minute as teenager Cutrone, preferred to €38 million-capture Silva in the Milan lineup, played a pass inside for Suso that ended up driven over Cordaz’s shoulders for 3-0.

Despite a floodlight temporarily failing, the momentum stayed with Milan and Calhanoglu — a new recruit from Bayer Leverkusen — was unlucky to miss the mark from the centre of the Crotone box on the stroke of half-time.

Silva would make an appearance, replacing Cutrone after the hour mark, and he almost grabbed a fourth for Milan when heading a corner against Cordaz.

The Portuguese, perhaps keen to earn a starting place in Milan’s first home fixture, against Cagliari next weekend, kept probing but was denied a maiden Serie A goal by a wonder save from Cordaz as time ticked away in Crotone.