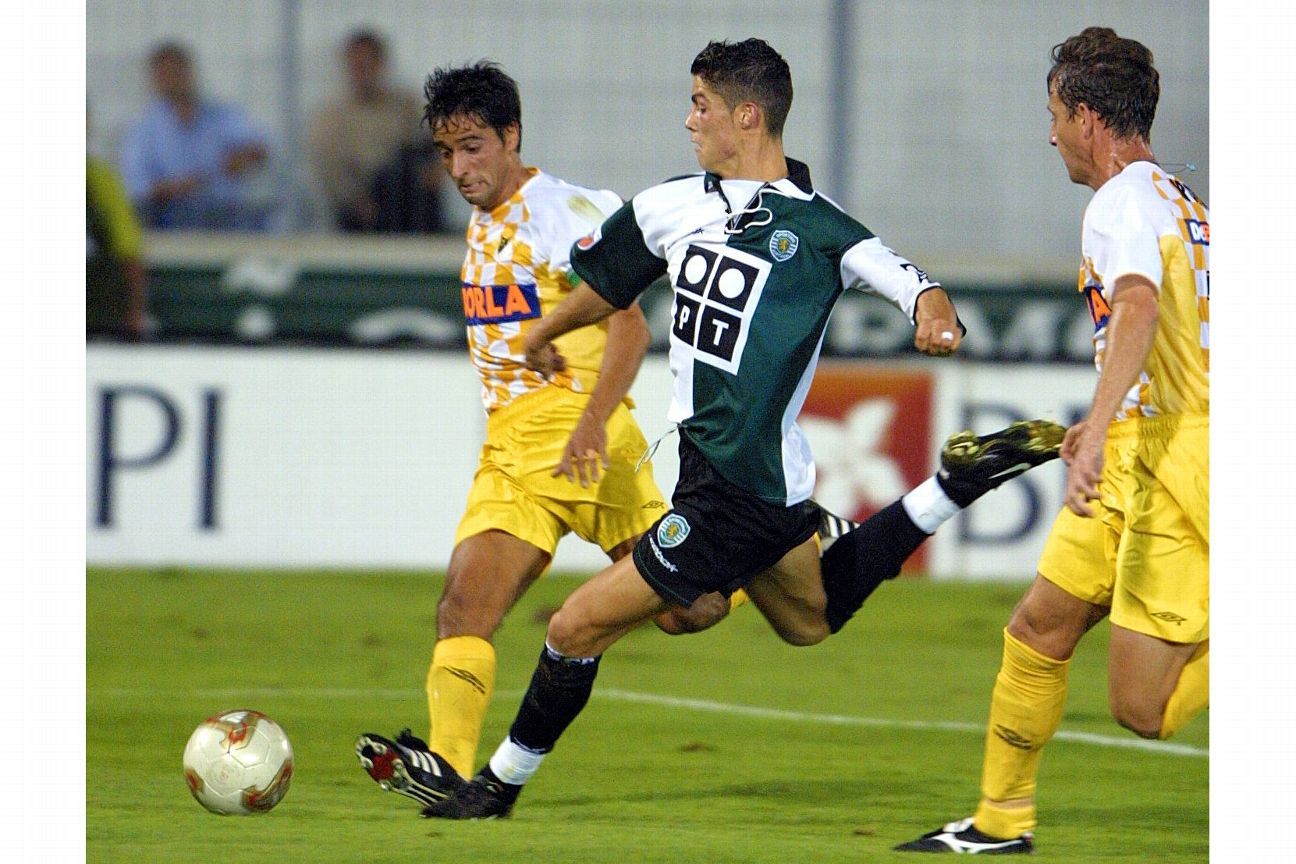 
There is a piece of Cristiano Ronaldo history which lies beneath an office block and car park in Lisbon. You wouldn’t know it’s there. In fact, there isn’t so much as a passing mention of the landmark moment, with bricks and mortar now covering the former Jose de Alvalade Stadium where Ronaldo announced himself on the world stage, scoring his first-ever professional goal in a career that now stands at 612 goals … and counting.

This Saturday marks the 15th anniversary of Ronaldo’s first-ever competitive goal in a career that has seen the 32-year-old win everything worth winning (Ronaldo doesn’t do the Europa League…), with the exception of the World Cup. But there is nothing to mark the spot of one of the most significant moments in his career.

The next few days will tell us whether Ronaldo will have one last chance to complete the set in Russia next summer, with Portugal needing to win their World Cup qualifiers against Andorra and Switzerland to avoid the playoffs.

But having contributed an average return of 41 goals a year since scoring his first, for Sporting Lisbon against Moreirense on Oct. 7, 2002, it seems apt to turn the clock back to the day when Ronaldo announced himself on the big stage.

Typical of Ronaldo, he did not open his account with just one goal. Then 17, he scored twice in a 3-0 victory at Sporting’s old stadium.

In a Sporting team that also contained Paulo Bento, Ricardo Quaresma and Mario Jardel, Ronaldo’s first goal began as a stunning run from the centre-circle, past a pack of defenders, with his now iconic step-over on the edge of the penalty area, before he sent a powerful right-footed shot into the net from 12 yards.

Footage of the goal shows Ronaldo running off in celebration, taking off his shirt and waving it around his head while Sporting coach Laszlo Boloni laughs on the bench at the audacity of the teenager’s strike.

Ronaldo added another before the final whistle, with a header two minutes into second half stoppage time.

The Brazilian, Roberto Tigrao, has the distinction of being the first goalkeeper to be beaten by Ronaldo. Many more have been beaten since.

But while the prodigious teenager’s career went on an upward trajectory with his move to Manchester United coming less than a year later, Tigrao became a journeyman, making 12 moves, including a stint in India with Mumbai City, before ending up at his current club, Esporte Clube Santo Andre, in Brazil’s Serie D.

Any youngsters wanting to recreate Ronaldo’s first goal, scored at the northern end of the stadium, must now imagine the scene.

Ronaldo’s career since that first goal has been remarkable and record-breaking in equal measure.

He is already the leading scorer in Real Madrid’s history, has more Champions League goals than anyone else and has long been the top scorer for Portugal.

Ronaldo’s hat trick in the European champions’ 5-1 victory against the Faroe Islands on Aug. 31 took him to 78 international goals, one more than Pele.

Can he score all six against Andorra? When it comes to goal-scoring records, anything is possible with Ronaldo.

But whether he manages it this weekend, against Switzerland in Lisbon on Tuesday or in Russia next summer, there is a sense of inevitability that Ronaldo will equal, and then eclipse, the record currently held by Puskas to claim yet another personal milestone.

Whether he can become the leading international goal scorer globally remains to be seen — with Iran’s Ali Daei scoring 109 goals in 149 games between 1993 and 2006 — but you can be sure that Ronaldo will back himself to do so.

He will always divide opinion and spark debate as to whether he or Lionel Messi is the greatest player of his, or any generation, but Ronaldo’s numbers speak for themselves.

And while many of his contemporaries, such as Quaresma and Wayne Rooney, are now showing the signs of wear and tear, of the years catching up with them, Ronaldo remains at the very summit of the game.

The two goals he scored on Oct. 7, 2002 — a brilliant solo goal and a towering header — are the type that define his career, and he remains as capable of scoring them now as he did 15 years ago.

It wouldn’t be a surprise if he is still scoring goals and breaking records on the 20th anniversary of that first goal in five years’ time.