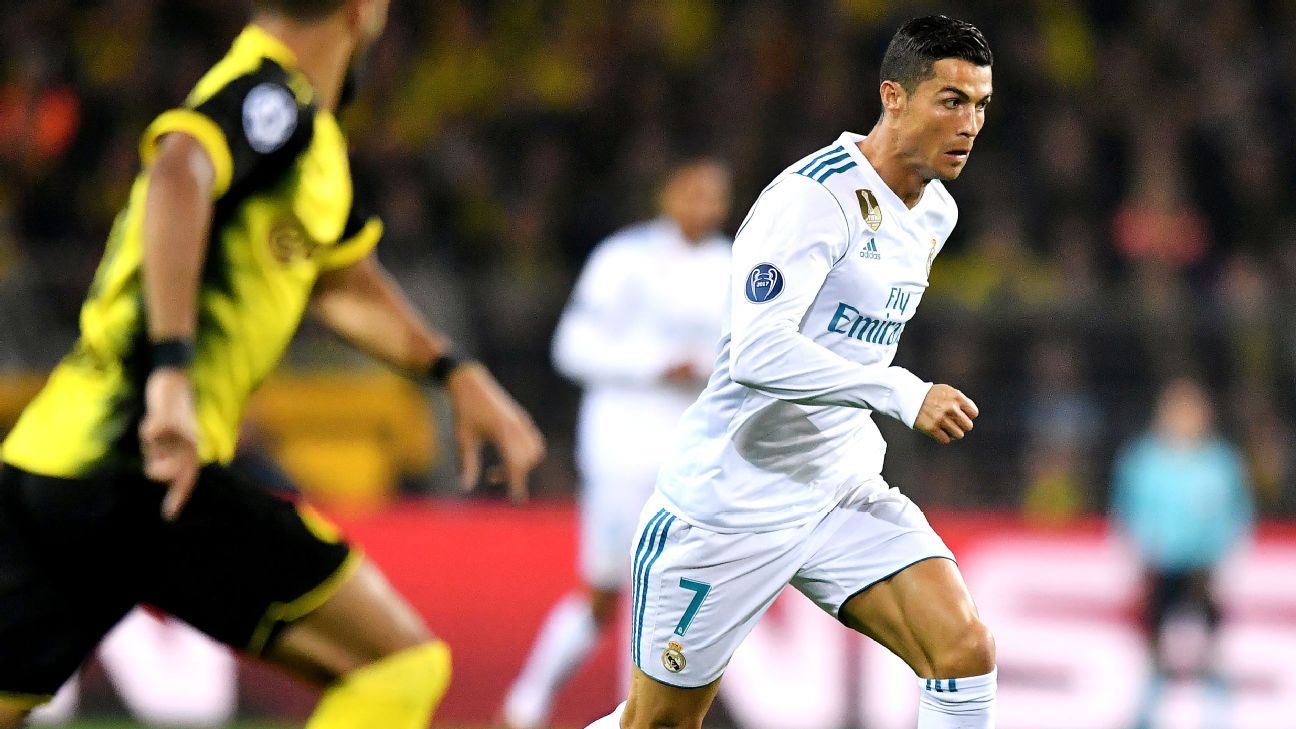 
Cristiano Ronaldo has claimed “you did not hear from my mouth” stories that he had decided to leave Real Madrid after being charged with tax fraud, while saying the question of whether he extends his contract is down to president Florentino Perez.

In June, Ronaldo was accused of not paying €14.7 million in taxes on image rights income, with widespread reports saying he had made up his mind to leave Spain and linking him with a return to Manchester United or a move to the Chinese Super League.

During a court appearance, the superstar was shown on camera saying he would like to return to England, but Ronaldo said after his double in the Champions League win at Borussia Dortmund that reports of his exit only happened because of his popularity.

“You did not hear that from my mouth,” Ronaldo said of his exit links. “People talk about Cristiano every day, all over the world.

“If I had to answer everyone, I would live just for the media. But I live for football. Anything with Cristiano’s name on it is world news. When you are great, people talk about you.”

Ronaldo has denied the tax charges but could face a bill, including fines, of more than €40 million or even time in prison if he is found guilty. Perez has ruled out the idea of Madrid’s record goal scorer receiving a pay increase to help him deal with the situation.

However, with teammates including Karim Benzema and Dani Carvajal having recently agreed new deals, the 32-year-old was asked whether he expected to extend his current contract.

“That is a good question,” he said. “I am happy, things happen in a natural way. That is a better question maybe for the president — he would know better than me how to answer.”

Ronaldo also said he felt he continually had to answer critics after coming under the spotlight when he had 18 shots without scoring in recent games against Real Betis and Alaves.

“It seems I have to show, game after game, who I am,” he added. “I am surprised by the public opinion about me.

“Once more, the numbers speak for themselves. I am very happy with my 400th game, and having scored I don’t know how many goals [411].

“I am a professional and prepared for criticism, which gets worse all the time. But if there is a reason I am who I am, it is hard work and my teammates.”

Gareth Bale also impressed with a goal and assist at Dortmund after a difficult start to the season had seen some Madrid fans whistle him and question his form.

The Wales winger told beIN SPORTS it had been important for Madrid to show a “winning mentality” after their below par start to the La Liga campaign.

“The most important thing was to get the three points, to stay top of the table and get confidence back in ourselves,” he said. “We are not leaders in La Liga, so it was important to get back that winning mentality.”

Asked about stories that he and Ronaldo had a difficult relationship, Bale said: “People make things up, but we get on pretty well on and off the pitch.

“We have scored many goals and won many trophies together. This is part of football today, you must always be proving people wrong.”