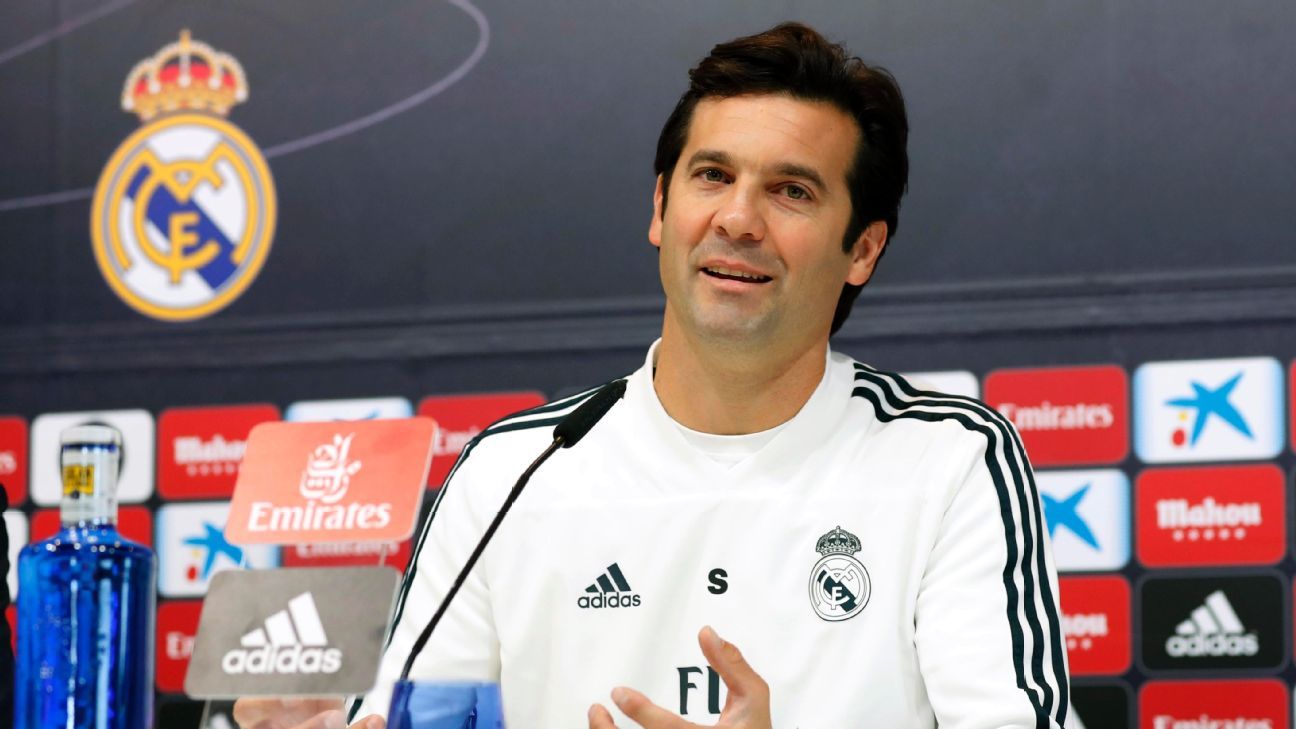 Ronaldo told Gazzetta dello Sport this week that Juventus, the club he joined for €100 million in July from Real Madrid, is “more humble and more of a family than Madrid.”

Asked about Ronaldo’s comments, Solari said in Tuesday’s news conference ahead of Madrid’s Champions League home encounter against CSKA Moscow: “Humility is a virtue of the greats.

“That is why, and more so for its values, this club has won so much. Cristiano will be ours forever, he is a living history of Real Madrid. His feelings belong to him and no one can judge them.”

The Portugal captain, who is ranked No. 2 among the world’s forwards in the ESPN FC 100, was the one who decided to leave Los Blancos this summer after scoring 450 goals and winning 16 trophies, including three straight Champions League titles, in nine seasons at the Santiago Bernabeu stadium.

“I have a lot of respect for Cristiano,” Real Madrid right-back Alvaro Odriozola added. “He has given a lot for this club but that is in the past. This is a family and what has most surprised me is the humility of all my teammates and the hunger and work done by everyone on a daily basis.”

Madrid have taken 12 points of a possible 15 in La Liga to bounce back after their bad start to the season.

The Spanish giants have already qualified for the round of 16 of the Champions League as Group G leaders heading into Wednesday’s game, and moved into the top four of La Liga at the weekend with a 1-0 win at Huesca.

“I have no preference when it comes to La Liga or the Champions League,” Solari said. “I’m enthusiastic about winning every title. We must remain alive in every competition we are in and have the aim of being competitive. We face every game trying to respect our history and each competition. Right now we have very little time to rest as we also have international commitments [the FIFA Club World Cup next week]. We will try to give our all in every game. That is the challenge.”

Odriozola, meanwhile, has seen his fortunes change since Solari took over the team following Julen Lopetegui’s sacking. He is expected to earn an eighth start under Solari on Wednesday.

“I have the support of the coach and I’m getting more playing time,” Odriozola, whose cross teed up Gareth Bale’s winner at Huesca on Sunday, said. “I’m very happy with how things are going. We would love to win the Champions League again but in order for that to happen we need to give 100 percent in every game. That is the key to success.

“We are eager to play at the Club World Cup which could be our first title of the season.”

The 22-year-old, who joined Madrid from Real Sociedad this summer, is full of praise for teammate Karim Benzema.

The veteran forward has scored three goals and set up two more in five Champions League starts for Madrid. Benzema is Madrid’s leading scorer this season in La Liga with five goals.

“Before I arrived here I already liked him but now I’m in love with Karim,” he said. “He is the best No. 9 in the world. It’s a show to train with him. He has been criticised in the past but he has taken a leadership role in the team.”