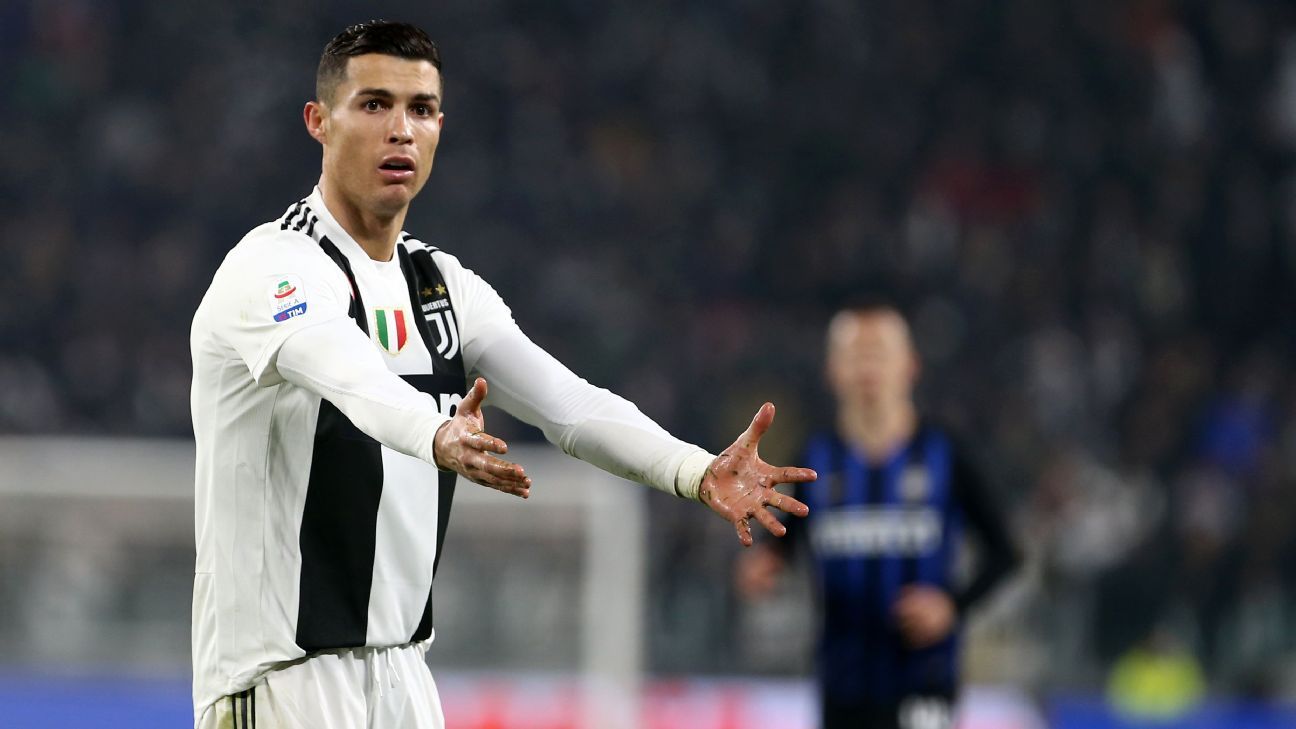 
Cristiano Ronaldo will not be in the starting line-up when Juventus face Atalanta on Wednesday (9 a.m. ET, ESPN+), his coach Massimiliano Allegri has confirmed. The game will mark the first time Ronaldo has not begun a Serie A game since he joined Juventus in the summer.

The 33-year-old has been an ever-present after swapping Real Madrid for Italy and is second in the Serie A scoring charts with 11 goals in 17 games. However, with Serie A having introduced Boxing Day fixtures for the first time this season, Allegri has confirmed that Ronaldo will be granted a rest, although he could still feature at some stage.

“Ronaldo’s going to be on the bench tomorrow,” Allegri told Sky Sport Italia on Christmas Day. “He’s available, but he’s going to watch the game together with me for the first time.

“I’m very happy with how he’s doing, as I am with everybody,” Allegri continued. “We need him to be in his best shape in March when we get to the business end of the Champions League. He’s going to have to be even more decisive than he has been in recent years.”

After travelling to Bergamo, Juve, who lead Serie A by eight points from Napoli, will host Sampdoria on Saturday before the Italian league takes a three-week winter break.

Allegri’s side will be back in action again a little earlier than most of their rivals, though, as they face Milan for the Italian Supercoppa on Jan. 16 in a fixture that will be played in Saudi Arabia.

‘I bet Messi never has to deal with this’
Curtis Jones, Diogo Jota lead Liverpool, but defense lets them down in 3-3 draw with Brentford
Ellen Fokkema made Dutch history by playing for a men’s team
Cádiz vs. Barcelona – Football Match Report – September 23, 2021
Italy’s oldest club latest Serie A side to gain U.S. investment