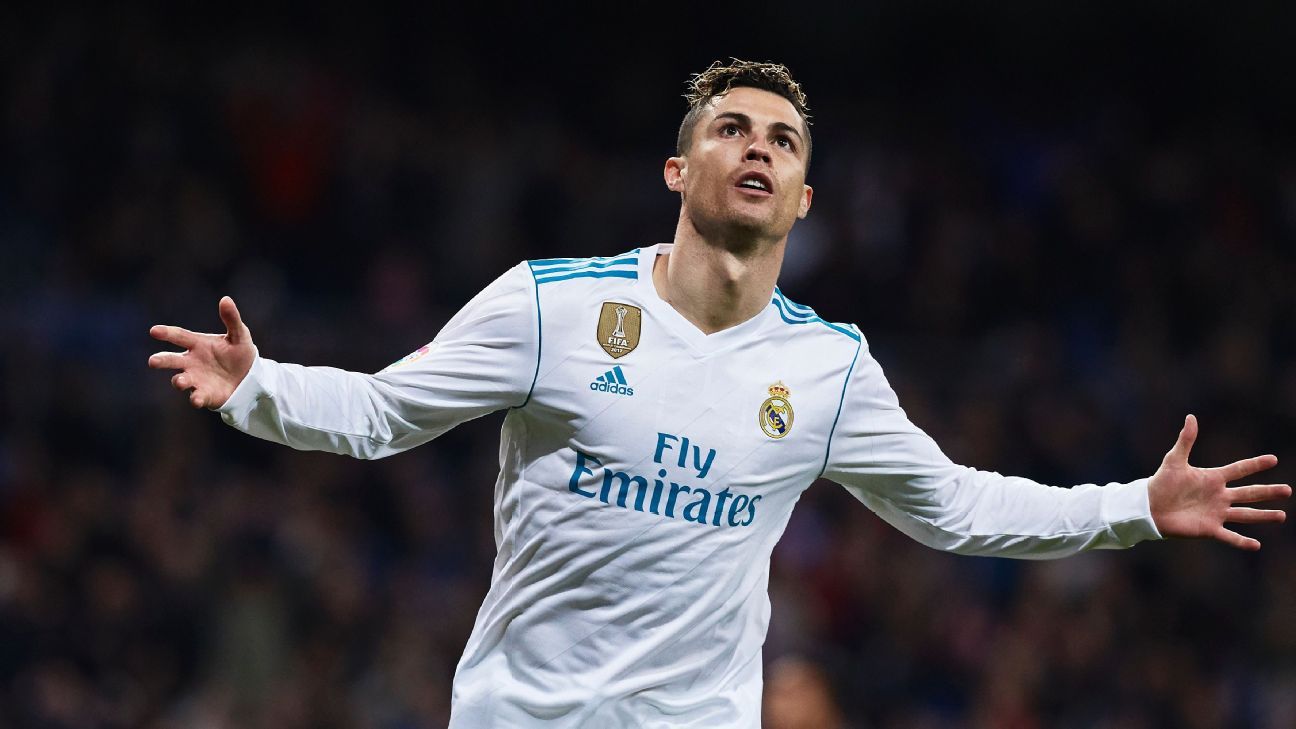 
Even in the midst of Cristiano Ronaldo’s remarkable scoring onslaught, two stark facts stand out.

He actually had copious chances over his barren first half of the season to hit the net as regularly as he’s now managing and had he done so, this would be shaping up as the most prolific goal-performance of his already historic career… at the age of 33. Despite the now ridiculous fact that Ronaldo managed a paltry four La Liga goals by mid-January, his current 37 goals in 35 matches (all competitions) leaves him about a millimetre short of the goal average he produced in 2014-15, when he ended with his all-time best total of 61 in 54.

However, this pugnacious, proud and ambitious man has taken reality and bent it to his will so often that it’s always important to add context to achievement rather than just adding it to a burgeoning list. It’s not enough to simply laud Ronaldo: his work merits examination.

Whether or not the remainder of his season produces the 22 goals he’d require to beat his own goal record in a single season — at the very most, he can play in 14 matches but has just notched 21 in his last 11 — is no more than an anecdote.

The context is that for more than half of the La Liga season, even when he was smashing an all-time Champions League group scoring record and becoming the first player to score nine in six games, this imperious striker looked like neither his left or right boot knew what his head was doing or saying.

The same guy who, right now, hasn’t simply mounted an extremely strong case that Madrid may win their third straight Champions League — no club has won this competition three times consecutively for 42 years — but also a fighting shout for yet another Ballon d’Or, had been performing with startlingly low levels of confidence, coordination, definition and assurance.

Okay, some of his goals owe a lot to superb “silver service” from his teammates. The main dish is beautiful and appetizing partly because the delivery from kitchen to table is exceptional. If you savour how, in recent weeks, Marco Asensio, Toni Kroos, Casemiro, Dani Carvajal, Lucas Vazquez, Luka Modric and above all Karim Benzema have served their team leader, then no-one can deny that Ronaldo has been given passes, crosses and even point-blank, open-goal opportunities that are meat and drink to a man of his excellence.

Three times in recent games, against Alaves, Getafe and Girona, Benzema has shown an innate understanding of Ronaldo’s movement and his instinct to place higher importance on the team leader scoring than on protecting his own Madrid future by increasing his currently impoverished goal total. That is probably the key relationship that defines whether Ronaldo is a man o’ war or a man of “what the heck was that?”

Put simply: when Benzema is at his best, Ronaldo looks (and scores) like twice the player he is normally.

However, think about what opposition defences have had to cope with in recent weeks. The assists have rained in from all directions: it’s been brutally hard to defend. If you think of Lionel Messi’s most profitable scoring channel, Jordi Alba running to the goal line and then cutting the ball back, you’ll instantly see in your mind’s eye how teams now over-populate that area in front of their near post and six-yard box so that it’s much more difficult for that tactic to work.

It’s only natural that the opposition spots a trend and tries to end it. However, Ronaldo has been fed from the right on the run from Carvajal for a headed winner, from the middle of the pitch and shunted into his path by Benzema, from left-to-right by Kroos against Girona for a vicious edge-of-the-box volley, left-wing to front post by Asensio… you get the picture.

It’s hard for teams to anticipate where Ronaldo will be, who will serve him or how he’ll finish. Their headaches increase with each passing week as he adds to his repertoire, then picks up a tap-in like he did from Benzema’s saved shot late on against Girona.

So: what the hell was happening in the first part of the season?

Before even considering the damage he did himself by getting both sent off and banned for the longest sanction of his career after pushing the referee in the Spanish Supercup first leg, there’s the unrecognizable level of technical control, confidence, calm and assertiveness in front of goal he showed from August to late January in the league.

There is a host of examples but let’s just pick on a handful. Against Getafe away, admittedly a game Madrid win and where Ronaldo scores, he fluffed the simplest of cushioned volleys from about three yards out when the most basic of touches would have brought him a goal instead of sending the ball wide from point-blank range.

Up in Girona, a game that Portu (who scored) admitted the Catalans had no belief they could win until half-time once they saw how poorly the champions were playing, Cristiano was given silver service by Isco and Kroos. The first crossed from the right to CR7’s left boot but the lack of control made it seem like he had a concrete block for a shoe: chance squandered. The latter was floated onto Ronaldo’s head, right in the middle of the penalty area, but his timing meant that an easy chance ballooned off his shoulder instead and Yassine Bounou collected easily, instead of picking the ball out of the net.

Against Atleti in the ill-tempered, tense and razor’s-edge Madrid derbi, a burst from Isco and then a perfect “assist” pass from Asensio into penalty box space would ordinarily have yielded a Cristiano goal: at the very least, it would have forced a save. Instead, the ball runs off his first touch, one that betrays all the technical excellence upon which his footballing domination has been based, and Lucas easily blocks for a corner having started the race as a distant second-favourite.

Cut forward to a calamitous Clasico for both Cristiano and Madrid. One moment especially stands out in the context of this argument.

Toni Kroos, from the left and with almost the identical service that produced Ronaldo’s viciously struck first goal against Girona on Sunday, laid the ball into CR7’s path at 0-0 within the first 10 minutes. Potentially, a crucial moment. Ronaldo took a fresh-air swipe as if both the pressure and split-second reactions were alien concepts to him.

Anyone who reads this analysis as criticism of Ronaldo or a failure to either appreciate or enjoy his last few weeks is kidding themselves. Football requires a true legend of the game like Ronaldo to retain his punching power for as long as possible. His stats prove that whether or not he’s in the pantheon of great technical players, he most certainly is in terms of goals and trophies.

I relish watching him and relish his achievements. It’s arguable, for example, that there hasn’t been such a “determining” striker in the Champions League since either Alfredo Di Stefano or, perhaps, Gerd Muller. It was a blink of an eye ago that Cristiano and Messi were like-for-like in Champions League goals: now the Madrid man is significantly ahead in terms of hitting the net and has played in both more finals and more winning finals than Barcelona’s genius.

Last December, in this column, I spoke about my belief that Ronaldo was a little like Tiger Woods: he needed to get back to the training ground and just sharpen up his basic skills in order to allow him to return to doing trademark remarkable things again.

This week I spoke to former Barca and Liverpool striker Luis Garcia about the comparison between Ronaldo, from August until mid-winter, and CR7, the current destroyer. Watching examples of his goalmouth fluffs and also his splurge of brilliant finishes, Luis immediately pinpointed how Cristiano looked physically ungainly and uncoordinated then, but supreme and balletic now.

I don’t claim to know for certain but the combination of three children born in the last eight months, two consecutive summer tournaments, a tax case, a long suspension from domestic football and commercial involvements that also drain time, focus and creative energy probably combined to strip this modern footballing behemoth of his scoring form. When added to his current exploits, this streak may well have made this Ronaldo’s greatest-ever season rather than simply one where he’s producing Herculean efforts in order to rescue his team.