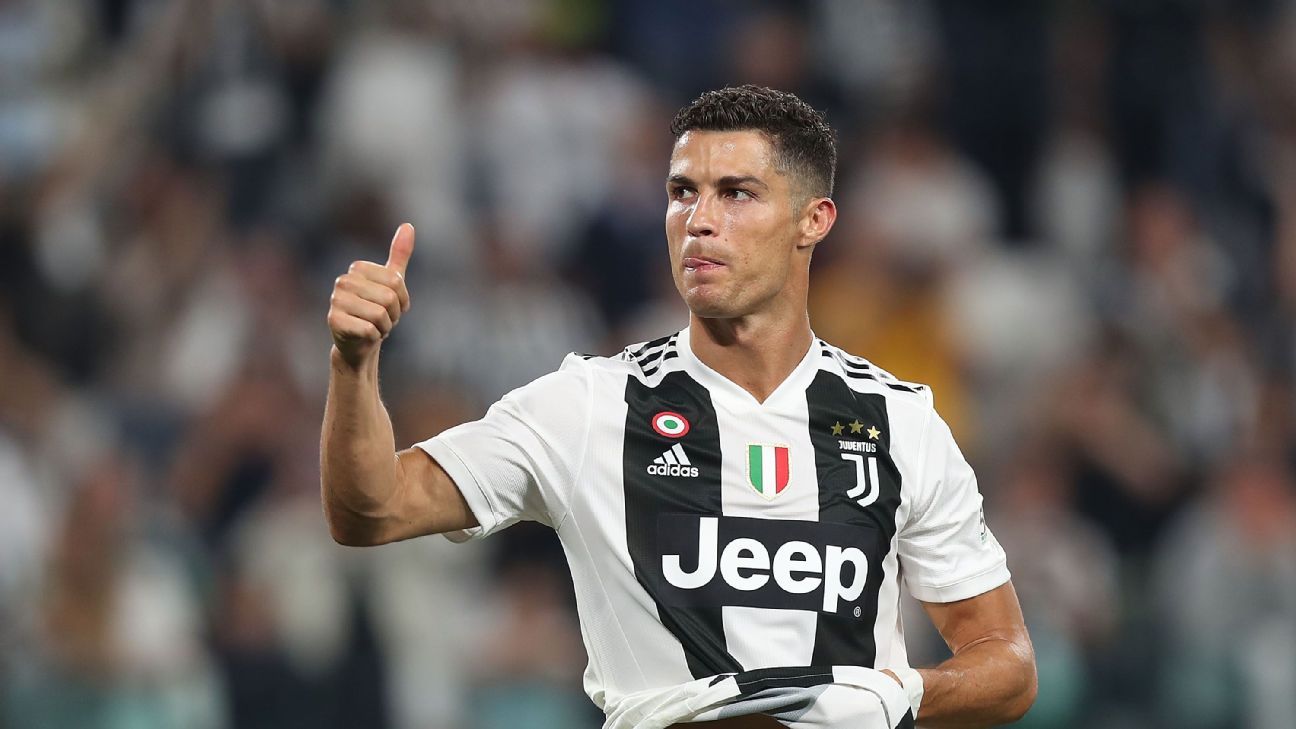 Ronaldo discussed the reopened police investigation in Las Vegas into a 2009 complaint involving Kathryn Mayorga, who says she was raped by the Portuguese footballer.

“The truth is always coming in the first position,” Ronaldo said Monday.

It was the first time Ronaldo formally addressed the allegation since he made a statement via Twitter on Oct. 3, in which he “firmly” denied the accusations and called rape “an abominable crime that goes against everything that I am and believe in.”

Ronaldo’s Las Vegas-based attorney, Peter S. Christiansen, acknowledged earlier this month that Ronaldo and Mayorga had reached a nondisclosure agreement in 2010, a year after the complaint was filed.

On Monday, Ronaldo brushed off questions about the case.

“I am a happy man,” Ronaldo said. “We did the statement two weeks ago, if I’m not wrong. I am glad. Of course, I’m not going to lie in this situation. I’m very happy. My lawyers, they are confident and of course I am, too.

“The most important is I enjoy the football, I enjoy my life. The rest, I have people who take care of my life. Of course, the truth is always coming in the first position. So, I’m good.

“I know I am an example. I know, 100 percent. In the pitch and outside the pitch. So I’m always smiling, I am a happy man, I’m blessed that I play in a fantastic club, I have a fantastic family, I have four kids, I am healthy.

“I have everything. So the rest, it doesn’t interfere [with] me. I’m very, very well.”

Earlier in the news conference, Ronaldo avoided a question about Real Madrid, who have struggled this season since his move to Italy.

“I don’t want to compare Juve and Real, they are both fantastic clubs,” he said. “This is a new chapter in my life. Now is not the time to speak about other clubs. The criticism of other clubs does not interest me and I am not the right person to talk about that.”

He did, however, speak fondly of another of his former clubs, United, ahead of his first time back at Old Trafford since 2013.

He said he will not celebrate if he scores after refusing to do so when he found the net for Real Madrid in a Champions League last-16 clash at the stadium five years ago.

“It is special for me to return to Manchester,” Ronaldo said.

“Here, I have many memories of victories and affection and in particular with Sir Alex Ferguson, to whom I send a big hug. He is a person who helped me so much.”

Ronaldo was also asked about controversy surrounding the Puskas Award for the best goal of the season.

His spectacular overhead kick for Real Madrid against Juventus was overlooked in favour of a Mo Salah strike, but Ronaldo insisted he is not concerned about the snub.

“I think this is not the most important,” he said. “I’m not obsessed with individual awards. I have to focus.

“The last two months at Juve have been amazing. I enjoy a lot to play there. Everything goes well, the team is fantastic.

“Awards for me don’t mean everything. It helps and they are good, but they are not an obsession. I win many trophies, so no problem.”