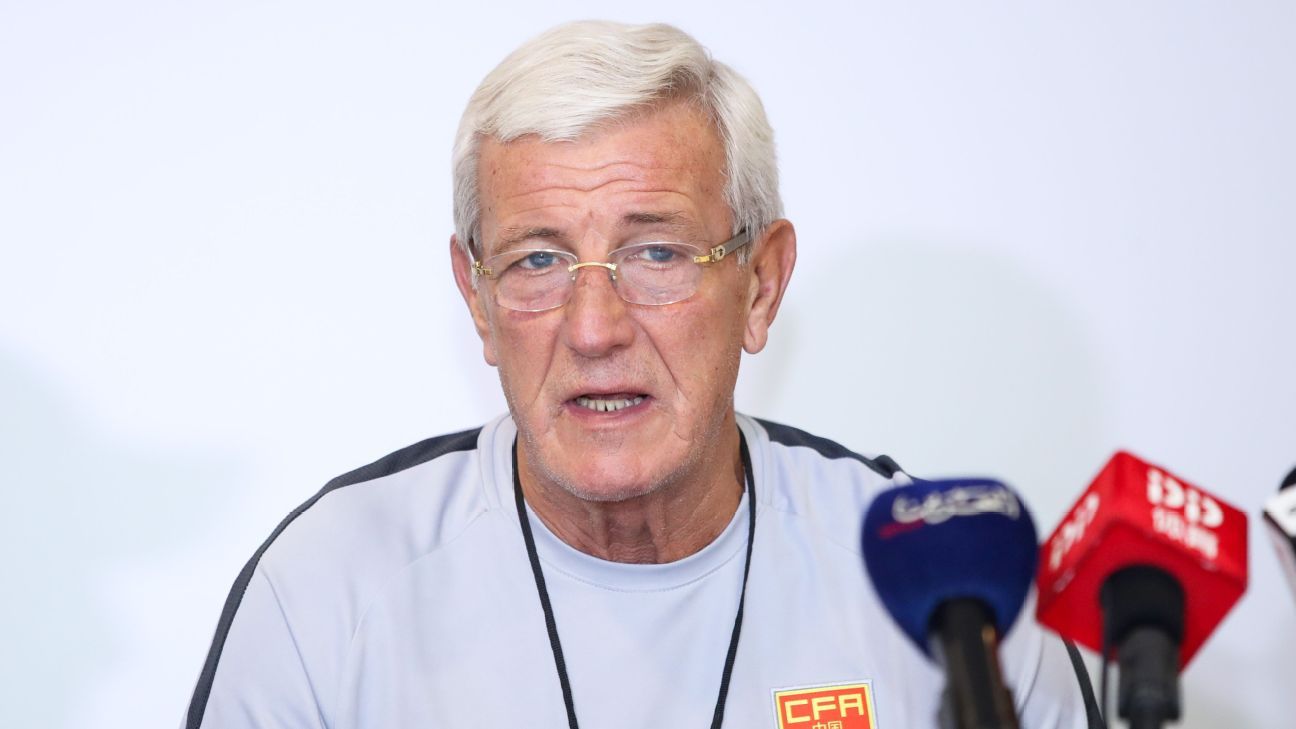 Ronaldo was sent off following a tussle with Valencia defender Jeison Murillo in the box during the Bianconeri’s 2-0 Champions League win on Wednesday. After the match, Massimiliamo Allegri claimed VAR would have reversed the decision — but UEFA president Aleksander Ceferin is against the idea of introducing the technology into European competitions, despite it being used across various top leagues.

And Lippi insisted the reaction of the footballing world to Ronaldo’s red card is further proof UEFA must make use of the new technology.

“Cristiano Ronaldo’s red card has undergone a sort of global VAR in the past few hours and in every angle of the planet there was an agreement that for a little scratch on the head, you cannot send a player off just because one person [the fifth official] had a hallucination and told the referee four times: ‘It’s a red,'” the China national team manager told Tuttosport.

“No, you cannot risk compromising a match and, above all, a competition, from the moment that the straight red could leave to a two-match suspension.

“It would be great if UEFA had a discussion along the likes of: ‘We were wrong. We can’t go back in time because Ronaldo has already been sent off and the match has finished.’

“But we realise the suspension would be absurd, so no suspension and let’s immediately introduce VAR in the Champions League.”

Lippi has been managing in China, where VAR is used, since 2012 — and the 2006 World Cup winning manager said he cannot understand UEFA’s reluctance to use it in the various European competitions.

“It is incredible,” he said. “UEFA are the only important organisation not to use VAR for a competition such as the Champions League which, after the World Cup, is the biggest.

“And, because of that, incidents like that in Valencia can happen.”