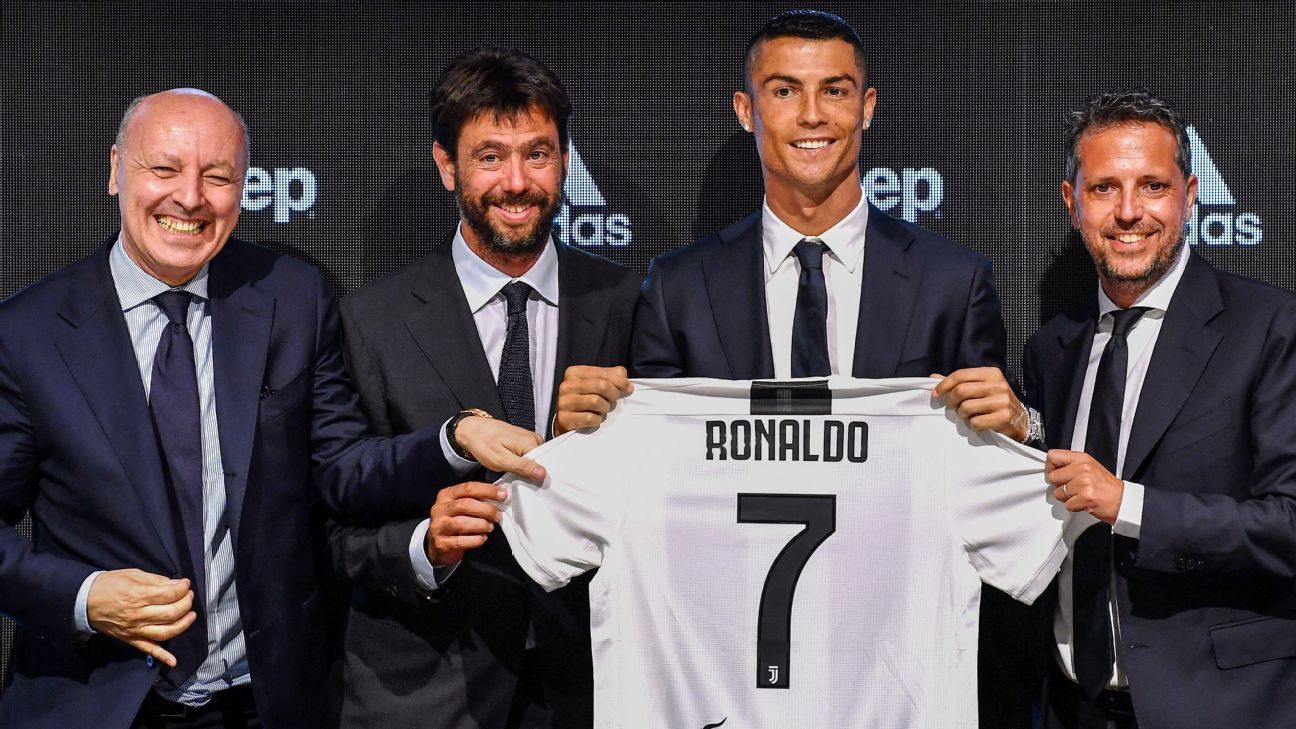 
Juventus’ general manager Beppe Marotta said Cristiano Ronaldo deserved to win UEFA’s Player of the Year honour on Thursday and defended the player’s decision not to travel to Monaco for the ceremony.

Ronaldo was named UEFA Forward of the Season for leading Real Madrid to a third straight Champions League title before his summer move to Juve, but he lost out on the top award to his former teammate Luka Modric.

Marotta told Sky Sport Italia that he thought Ronaldo was more deserving of the Player of the Year after scoring 15 UCL goals in the last campaign, but he denied any implication that his absence at the ceremony cost him the award.

“It was a personal decision that he took today, and we want to respect it,” Marotta said, adding that Ronaldo had only informed of his decision earlier on Thursday. “From our side, we are very disappointed about this decision [to award Modric].

“I say this as a director since this award is for the Champions League and not the World Cup, and Ronaldo gifted some great emotions in this competition. I don’t take anything away from the decision of the journalists and coaches, but I would have voted Ronaldo.

“The fact he did not come is a decision that has to be respected. It was a personal choice and nothing to do with the decision [to award Modric].”

“Football is played on the field and that’s where Cristiano won,” Mendes told Record. “He scored 15 goals, carried Real Madrid on his back and conquered the Champions League again.

“It’s ridiculous, shameful. The winner is not in doubt, as Ronaldo is the best in his position.”

The awards were only a sideshow at the event compared to the Champions League draw, as Juventus were drawn against Ronaldo’s former club Manchester United as well as Valencia and Swiss champions Young Boys.

Despite the quality of the other teams in Group H, Moratta still said he saw his side as one of the favourites to win the competition.

“I think it will all depend on our attitude. Each single game will be decisive and we need to continue with the characteristic which Juve always have, which is of being a determined, motivated side,” he said. “We are one of the favourites and we don’t need to hide from this. With Cristiano Ronaldo, we wanted to increase the quality of the team.”

Juventus coach Massimiliano Allegri welcomed the challenge, writing on Twitter: “It’s a demanding group with teams of great value, great tradition and historic stadiums: This is the new Champions League!”

United have won their last three games against Juventus — a famous semifinal triuph in 1999 and a pair of clashes in the 2002-03 season.

Valencia will be facing Juventus for the first time and will be looking for their first-ever Champions League win over United, who could bring former Valencia players Juan Mata and Andreas Pereira back to the Mestalla. Joao Cancelo joined Juventus from Valencia in June.

Young Boys will be making their debut in the group stage after falling in the playoff round the past two years.

“Juventus have become even more special with Cristiano Ronaldo and Manchester United have a top-notch charismatic team boss in Jose Mourinho,” coach Gerry Seoane said. “Valencia have invested heavily in the team with financially strong investors from Singapore, and of course we are blatant outsiders, but we want to benefit from these highly attractive games.”