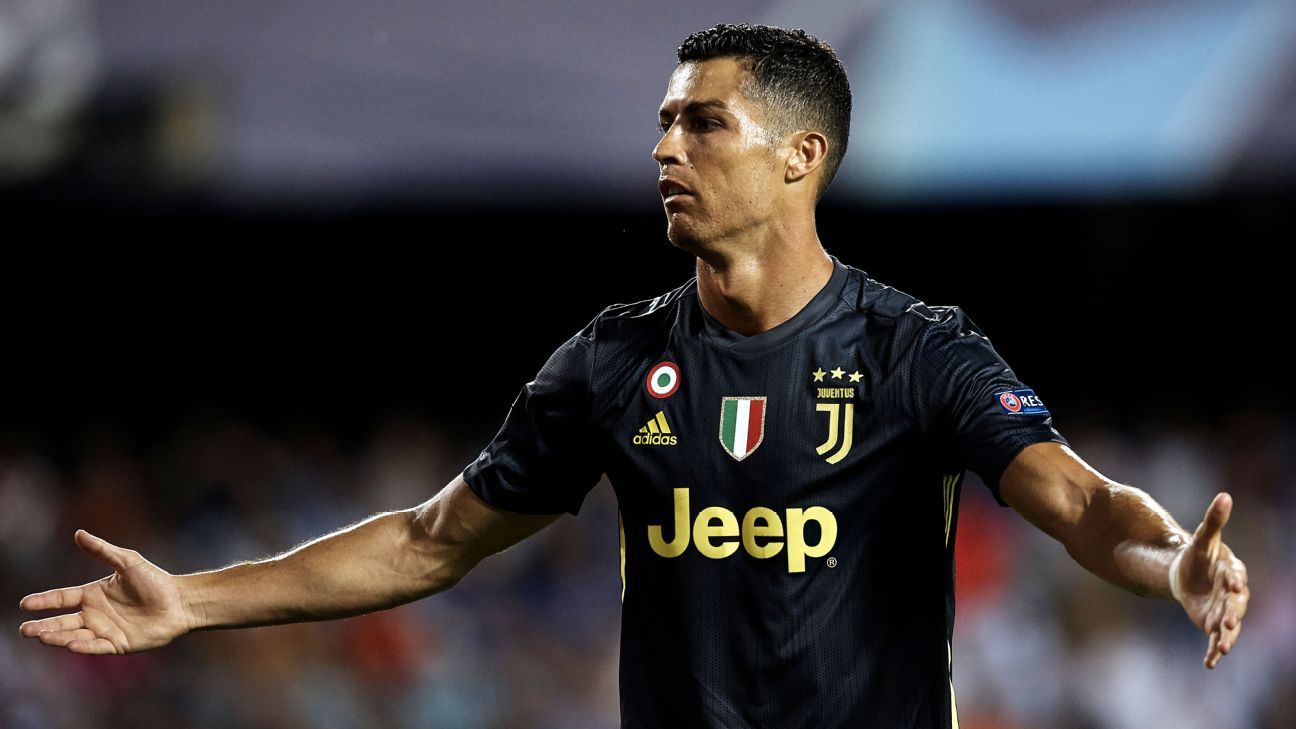 The 33-year-old was sent off during the Italian champions’ 2-0 win over Valencia on Wednesday for tugging the hair of defender Jeison Murillo.

He is set to serve an automatic one-match suspension which will rule him out of the home game against Young Boys on Oct. 2.

UEFA’s Control, Ethics and Disciplinary body will meet on Sep. 27 to decide whether to extend the ban.

But sources say it is unlikely the Portugal star will be hit with a two or three-game suspension, meaning he will be available to play at Old Trafford on Oct. 23 and in the return match in Turin on Nov. 7.

An extended ban would have denied Ronaldo, who joined Juventus for €100 million in the summer, the chance to face the club he left for Real Madrid in 2009.

He has lined up against United twice since his move to the Bernabeu, scoring in both games as Real Madrid knocked Sir Alex Ferguson’s side out of the Champions League in 2013.

United and Juventus both won their opening games in Group H on Wednesday. United won 3-0 at Swiss champions Young Boys.