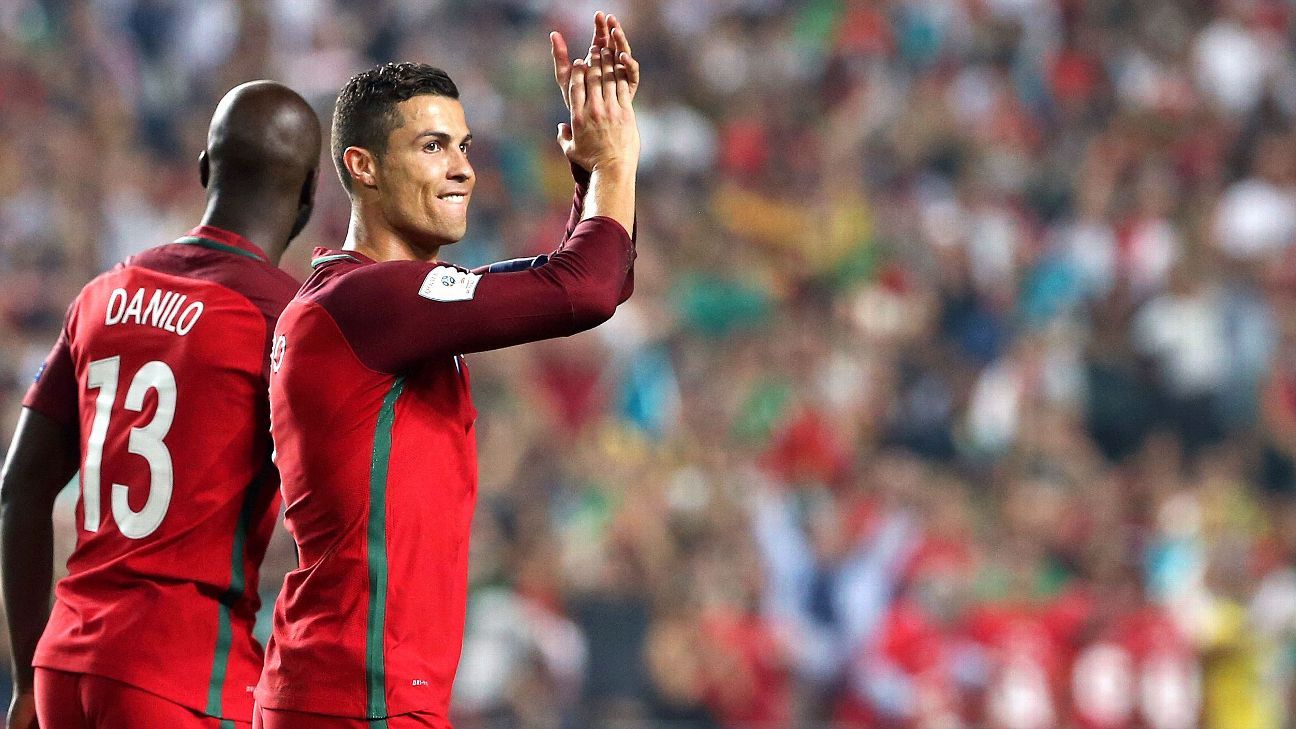 
Cristiano Ronaldo has been left out of Portugal’s squad for this month’s friendly against the United States.

Ronaldo will not play when Portugal host Saudi Arabia on Nov. 10 and the United States on Nov. 14.

Portugal coach Fernando Santos also did not include veterans Ricardo Quaresma and Nani in his 24-man list.

“There are absences for different reasons,” Santos said on Friday. “Some are my option, others are because of injuries. We will take this opportunity to analyze some players during practice and the games. I’m responsible for evaluating these players so I can make the best possible choice for the 23 who will make it to the World Cup.”

Santos said the friendlies will give Portugal a chance to play against two nations with styles that his players “rarely” get to face.

European champions Portugal secured a World Cup spot by winning Group B ahead of Switzerland and Hungary.

The friendly will be the United States’ first game since failing to qualify for the World Cup and parting ways with coach Bruce Arena last month. The U.S. squad, to be coached by Arena’s former assistant Dave Sarachan, will be announced on Tuesday morning.