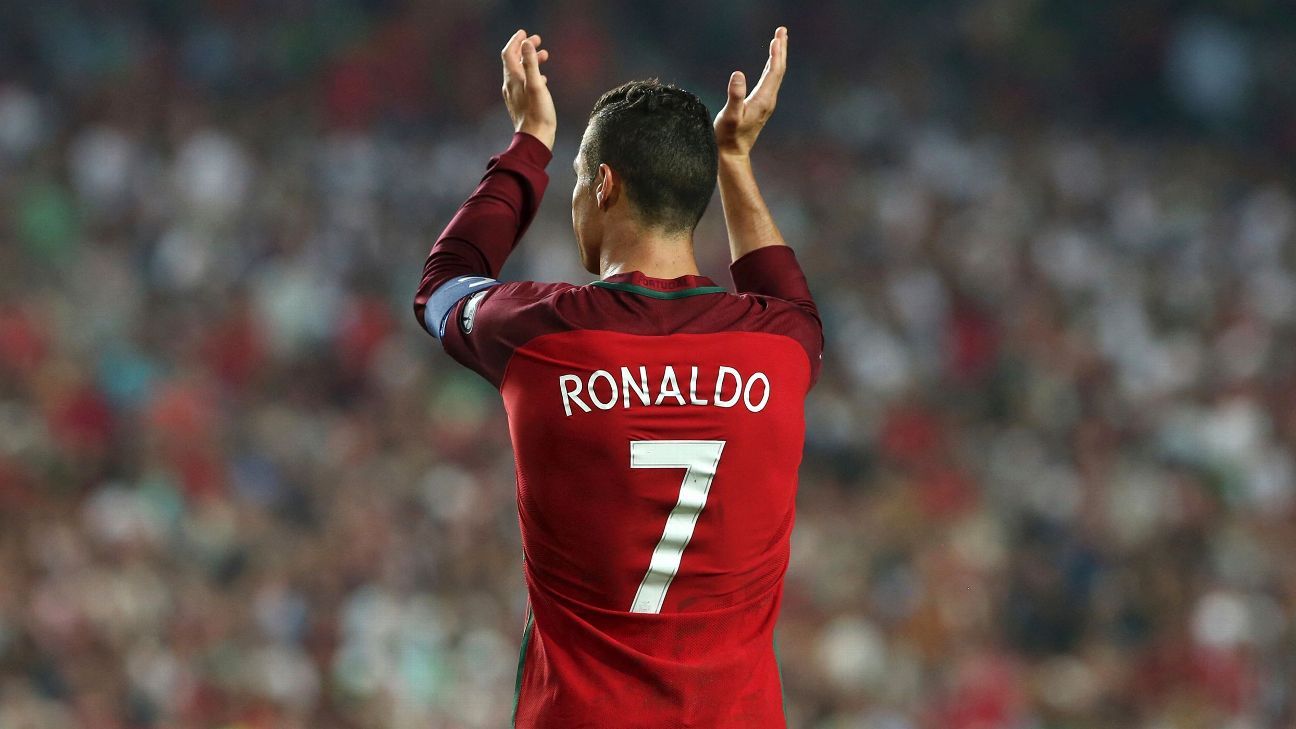 Real Madrid star Ronaldo netted nearly half of Portugal’s 32 goals but did not score in the 2-0 win over Switzerland on Tuesday that ensured the European champions finished top of the group ahead of their opponents.

And Borussia Dortmund defender Guerreiro told SFR Sport the captain had never been in better form, saying: “You see what he gives on the pitch — he runs himself into the ground for the team. So of course he’s someone we rely on.

“I think he’s in the best spell of his career. He’s been really at the top in the last two years and he keeps going, but that’s normal because he works at what he does on the pitch.

“I’m not at all surprised by what he can still do today.”

Ronaldo saluted Portugal’s team effort on social media after they secured their qualification for next summer’s World Cup.

Fitness permitting, the Madrid man will appear at his fourth finals and an eighth straight major tournament in Russia next year.

Great team effort! Thank you all for your support. Russia, here we come!!👍🏽🇵🇹 pic.twitter.com/cEPJWCDA2R

But for a brilliant Yann Sommer save late in Tuesday’s match in Lisbon, Ronaldo would have joined Poland’s Robert Lewandowski on a record-breaking 16 goals in qualifying.

He has struck 79 times in 147 international matches, and Guerreiro pointed to his influence in Saturday’s win over Andorra, in which he made the breakthrough after coming off the bench.

“Even though it wasn’t his best game, he managed to break the deadlock and gave the players confidence,” Guerreiro said.

“He’s the most important player in the team, and he gives extra confidence to the others.”

Portugal midfielder Bernardo Silva says the team will be heading to Russia looking to win the tournament as they managed to do at Euro 2016.

“We knew we had to win and fortunately with the support of all the Portuguese we got the victory and the qualification for the World Cup,” the Manchester City man told the Portuguese Football Federation’s official website.

“Fernando Santos gives a lot of confidence to the players. We are now looking forward to a good campaign in the World Cup. We have entered every game to win, it is the strength that our coach and teammates convey to us, and we know that when we believe and think in this way, we are closer to winning.