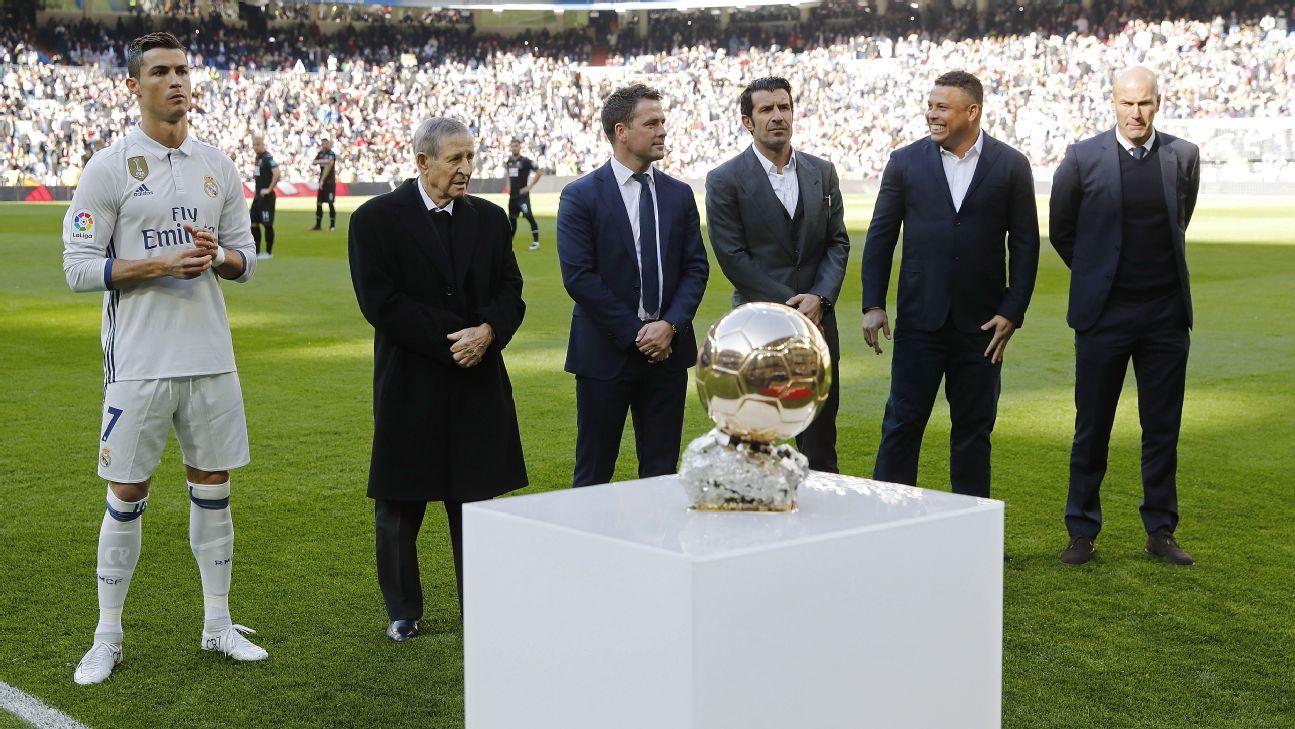 
Cristiano Ronaldo’s departure from Real Madrid really does mark the end of an era.

Ronaldo joined Juventus this summer and, unless Los Blancos sign Lionel Messi from arch-rivals Barcelona — which, despite how crazy the transfer market has become simply will not happen — they will start the campaign without a Ballon d’Or winner in their squad for the first time since the 2000-01 season.

This marks a clear shift away from the famed Galacticos period during Florentino Perez’s first spell as president, where the club looked to buy the world’s best players. He was first elected in 2000 on the promise he would sign Luis Figo from Barcelona — and duly delivered with a world record £37million deal.

At this stage, Real Madrid did not have a single player who had won the Ballon d’Or, and hadn’t since Alfredo Di Stefano left in 1964. But Figo went on to claim football’s highest individual honour that year.

The following summer, the club signed Zinedine Zidane, who had claimed his prize in 1998, before adding World Cup winner Ronaldo in 2002. The Brazilian won his second gong that December.

Real Madrid took a slightly different route in the next few seasons and the next Ballon d’Or winner to arrive was Michael Owen in 2004. He had beaten off all competition to win the award in 2001, when he helped Liverpool win the League Cup, FA Cup and UEFA Cup.

In 2006 — the year Perez stepped down — the club took advantage of Juventus’ relegation for match-fixing by taking manager Fabio Capello, midfielder Emerson and defender Fabio Cannavaro. The latter would claim the Ballon d’Or award that December after leading Italy to World Cup glory.

Perez returned in 2009, and broke the world transfer record twice to sign the two previous winners of the Ballon d’Or in Kaka (2007) and Cristiano Ronaldo (2008). Since then, only Ronaldo and Messi have claimed the award, meaning there are no more active winners.

Normality could be resumed by December with Real Madrid duo Raphael Varane and Luka Modric among the frontrunners for this year’s award.

18 years of the Ballon d’Or at Real Madrid