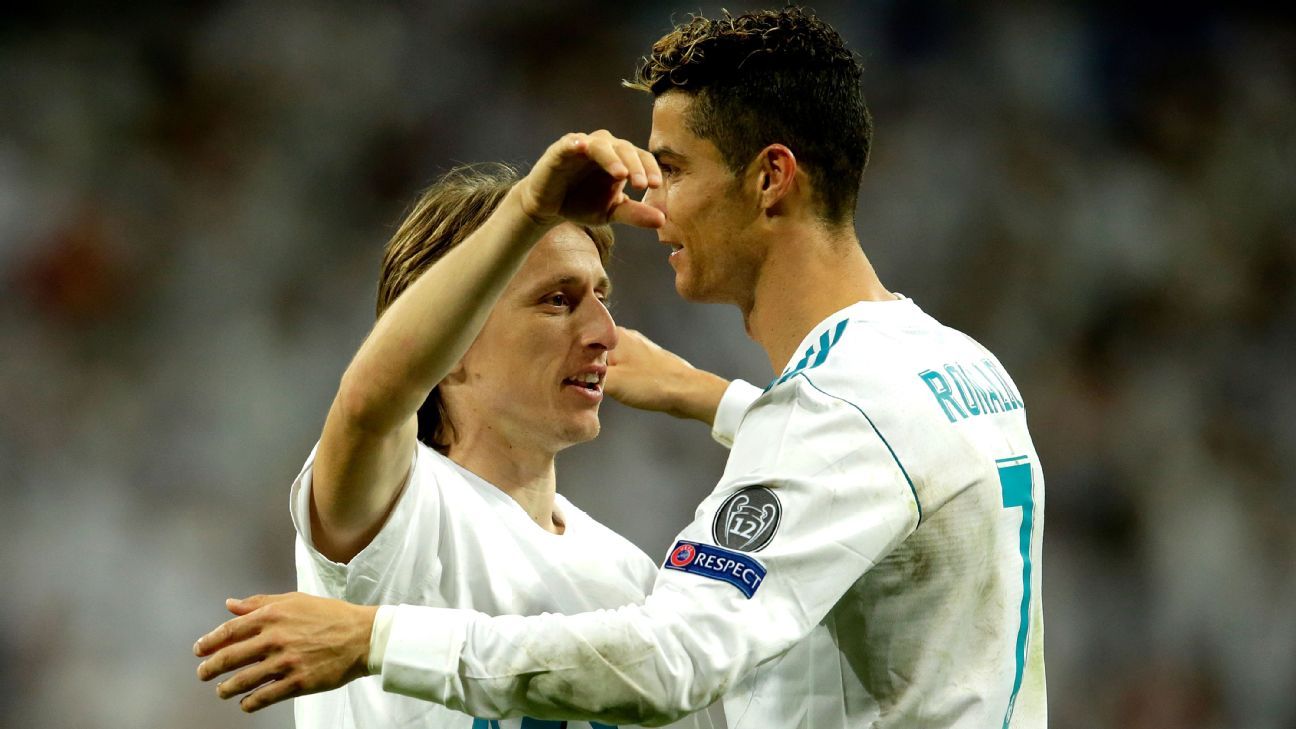 
Luka Modric said Cristiano Ronaldo sent him a text message telling him he deserved to win UEFA’s Player of the Year award.

Modric received the honour last week, edging out Ronaldo and Mohamed Salah, after winning the Champions League with Madrid and helping Croatia reach the World Cup final. He also joined Ronaldo and Salah on the shortlist for the FIFA Player of the Year award on Monday.

Ronaldo, who did not show up to the ceremony, was trying to win UEFA’s award for the third consecutive year.

“I have a good relationship with Ronaldo,” Modric told RTP3 after Croatia’s 1-1 draw with Portugal on Thursday. “It’s still the same. For me, the individual awards are important, but the collective ones are more important than individual ones. I’m not obsessed with these. We’ve already spoken.

“He sent me a message to congratulate me. He said he was happy for me and that I deserved it. He also said he would like to see me soon. That’s it. We have a good relationship.”

Agent Jorge Mendes said it was a disgrace that Ronaldo did not win the UEFA award and left during the ceremony, although he claimed he did so to tend to transfer business.

“He scored 15 goals, and carried Madrid on his back to win another Champions League,” Mendes said at the time. “It’s just ridiculous — a disgrace. There is no doubt about the winner. He is the best in his position.”

Zlatko Dalic, Croatia’s coach, said earlier this week he would not want Ronaldo on his team because of his ego, but clarified on Thursday that he did not mean his claim to sound negative.

“Ronaldo is one of the best players in the world, in my opinion,” Dalic said. “This was part of my answer to the question because Ronaldo wasn’t at the award ceremony. I said that it was a little bit selfish, but the truth is that I didn’t want to sound negative. I was misunderstood.”

“A champion of that level looks to score as much as possible and he’s working for that,” Trezeguet told Sky Sport Italia. “He’s just getting to know his teammates and taking on board the methods of his new coach. He’ll score again because he’s incredible. I hope he’ll do it quickly for the good of Juventus. He’s very calm because the team is winning and has to continue developing with him.”