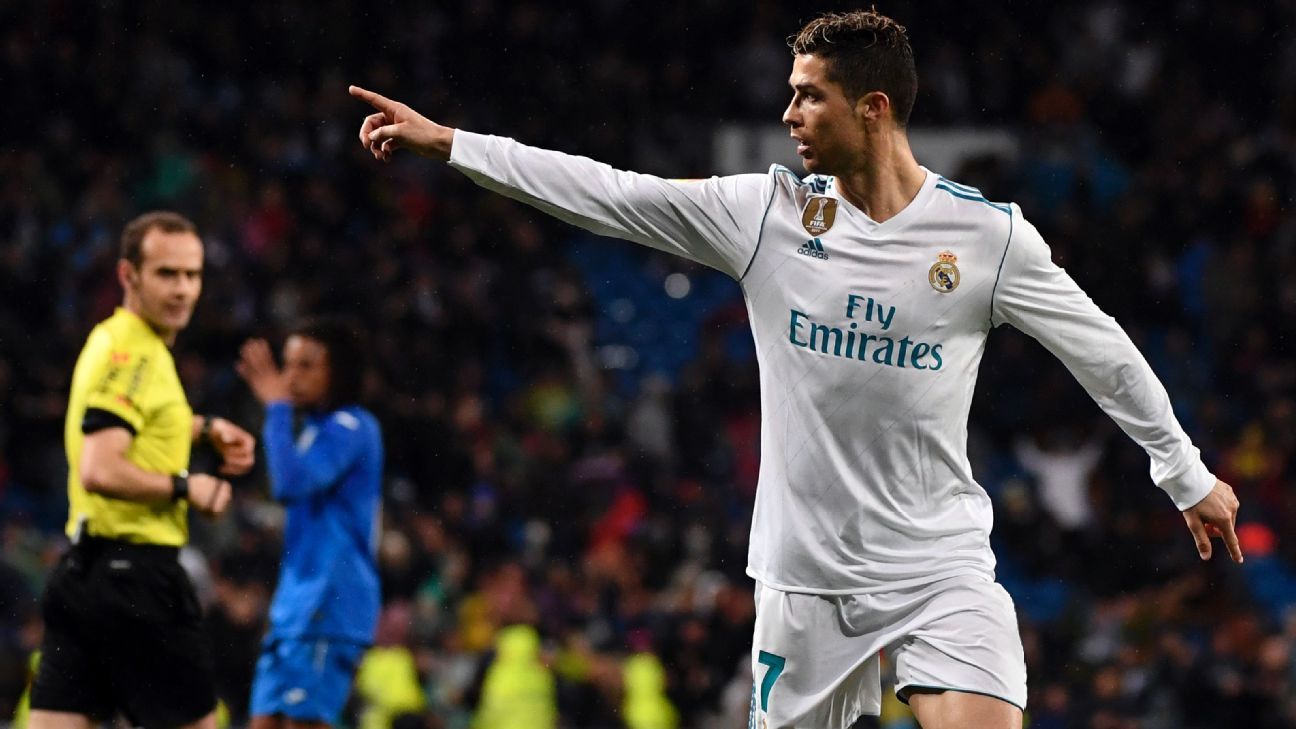 
Real Madrid star Cristiano Ronaldo has reached yet another landmark in his career, with his first strike in Saturday’s La Liga game at home to Getafe taking him to 300 La Liga career goals.

Ronaldo reached the mark just before half-time at the Bernabeu, when he took Karim Benzema’s clever disguised pass, held off his marker and steered a low shot to the net from 15 yards.

The Portugal captain is only second player ever to reach 300 in the Spanish league — Barcelona’s Lionel Messi is the other — but Ronaldo did it in 48 games fewer games: 286 compared to 334 by Messi, who reached his triple century last February at Sporting Gijon.

Real Madrid claimed that Ronaldo had already reached 300 La Liga goals last week with his double strike in the 4-0 victory at home to Alaves. The discrepancy stems from a 2010 goal which official records credit to Pepe, who deflected in a shot against Real Sociedad.

After a slow start to the domestic season, Ronaldo has accelerated his scoring rate through recent weeks, and now has 16 goals in 21 La Liga games. The reigning Ballon d’Or holder has 30 goals in 32 club outings so far in 2017-18, including 11 in his first seven Champions League appearances.

Madrid’s record goal scorer now has a total of 436 goals in 426 matches across all competitions for the club.

The 33-year-old has scored in his last eight meetings with Getafe, and has 23 goals in 13 meetings with the team from the Spanish capital’s suburbs, making them his second favourite La Liga “victim” behind Sevilla, against whom he’s scored 27.

Barca star Messi is La Liga’s highest-ever scorer with 372 goals in 408 appearances. Beyond Messi and Ronaldo, the league’s next highest scorer is Telmo Zarra, who scored 251 goals in 277 games.