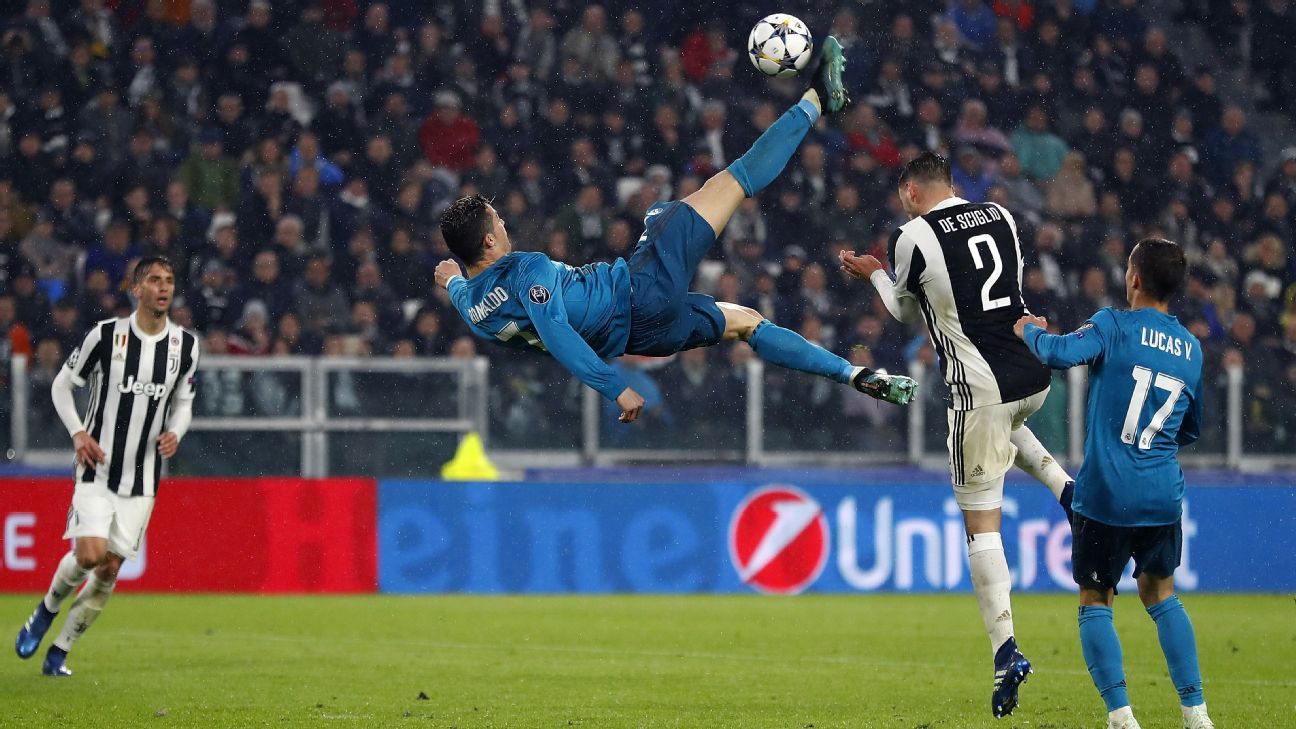 
Cristiano Ronaldo’s overhead kick against Juventus in this season’s Champions League quarterfinals was better than Gareth Bale’s against Liverpool in the final, according to UEFA’s Technical Observers.

Ronaldo’s spectacular effort in Real Madrid’s 3-0 first leg victory in Turin in early April was immediately hailed as one of the greatest goals of all time, only for Bale to score an almost exactly similar goal on an even bigger stage in Saturday’s 3-1 victory in Kiev.

The task of deciding which of the two strikes was better went to UEFA’s team of Technical Observers who compiled their best 10 goals of the 2017-18 Champions League season. And they chose Ronaldo’s effort as No. 1, saying it was “an extraordinary display of technique and athleticism.”

Bale’s strike came second on the list drawn up by the experts, who described it as “the crucial goal to make it 2-1 in the final, another brilliant acrobatic finish.”

Both Ronaldo and Bale have a second goal on the list, with Bale’s side-footed volley in September’s group stage win at Borussia Dortmund rated No. 6, and Ronaldo’s long-ranger in December’s return meeting with Dortmund in at No. 10.

Juventus striker Gonzalo Higuain’s clever strike in the round of 16 second leg against Tottenham was rated the third best goal of the season in the competition, while another bicycle kick from Atletico Madrid’s Antoine Griezmann against Roma in the group stages was chosen as No. 4.

Also on the list were Roma’s Edin Dzeko’s volley against Chelsea [No. 5], Shakhtar Donetsk’s Fred’s free kick against Roma [No. 7], Manchester City’s Kevin De Bruyne’s belter versus Shakhtar [No. 8] and Lorenzo Insigne’s long-ranger also against Shakhtar [No. 9].