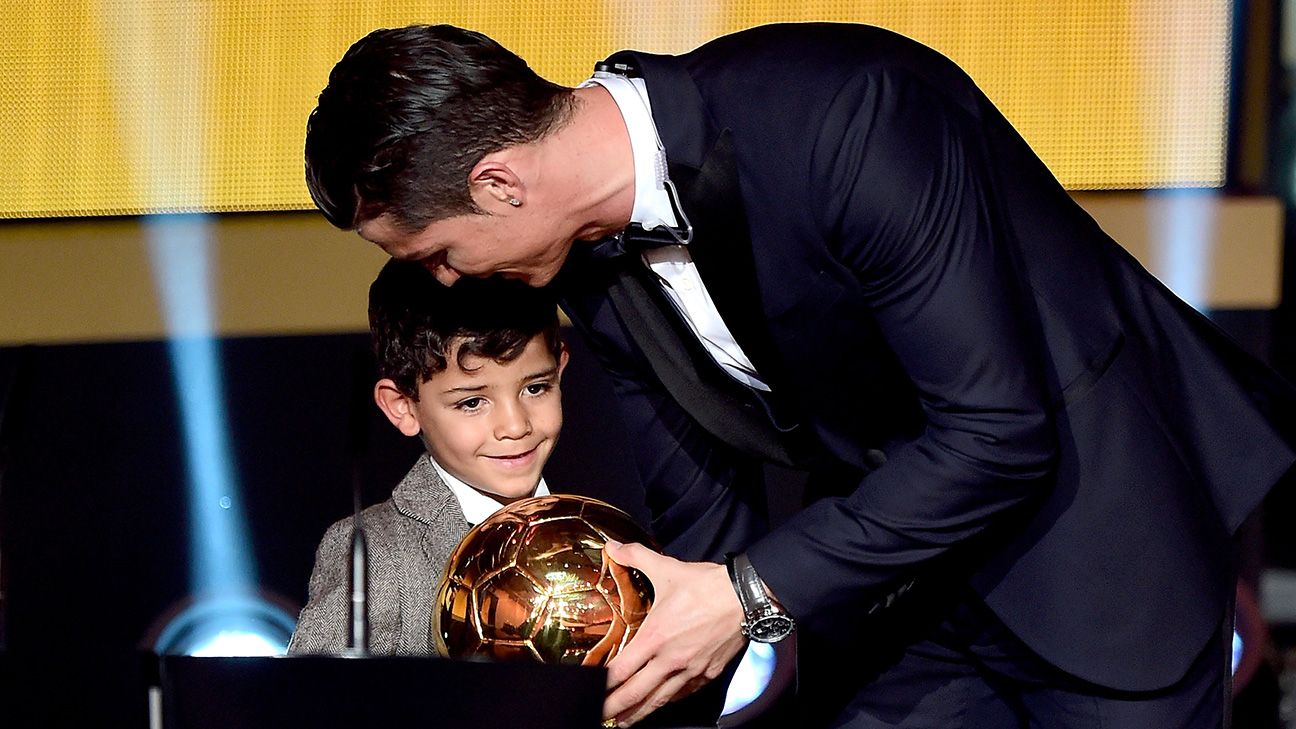 
While his father was busy being presented with the Champions League trophy, Cristiano Ronaldo Jr. took to the Bernabeu pitch for a kick-about with a few other Real Madrid offspring.

Despite the glitz and glamour of the occasion, it was the youngsters who drew the attention of the crowd, as Ronaldo Jr. dazzled with a bit of silky footwork inside the 18-yard box.

The apple doesn’t fall far from the tree, it would appear. Some of those twists and turns were lifted directly from his father’s playbook.

Seems that you don’t grow up as the son of Cristiano Ronaldo without picking up a few tricks of the trade.