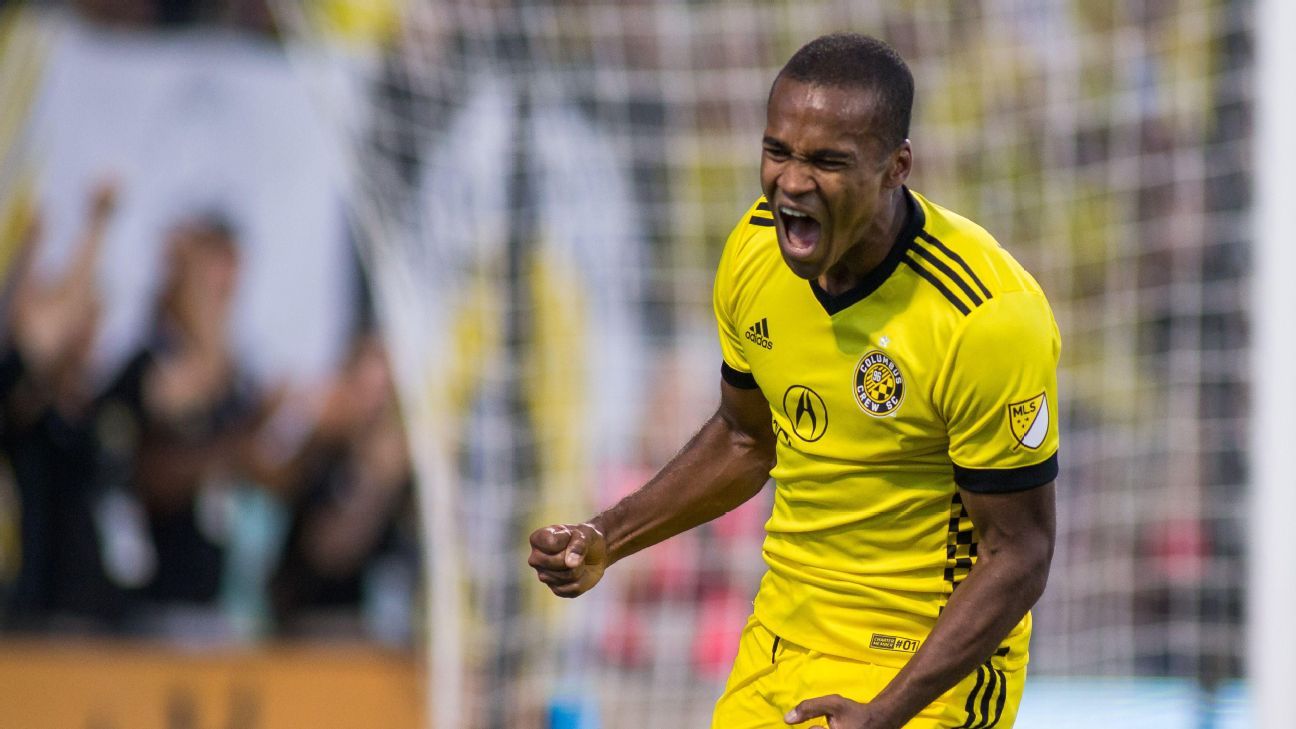 
Ola Kamara will prepare for Columbus Crew SC’s next test in the MLS playoffs by playing for Norway over the international break.

Norway called up Kamara for their upcoming friendlies against Macedonia and Slovakia, ending a three-year wait for the striker to be recalled to his national team.

Kamara, 28, had not been called up since moving to MLS, and he had recently spoken of his frustration on being left out of the Norway squad despite his fine form.

“Now I have had two strong seasons that are better than most Norwegian players, except [Bournemouth’s] Joshua King,” Kamara told VG last month. “I have shown good scores over two seasons, with 34 goals.

“I should have been on the national team, but I also know that coaches choose players who fit into their playing style … My achievements are good enough. The league is good enough.”

Kamara scored 18 goals in the regular season for Columbus and added another in the first leg of Crew SC’s Eastern Conference semifinal victory over New York City FC.

He will return to his club in time for the conference final against Toronto FC, which begins Nov. 21.