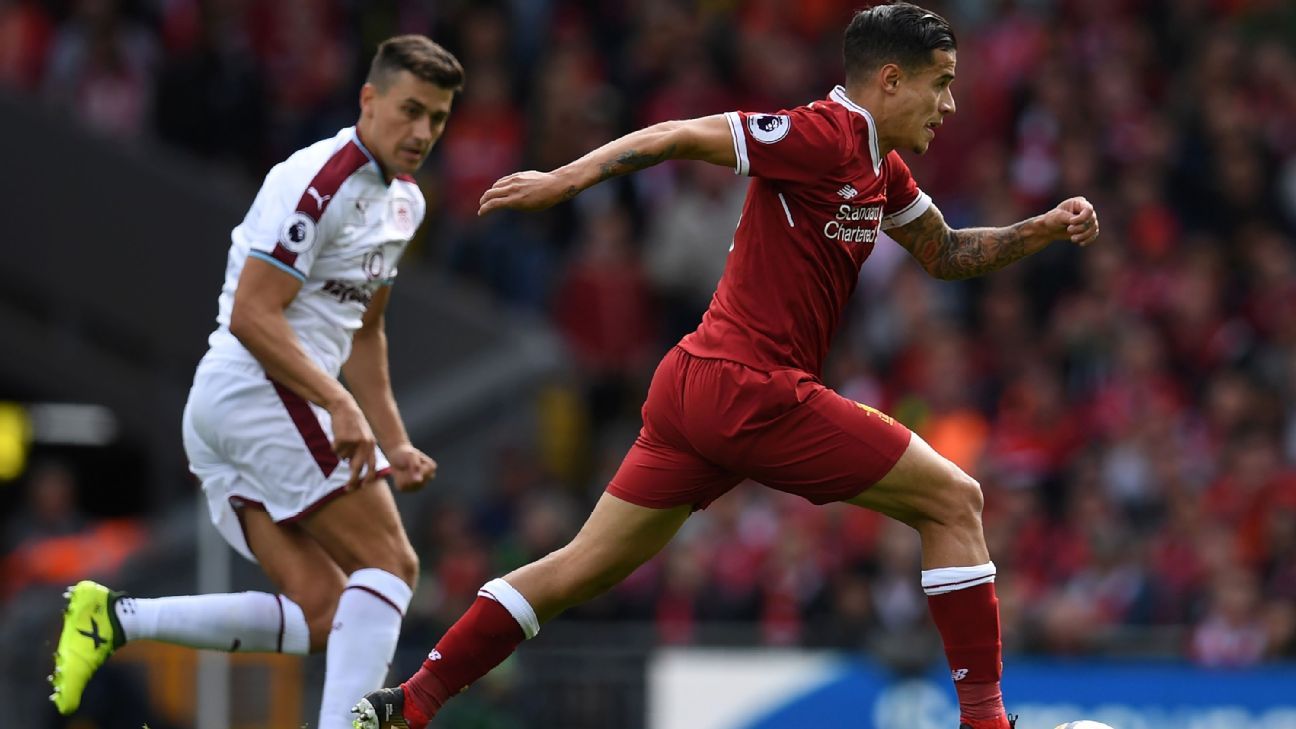 
Saturday’s 1-1 home draw with Burnley was an all too familiar tale for Liverpool. Some of the football played was terrific, but they were wasteful in front of goal and suspect at the back. They should have won the game, yet they could easily have lost it despite dominating from start to finish.

There was not too much wrong with the overall performance and the Reds had little trouble creating chances, which has not always been the case in these type of fixtures. On another day they’d have taken two or three of the chances created and this would be seen in a completely different light.

The defending continues to undermine everything. Opponents don’t need to do anything special to score against Liverpool and Burnley’s goal was so easily avoidable.

It could easily have been worse too, as a lack of communication handed the Clarets a late corner that almost resulted in a goal for an unmarked Ben Mee.

6 — Jurgen Klopp made seven changes to the side that drew 2-2 with Sevilla in midweek. His team dominated the game and certainly looked fresh, so his selection was not the reason two points were dropped.

It’s difficult for a manager to do anything about the type of errors that led to Scott Arfield’s opening goal, but if there is one criticism it’s that Klopp possibly should have made his substitutions earlier.

GK Simon Mignolet, 6 — Made an important save late on to deny Mee and generally dealt with the aerial stuff confidently throughout. Left badly exposed for the goal, but he’s no doubt used to that by now.

DF Trent Alexander-Arnold, 5 — Strangely subdued display from a young player who is normally so positive and effervescent. His delivery frequently let him down, much to the annoyance of Klopp on the touchline, although he went close to scoring late on when he forced a good save out of Nick Pope.

DF Joel Matip, 6 — Made a vital clearance off the line late on but should have done better for Burnley’s goal. Never really looked comfortable dealing with the aerial power of Chris Wood.

DF Ragnar Klavan, 5 — Largely at fault for the Burnley goal as he challenged for a ball that Matip was going for, and when neither of them got it Anfield was left all alone in the space he vacated. Also conceded a corner late on when he went for the same ball as Emre Can, even though there was no Burnley player in the vicinity.

DF Andrew Robertson, 7 — Another promising performance from the Scot. Defensively he was rarely tested although he did make one terrific near post challenge early on. Going forward he was positive and assured, and went close to scoring late on but dragged his shot just wide.

MF Emre Can, 6 — Created Mo Salah’s goal with a fine pass and also went close to a spectacular late winner, but then he got involved in an unnecessary spat with Jack Cork in stoppage time which only served to kill the momentum Liverpool had been building.

MF James Milner, 7 — Finally given a start after being left on the bench since the start of the season, the veteran performed as you’d expect: combative, intelligent and energetic. Almost created a late winner with a fine run and terrific cross to the back post, but Alexander-Arnold’s shot was well saved by the keeper.

MF Philippe Coutinho, 6 — Always wanted the ball and never hid, but the Brazilian was hugely frustrating at times as too often he tried to force things with his final ball or shot. His ability to receive possession and elude challenges caught the eye, but unfortunately he left his shooting boots at home and failed to hit the target with numerous attempts.

FW Daniel Sturridge, 6 — Looked sharp in possession and created space for himself around the edge of the penalty area on several occasions, but too often his shooting let him down. Went close with one fabulous chip early in the second half that just drifted over the crossbar.

FW Roberto Firmino, 6 — The Brazilian is never as effective when deployed in wide areas but his work rate and close control drew applause from the crowd on several occasions. Did not pose any real goal threat, though, and it was no surprise when he was withdrawn late on.

FW Mohamed Salah, 7 — Very lively in the first half and had several efforts on goal, the best of which resulted in the equaliser. Not as influential after the break but probably should have been awarded a late penalty when he surged into the box and was felled by Mee.

FW Dominic Solanke, N/R — Lively cameo from the youngster who looked a big threat due to his movement and strength in the penalty area. Desperately unlucky not to score when his close range snapshot hit the crossbar.

MF Alex Oxlade-Chamberlain, N/R — Came on for the final 12 minutes but didn’t see a great deal of the ball and probably should have been brought on earlier.