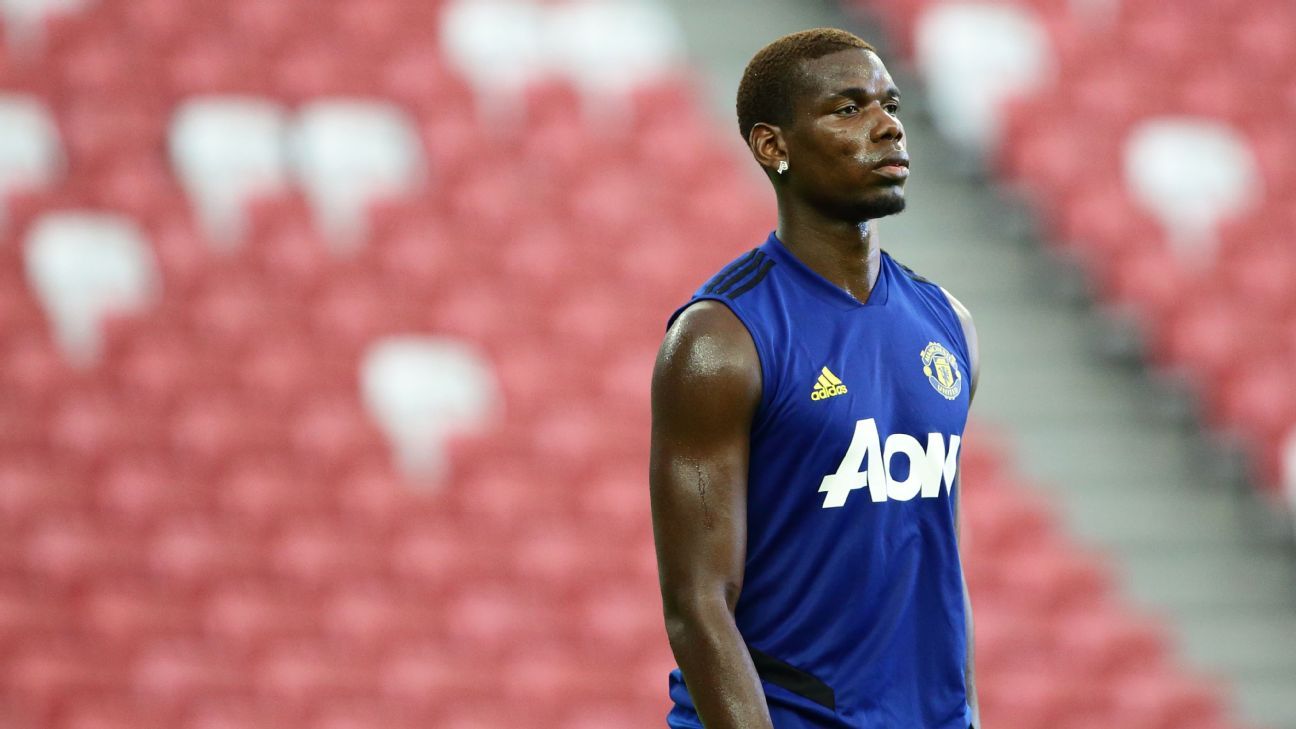 Manchester United have already lost Paul Pogba for free once, and according to The Athletic, it could be about to happen again.

The France international reportedly is reluctant to renew his contract with the Red Devils, which keeps him at Old Trafford until 2022.

However, making an immediate exit does not seem to be the World Cup winner’s plan at this time, despite the lack of playing time he has had.

The report suggests that he will wait until his contract ends so that he is able to pick a new club on his own terms.

Andrea Pirlo is crazy about Sassuolo’s Manuel Locatelli and wants him at Juventus, reports Tuttosport.

Despite having previously shown interest in Lyon midfielder Houssem Aouar, it would appear that the Bianconeri will pursue the Italy international instead.

Sassuolo reportedly are unwilling to let the 22-year-old leave during the January transfer window because of the impact his departure could have on the second half of the season. However, there could be a possibility for the transfer to be completed in the summer.

Bayern Munich centre-back Niklas Sule “dreams of playing for Manchester United one day,” according to Bild.

The Red Devils have had their defensive troubles this term, and it now seems as though there could be a target waiting to be snapped up if they are willing to make an offer.

Considering David Alaba appears to have one foot out the door of the Allianz Arena, this news likely won’t be well received by Bayern. Sule has made eight starts and one substitute appearance for the German champions so far this campaign, so the departure of both defenders could be calamitous.

– There has been talk in recent days of clubs wanting Isco, but Marca now writes that the Spain international wants to leave Real Madrid. After months of consideration, the midfielder told his father and agent that he is open to leaving the Bernabeu in January, and Madrid are said to be happy to facilitate the transfer as long as a suitable offer comes in for the 28-year-old.

– Internazionale would prefer to sign Napoli’s Arkadiusz Milik than Chelsea forward Olivier Giroud, reports Calciomercato. The Nerazzurri are said to have met with Milik’s representatives and will attempt to bring him in once the winter transfer window opens. However, Napoli may force them to wait until the summer, when Inter would be able to sign him for free. That is because Gennaro Gattuso’s club feels they can win the Scudetto and don’t want to strengthen a direct rival.

PSG facing one of the world’s greatest challenges at Old Trafford
Chelsea are good, but not great. How can Lampard unlock the potential of Werner, Pulisic & Co.?
Sevilla FC vs. Chelsea – Football Match Report – December 2, 2020
Man City, Mahrez too good for Burnley. Is this the win that gets Guardiola’s side going in Premier League?
Players should continue Black Lives Matter support