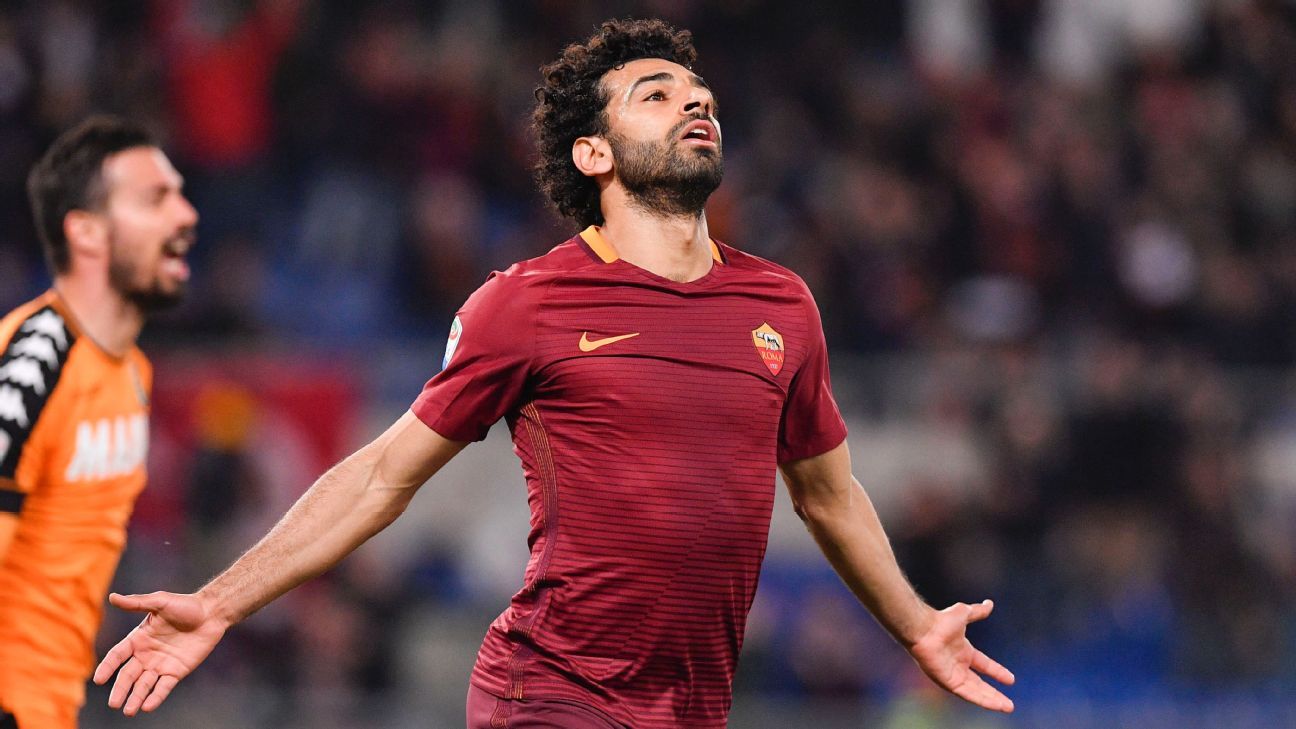 
Liverpool’s first major move of the summer looks likely to be for AS Roma winger Mohamed Salah, with a fee of around £35 million being reported.

Although Roma’s president Jim Pallotta gave a radio interview to deny anything was confirmed and then made some interesting arguments about Roma needing to keep their good players and strengthen themselves for their own ambitions, which include Champions League football next season.

Liverpool fans will by and large regard that as a tactic to extract more money for Salah, or maybe even to flush out a rival bid. Placatory noises for aggrieved Roma supporters, perhaps.

Reds fans have seen this happen a lot and it becomes tiring after a while. They will recall being told a deal was imminent for Dnipro Dnipropetrovsk star Yevhen Konoplyanka in 2015, only for Dnipro’s president to stall and eventually scupper the deal.

The Ukraine winger ended up being sold to Sevilla and then loaned out to Schalke after a year, still expressing regrets that the Liverpool move never materialised.

Liverpool even have previous with Salah, having been beaten to the Egyptian’s signature by Chelsea in January 2014 when many believed Liverpool’s hierarchy simply refused to meet FC Basel’s £11m asking price.

Although he did little of note in the game, Salah did face Liverpool once: in the infamous Steven Gerrard slip match against Chelsea later that year.

Now, three years later, well over £20m has been added to his original asking price after some fine performances in Serie A over the last two years, scoring 14 league goals in 2015-16 and 15 last season for Roma.

Liverpool’s ineptitude notwithstanding, fans will be happy if and when the original mistake can be corrected. He is another attacking midfielder and while some may think there are already enough of those at Anfield, Jurgen Klopp’s preferred formation clearly centres upon a forward line of three such players.

Where fans might start to worry is if Klopp may be avoiding a coherent Plan B, involving a proper striker. Should Salah make the switch to Anfield, the chances of a starting place for either Divock Origi or Daniel Sturridge will be reduced further still.

It’s true the Reds do face a bigger workload next season, with European football confirmed (although participation beyond the Champions League playoffs is yet to be decided.) Klopp can probably offer an occasional first-team chance to everybody, thus hopefully inspiring fierce competition for places. It’ll depend on whether he can produce suitable tactical options.

As a deal for Salah remains up in the air, it’s difficult to gauge fans’ reactions to the move. Realists may have regarded reports of an attempt to sign Monaco’s stunning young striker Kylian Mbappe as mere pie in the sky, but their appetite for such a bold move may well have been whetted anyway.

Salah may then come to be seen as a cut-price alternative, even if Liverpool do end up breaking their £35m transfer record. There have, however, been promises of a massive Liverpool transfer spend, so cynics may well have to eat their words if the Salah move turned out to be an appetiser.

They’ll still be frustrated if this becomes a saga, like with Konoplyanka and others before him. They’ll look at the likes of Manchester City announcing a deal for Bernardo Silva before June and wonder why the Reds can’t seem to get their act together, even for a player Europe’s superpowers aren’t chasing.

In the end, all that matters is that Klopp gets the man he wants and has planned all his strategies around him. Salah is fast and skilful, scores goals and certainly increases the manager’s options.

Some would prefer to buy a prolific goal scorer — if not Mbappe then someone like him — but Mane showed real promise last season of becoming a 20-goal a season man himself. If injury and international duty hadn’t intervened, he might already have done so.

Adam Lallana and Coutinho can play ordinary or attacking midfield roles, so there’s a chance Klopp’s options may even become too dizzying.

But Liverpool may yet surprise everyone and — if this move is confirmed — Salah might not even be the club’s most spectacular signing of the summer. Stranger things have happened.