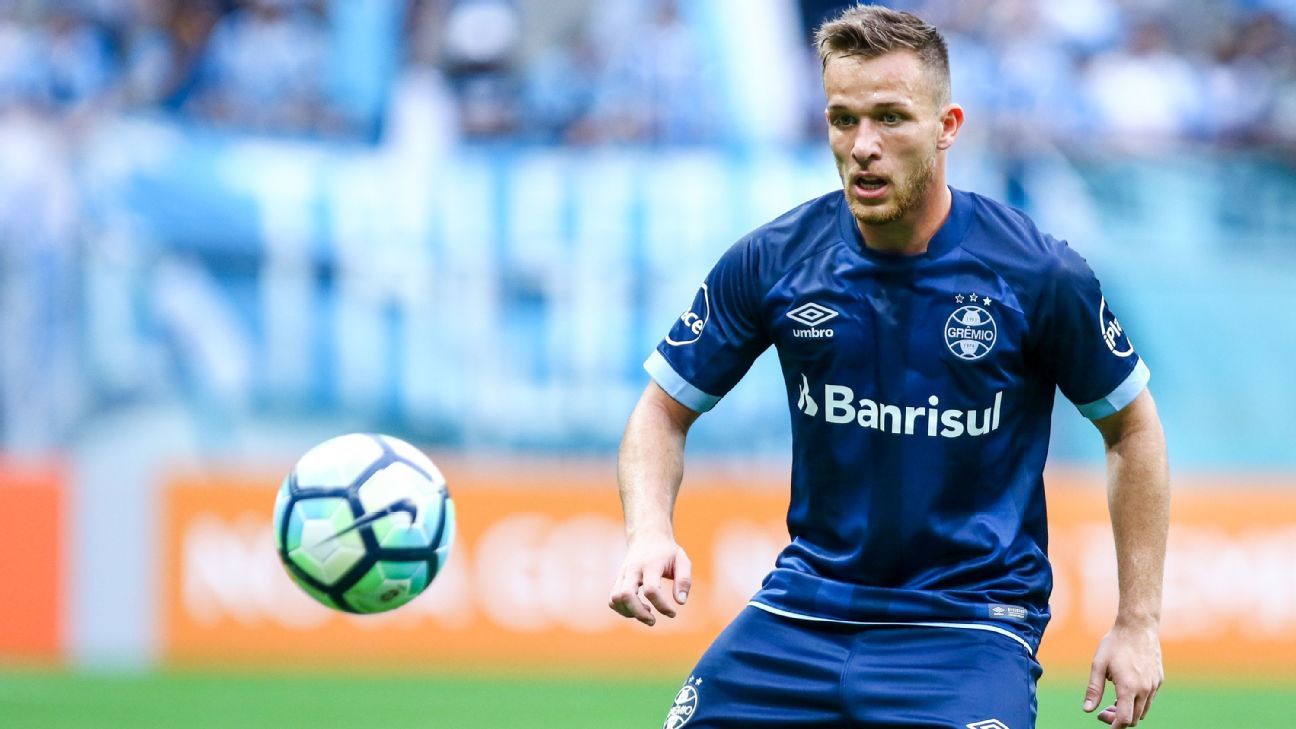 
Barcelona will surely have one eye on next week’s Champions League battle with Chelsea. And they will keep looking over their shoulder at Atletico et al until the Spanish title is secured. But the Catalan club still have some space in their field of vision to plan for the future. After months of haggling, it appears they have reached agreement with Brazilian club Gremio for the services of diminutive midfielder Arthur.

One of the symbols of the Barcelona style of play, Andres Iniesta, is now well into the veteran stage of his career and will be 34 by the time this season has ended. He will be a hard, almost impossible, act to follow. But given some luck and some time to bed in, 21-year-old Arthur is capable of playing a similar role.

The stocky little midfielder was a key figure in Gremio’s 2017 conquest of the Copa Libertadores, South America’s Champions League equivalent. He forced his way into the team during the course of the competition. Early in the campaign Gremio sent a reserve side to Paraguay to face Guarani. Arthur took the game by the scruff of the neck, and dominated proceedings. In the rematch, with Gremio at full strength, an injury brought him off the bench in the early stages. He looked so utterly at home that by the final whistle it was hard to imagine a Gremio side without him.

He is one of those midfielders with the gift of making the game look easy. With a good engine plus neat balance and control, he can keep the ball rolling by passing in a complete arc and moving to make himself available. His skipping forward runs draw defenders and open up space for his teammates. Within weeks he was earning comparisons to Iniesta. The 1970 World Cup great Tostao, the wisest voice in Brazilian football, was calling for his inclusion in the national squad.

Indeed, coach Tite did include him for a couple of late World Cup qualifiers. But he may struggle to win a place in the squad to face Germany and Russia in friendlies this month. Tite has delayed naming his squad until Monday, in order to give injured players time to recover. Arthur, though, may not have had enough time. He suffered an ankle injury in the second leg of the final of the Libertadores, at the end of November, and he is only just starting to make a tentative recovery.

The damaged ankle meant that Gremio had to do without him at the end of the year in the Club World Cup, when they fell in the final to Real Madrid more tamely than the 1-0 scoreline might suggest. Arthur’s presence may not have made much difference to the result, but with him on the field Gremio would surely have passed the ball with more fluency.

He does, though, have another chance to win Club World Cup glory with Gremio. The agreement with Barcelona would reportedly see Arthur stay in Brazil until next January. He will be part of Gremio’s quest to become the first team to successfully defend a Libertadores title since Boca Juniors of Argentina at the start of the century. And if they do, he will still be around to have a crack at this year’s world title — possibly even against Barcelona.

But his long term future is on the other side of the Atlantic. Barcelona have reportedly acquired him for €30 million, with another €10m to follow depending on performance. As they plan to replace the great Andres Iniesta, it could turn out to be money well spent.