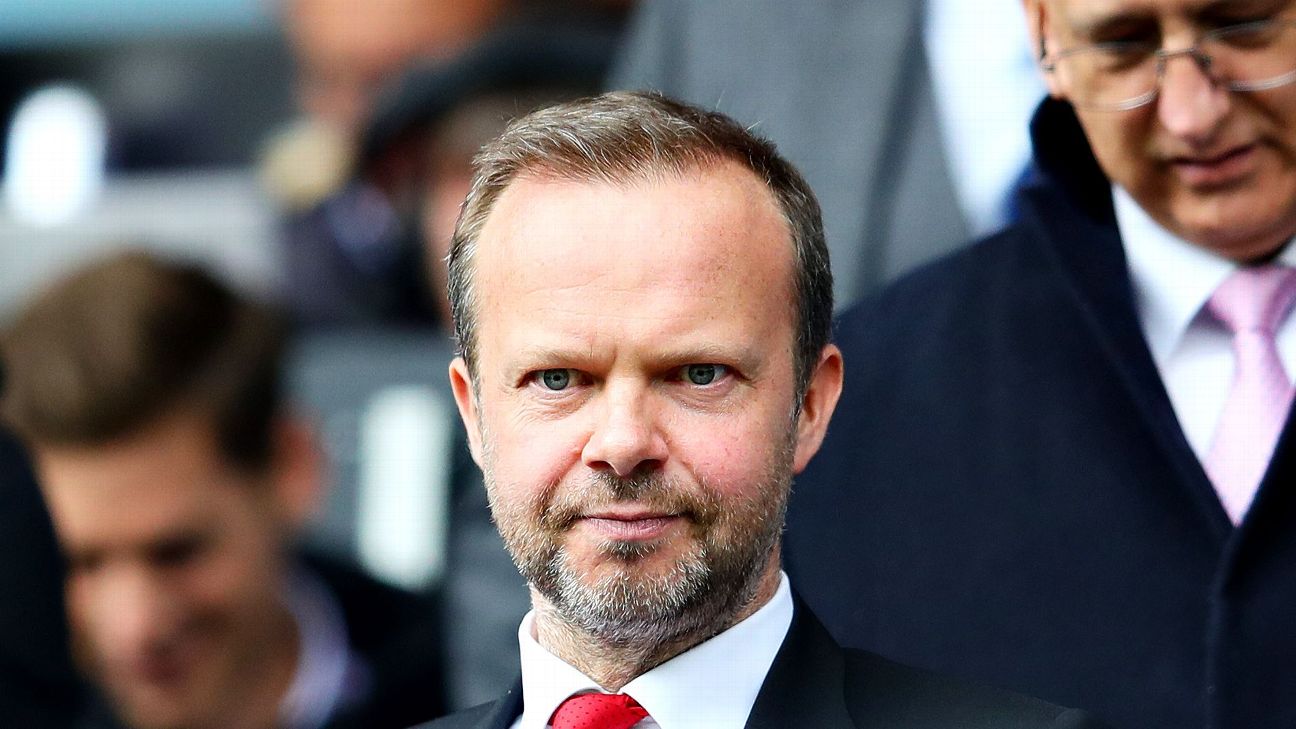 
Manchester United are facing one of the most challenging periods in the club’s history because of the coronavirus pandemic, according to executive vice-chairman Ed Woodward.

Ole Gunnar Solskjaer’s squad have returned to training in small groups this week after going more than two months without a competitive game.

Speaking as the club’s third-quarter financial results revealed debt increased 42.2% to £429.1 million, Woodard laid bare the impact at Old Trafford. The immediate cost of the COVID-19 outbreak is likely to be around £23m.

“It is undoubtedly one of the most extraordinary and testing periods in the 142-year history of Manchester United,” Woodward told investors on Thursday. “This club is built on resilience in the face of adversity and those qualities are being proven once again now.

“We remain firmly optimistic about the long-term prospects for the club and for our exciting, young team.”

Woodward has suggested the Premier League could return in June with the European competitions, including the Europa League, being concluded in August.

That timetable would delay the start of the 2020-21 season but Woodward still predicted the idea was to end the next campaign in May as originally planned. The club revealed they do not expect to embark on a traditional summer tour while also planning to repay broadcasters £20m “following delay and broadcast schedule changes to the 2019-20 season.”

“[The coronavirus] has caused significant disruption to our operations, including the postponement of all matches since mid-March and the temporary closure of our retail, catering and visitor facilities at Old Trafford,” Woodward said.

“We are encouraged by the return of the German Bundesliga, which was the first major European league to restart last weekend, with the successful completion of nine matches, all played behind closed doors.

“As in Germany and elsewhere, it is now inevitable that our matches will initially be played behind closed doors when the season resumes. “[These results] reflect a partial impact that the pandemic has had on the club, while the greater impact will be in the current quarter and likely beyond.

“There are still profound challenges ahead, and for football as a whole, and it is safe to say it will not be ‘business as usual’ for some time.

“Our club is built on a solid foundation. The repercussions of the pandemic are now being felt widely across the football community, not just by clubs but also by players, supporters, broadcasters, sponsors and many other stakeholders.

“We must recognise that this crisis will not disappear overnight and that the world which emerges will be different from how it was before. That will create challenges for football, like many other industries.”