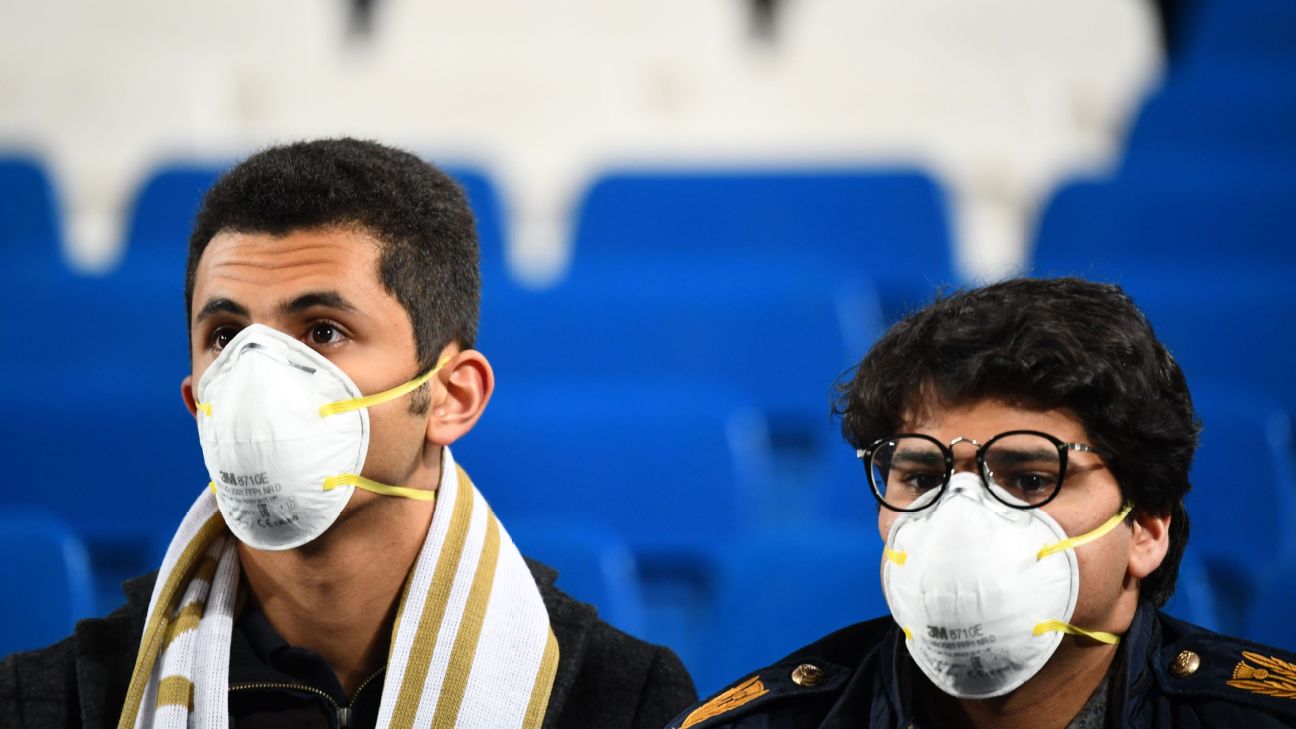 
La Liga president Javier Tebas has said Spanish clubs will lose €1 billion if the football season does not restart, although he insists that is not a scenario which is being considered at present.

The Spanish league, along with all of Europe’s major competitions, is suspended amid the coronavirus pandemic.

– Stream new episodes of ESPN FC Monday through Friday on ESPN+
– Stream every episode of 30 for 30: Soccer Stories on ESPN+
– Lowe: How are why Barca, Atletico cutting costs during virus

Barcelona are among the clubs to have reached an agreement for their players to take a wage cut during the crisis. A statement first released by Lionel Messi last week said the Barca squad would be taking a 70% reduction to their salaries.

“If we don’t resume, the economic impact on Spanish clubs, including money from European competitions, would be worth around €1bn,” Tebas said in a video call with international media on Tuesday.

“That figure is not just based on league revenue, but also includes money teams won’t get from Champions League revenue. The losses will be €300 million if games are played behind closed doors and then €150m if we resume with fans because of the damage that has already been caused.”

Tebas said the league is working hard to minimise the economic affects of coronavirus and called on players to play their part, urging them to accept pay cuts to help Spanish clubs, who are “generally in a good financial situation” but will likely have to support these losses over a number of years.

However, the La Liga chief, a staunch critic of Manchester City and Paris Saint-Germain’s ownership models, argued that outside investment in the game — from states and billionaires — should only be used to help reduce clubs’ debts, not to give them a competitive crisis when football is able to resume.

Meanwhile, talks remain ongoing with UEFA and Europe’s other domestic leagues regarding how to finish the season. Tebas said a number of possibilities are being studied, although he conceded it is likely games will be played behind closed doors when football is able to restart.

“The current scenarios being discussed are to restart the Spanish league on May 28, June 6 or or even up until June 28,” he said. “But we will have to see what happens in April. And it’s not just about Spain, but what happens elsewhere.

“The other scenario is for two blocks. First of all, domestic competitions would be played up until July, then European matches would be played in July or August, depending on when all the leagues can finish.”

Tebas said that, with or without fans, he is confident the season, suspended indefinitely, will be completed. He pointed out that those suggesting otherwise have ulterior motives.

“We won’t start that debate now as it is sterile and will only generate conflicts of interest, which is what is happening in other countries,” he said when asked how championships would be decided if declared null and void.

“Just by chance, the people who don’t want to continue with competitions are the ones at the bottom and competing to avoid relegation.

“But cancelling the season isn’t something we are talking about. We are not considering at all that we are not going to get back to playing matches.”