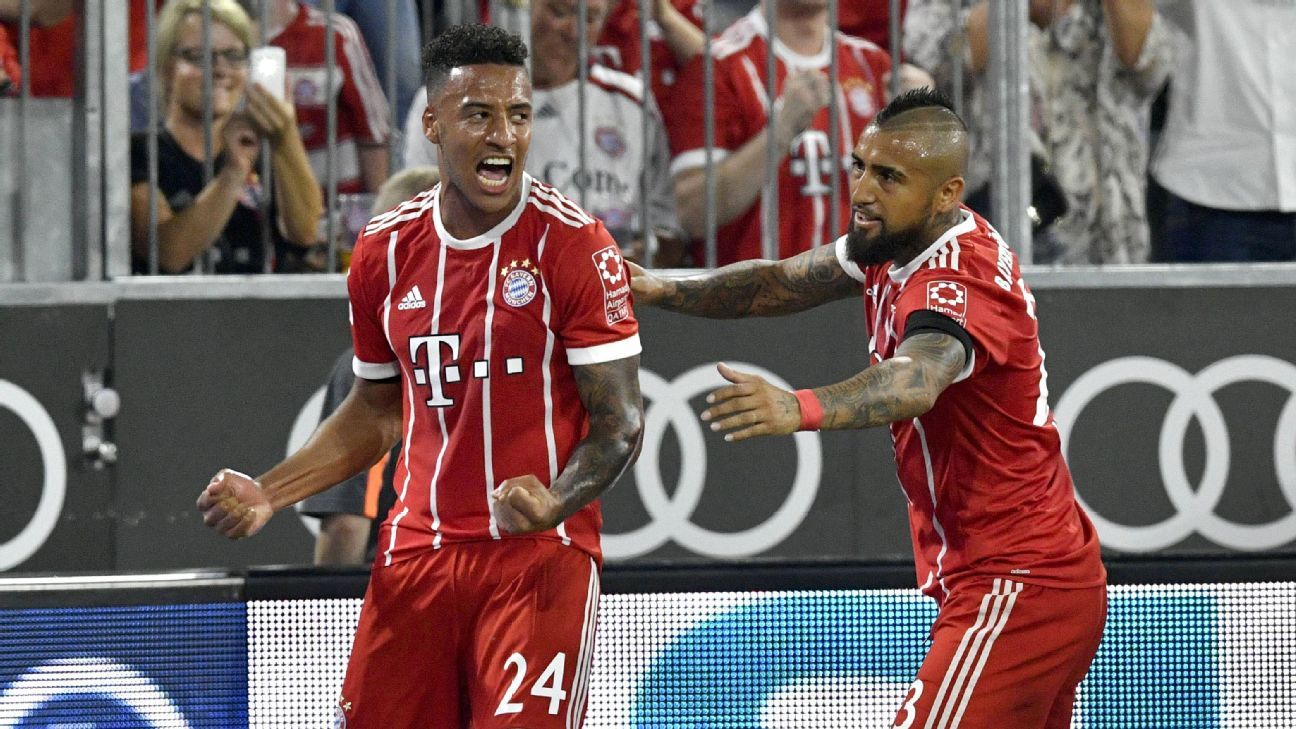 
Bayern Munich, chasing an unprecedented sixth league title on the trot, overcame Leverkusen 3-1 in the opening contest of their Bundesliga campaign, courtesy of two headers from Bundesliga debutants Niklas Sule and Corentin Tolisso and a Robert Lewandowski VAR-approved penalty.

Despite missing the likes of skipper Manuel Neuer, Thiago Alcantara, Jerome Boateng, James Rodriguez, Juan Bernat — not to mention the retired Philipp Lahm and Xabi Alonso — Bayern got the job done to quell any crisis talk after an unheard-of run of five defeats in six preseason games, completing a 232nd win in their 300th competitive game at a storm-hit Allianz Arena.

After conceding 14 goals in those five preseason losses, it was no surprise to see Bayern concede another against Leverkusen. Without the calm and reassuring presence of Manuel Neuer behind them, the defence looks very porous and an accident waiting to happen. Allowing 19 shots on goal, Bayern can count themselves fortunate to allow just the one. It would have been many more but for the brilliance of Sven Ulreich.

7 — In the first Bundesliga game since his recent smoking ban,Carlo Ancelotti kicked off his second season in charge with the expected three points.

GK Sven Ulreich, 8 — Deputising for Neuer, Ulreich was outstanding in only his seventh league game for Bayern, producing a host of fine reflex saves in each half. That said, with only two clean sheets in those seven games, the defence sorely misses the commanding presence of Neuer and look far more insecure with Ulreich stationed in behind them. Help is close to hand as Neuer probably will return in Bremen next weekend.

DF David Alaba, 6 — Looked more comfortable roaming the left flank in tandem with Franck Ribery in the first half, before slotting into central defence to lesser effect when Mats Hummels went off just after the hour mark.

DF Mats Hummels, 7 — Rather like in April’s DFB Pokal semifinal against his former side BVB, Bayern’s defence seemed to go to pieces without the class of Hummels for the final half hour. Bayern conceded one without him as he succumbed to a stomach problem, but in reality, it could have been four or five.

DF Niklas Sule, 7 — A big unit who will always pose a threat from set pieces, Sule nodded powerfully home from a corner to score on his Bayern Bundesliga debut. Needs to work on his defending though as Leverkusen should have punished the gaping holes in the Bayern defence on more than one occasion.

DF Joshua Kimmich, 7 — Full of running at right back as indicated by a best 11.79 km — absolutely no worries going forward but more clinical sides than Leverkusen are out there lurking and, like Sule, he definitely needs to work on defensive basics.

MF Sebastian Rudy, 7 — Laid on the opener in an ex-Hoffenheim player co-production with a weighted free kick for the Sule header. He already will win any competition for best free transfer signing of the season hands down. Quietly efficient on his Bundesliga debut for the club, very Lahm-like in fact.

MF Corentin Tolisso, 9 — Very impressive on his league debut, seeing an early shot blocked by Bernd Leno, but “Coco” doubled the lead on 18 minutes with a glancing close-range header and hit the post five minutes later after a rapid counter-attack. Bayern’s record signing at €41.5 million, Tolisso showed the home fans why.

MF Arturo Vidal, 7 — The combative Chilean gave a typically wholehearted display against his former employer with an assist for Tolisso’s goal, long-range shots, a sloppy back pass and a yellow card all thrown in.

MF Franck Ribery, 7 — The 34-year-old was on the receiving end of some rough-and-tumble treatment from Leverkusen’s defenders, but still was a vibrant presence on the left, especially in the first half. Bayern’s longest-serving player was handed the captain’s armband just after the hour mark, before the Frenchman passed on the honour to Arjen Robben for the final minutes.

MF Thomas Muller, 7 — Given the honour of captaining the side as the only Bavarian left following Philipp Lahm’s retirement, Muller showed glimpses of his class but was denied a deserved goal by a busy Bernd Leno midway through the first half. Muller made way for the returning Robben on the hour to standing ovations from the soaked Bayern faithful.

FW Robert Lewandowski, 6 — Coolly converted a penalty, a decision he won with the aid of video review after Charles Aranguiz tugged his shoulder. However, he missed a couple of golden chances in the second half that he normally would gobble up, one especially with five minutes to play when put clean through by Robben.

MF Arjen Robben, 6 — Since getting injured playing tennis during his summer holiday (which nicely spared him the trip to China), Robben has had to be content with cameos as a substitute. Apparently, he’s not amused.

DF Rafinha, 6 — Slotted in at left back, allowing Alaba to move into the centre as Bayern tried hard to squander their lead.

MF Kingsley Coman, N/R — Some bright moments after replacing his fellow Frenchman Ribery, 13 years his senior, but too late for a rating.