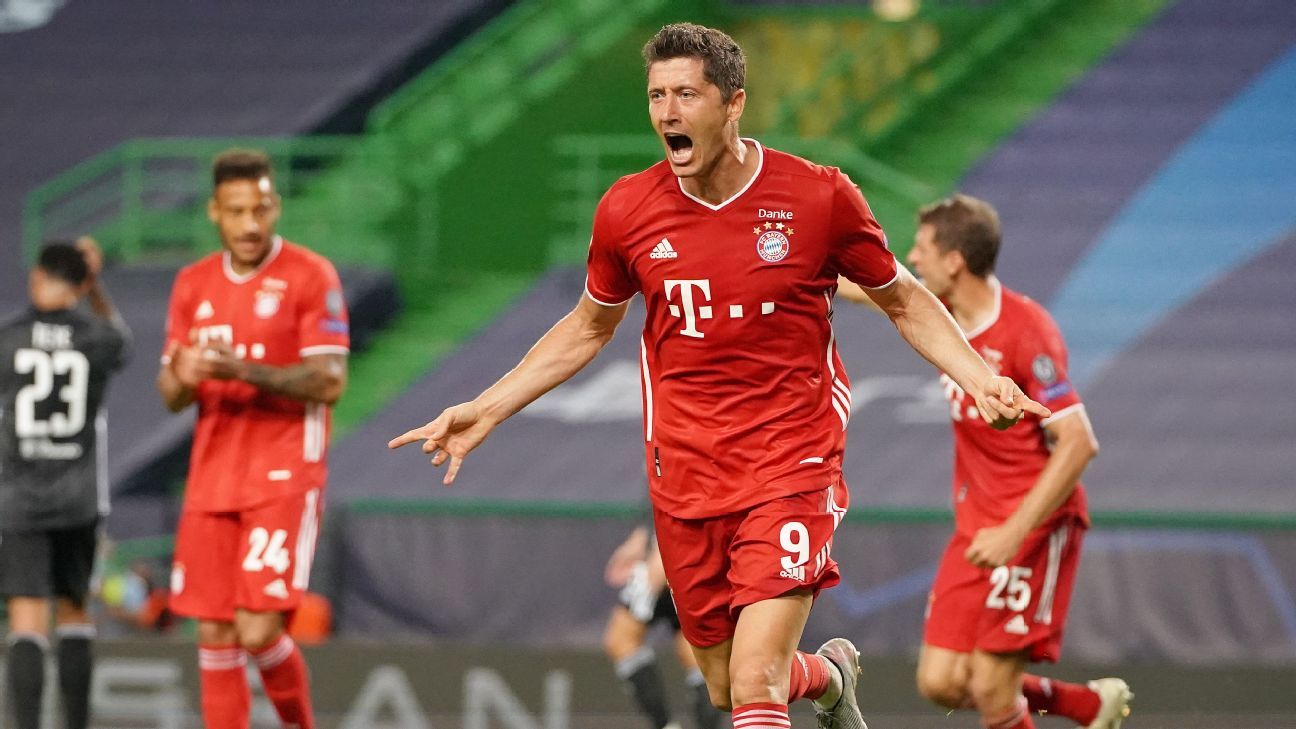 
There was something typically Bayern Munich about the German champions’ response to being humbled by Liverpool in last season’s Champions League. What happened after their round-of-16 elimination by Jurgen Klopp’s team, who went on to lift the European Cup, is the reason Bayern eased past Lyon on Wednesday, winning 3-0 to set up a final against Paris Saint-Germain on Sunday.

Bayern were outrun and outplayed by Liverpool in the Allianz Arena, losing 3-1 on a night when the score might have been more lopsided. The German side looked old and in need of renewal, and though changes were made, there was no panic or overreaction. Bayern kept faith in most of the experienced players, who retained the ability and desire to go again.

Against Lyon, five days after humiliating Barcelona with an 8-2 victory in Lisbon, Bayern’s old heads were there to ensure that experience counted in a more functional victory, one that ended the club’s run of four successive defeats in Champions League semifinals.

Almost 18 months after that Liverpool defeat, Hansi Flick has replaced Niko Kovac as coach, and the likes of Alphonso Davies and Leon Goretzka have been promoted from the subs’ bench to a starting lineup that is stacked with experience, even after Mats Hummels, Franck Ribery, Arjen Robben, Rafinha and James Rodriguez moved on.

Manuel Neuer (34), Robert Lewandowski (32 on Friday), Jerome Boateng (31) and Thomas Muller (30) played key roles against Lyon on a night when Bayern’s lineup had an average age of 28.

The modern game’s trend toward youth means that players in their late 20s are regarded as offering less resale value and having fewer miles left. While both are statements of the obvious, there is no substitute for knowhow, and Bayern are proving that under Flick’s stewardship.

Kovac struggled to get the best from many of Bayern’s older players, most notably Muller, but Flick has trusted his senior figures to perform, and the results have been spectacular: Bayern have lost twice in 35 games under their new boss and are unbeaten in 2020.

The win against Lyon, who came into the match having knocked out Juventus and Manchester City, was Bayern’s 20th in a row and was achieved despite their seemingly playing in second gear. Perhaps it was inevitable that the flourish and swagger seen against Barcelona would not be replicated, but it is a mark of Bayern’s quality that they can look comfortable no matter how well they play.

It is true that Lyon started better, but after Memphis Depay and Karl Toko Ekambi missed chances, Bayern used their savvy to dictate the tempo and take advantage of crucial moments. They took the lead on 18 minutes through Serge Gnabry‘s stunning, left-foot strike and never looked back. The result was no longer in doubt.

With the lead, Bayern turned the screw only when needed, with Gnabry scoring a second on 33 minutes to ensure a comfortable advantage for the second half. All that remained was for Lewandowski to extend his run of scoring in every Champions League game he has played this season, which he did with a header two minutes from the end.

Although the old heads maintained control, the younger players around them carried the threat by tormenting Lyon with pace and incessant attacking down the flanks. Davies (19) and Gnabry (25) were a problem for Lyon, and Kingsley Coman (24) added to the youthfulness when he replaced 31-year-old Ivan Perisic in the second half.

Bayern have already secured a younger replacement for Perisic, currently on loan from Inter, by adding 24-year-old Leroy Sane from Manchester City. In the post-Ribery and post-Robben era, theirs is a smart but simple tactic: Wide areas are populated by players in the mid-20s or younger, with the old guard forming the team’s spine.

Youthful energy and seasoned experience is a difficult combination to beat when it works, and Bayern have mastered it under Flick, becoming unbeatable in recent months. PSG, for all of their attacking talent, will go into Sunday’s final at Estadio da Luz as the underdogs.

Bayern have no obvious weakness, which is remarkable considering the dismantling they suffered at the hands of Liverpool. They have transitioned quickly and efficiently from a team with no future to one that stands just 90 minutes from Champions League glory.

Bayern have made it look easy, but as Manchester United and Milan have discovered, and perhaps Barcelona are about to, kick-starting success at big clubs is never straightforward. In that respect, the German giants are the exception, not the rule.