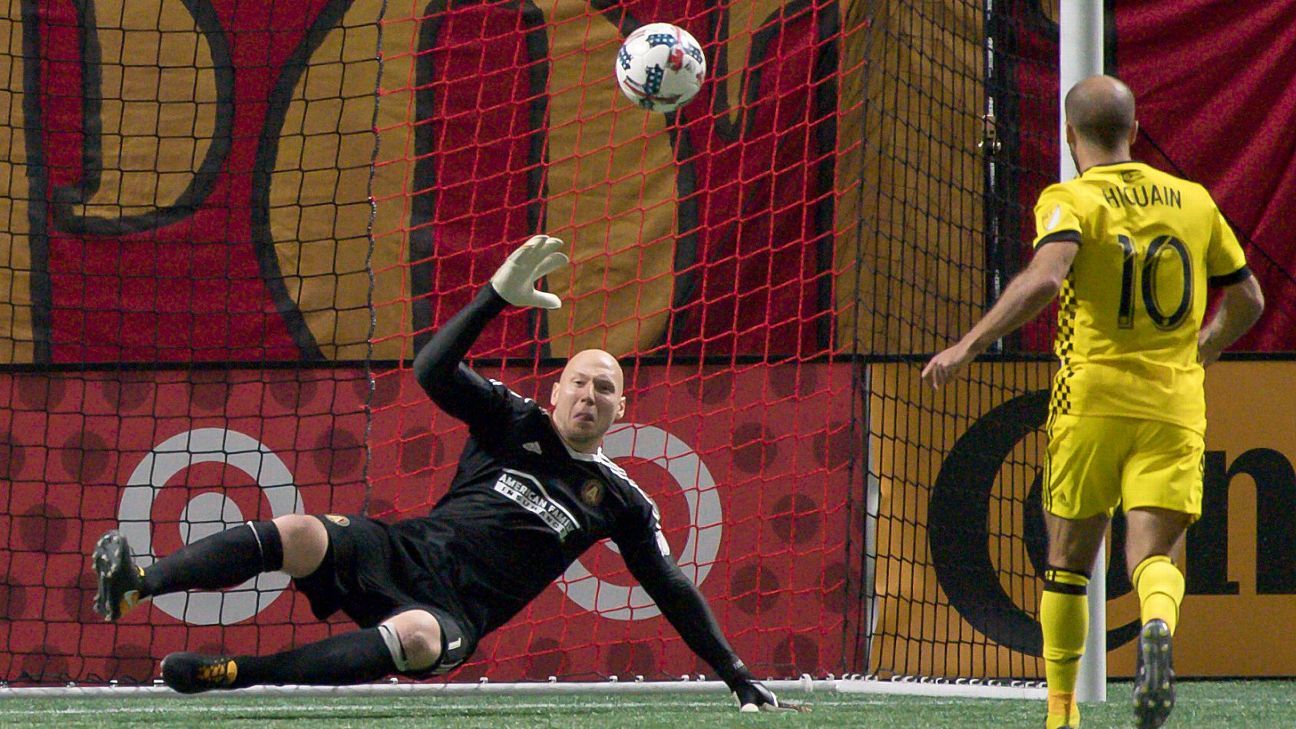 
Federico Higuain has revealed the two-fold thinking for his deft Panenka spot kick in Columbus Crew SC’s penalty shootout victory away to Atlanta United in the Eastern Conference knockout round on Thursday.

Higuain, 33, calmly slotted in the Crew’s first kick of the 3-1 shootout win after the two teams had played 120 minutes of regular and extra time without a goal in their quest for a spot in the conference semifinals.

Now back in Columbus ahead of the team’s first leg against New York City FC on Tuesday (8 p.m. ET on ESPN), Higuain said: “From the first minute, it was, ‘Let them know that we were there to play soccer.’ My PK was kind of that idea to say, ‘We respect you, but we’re here to play our game.’

“It’s just the moment. My teammates trust in me and I trust in my teammates. I knew it was a very important PK because it was the first one. But I think it’s also a simple way to score.”

Speaking of his teammates, one of them was aghast, yet not surprised, at Higuain’s confidence and audacity to chip Atlanta’s veteran keeper Brad Guzan with everything on the line.

Midfielder Will Trapp said: “The confidence to do that is just ridiculous; it really is.

“You’re not surprised, but you’re like, ‘Did he really just do that?’ The first one, in front of their fans. It’s kind of disbelief, but at the same time, you almost expect him to do something.”

And Higuain’s manager Greg Berhalter said he knew right away what his team’s No. 10 had in mind when he converted the all-important kick.

Asked if he’ll try the cheeky move again should Columbus find themselves pushed to penalties again in the playoffs, Higuain said he hoped he wouldn’t have to.

Higuain said: “I don’t like to finish a game in that way, [whether] you win the game or lose the game.”