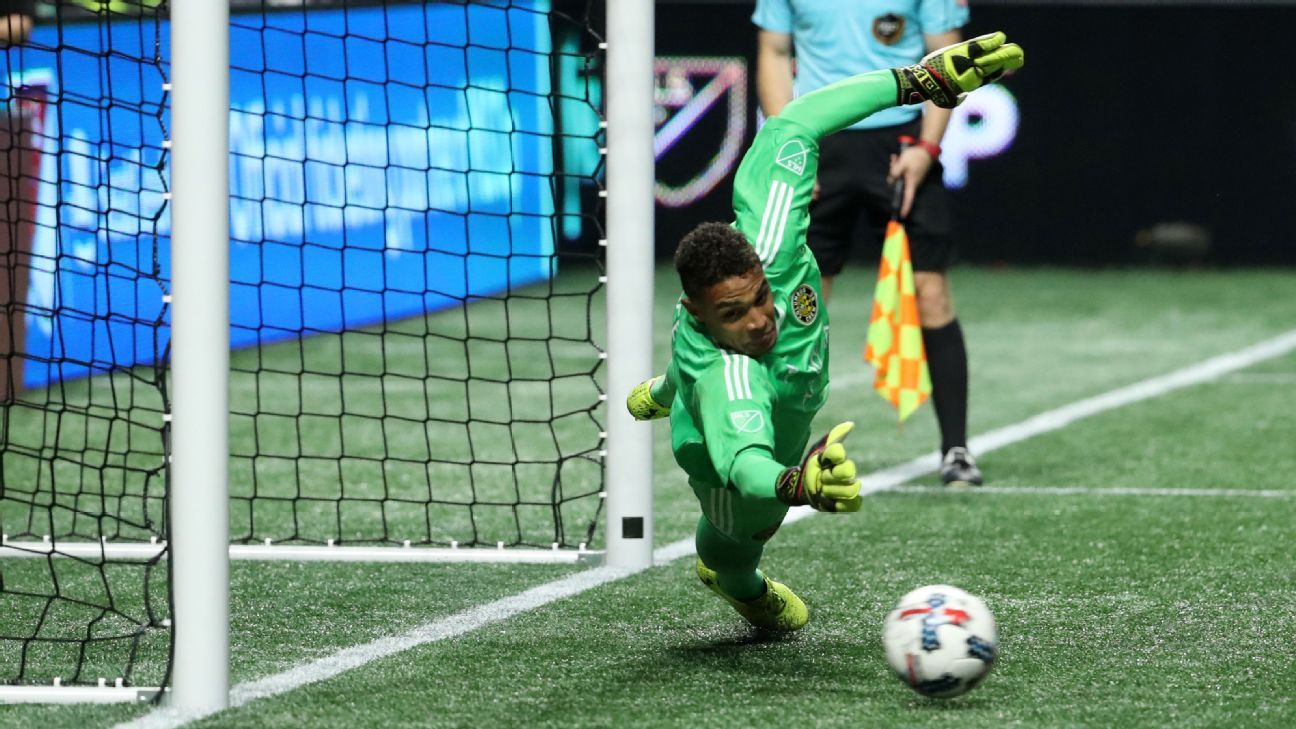 The Crew arrive in the conference semifinals fresh off an intense, exhausting battle with Atlanta that will both help and hurt their quest to overcome New York City FC. On the plus side, the penalty shootout win — complete with heroic performances, especially that of Zack Steffen in goal — should raise confidence levels going into the crucial first leg at home. The Crew have big threats in wide areas with Justin Meram surgically picking moments to cut inside as a wrinkle for opposing teams. The attacking group is good, the midfield is solid, and there’s that man Steffen in goal.

The negative side of Thursday’s emotional victory is the possible letdown it sets up for Monday night. No one is quite sure how the Crew faithful will respond to the sudden announcement of a home game in the aftermath of reports the club may be relocating, so the home support is up in the air. While Gregg Berhalter’s team is riding a strong run of form that carried them into the postseason, the defense has a penchant for silly mistakes and communication errors that NYCFC could punish. Sharpness in midfield is critical, but hasn’t always been a strength.

It’s too easy to say “emotion,” but it will certainly be a factor. Columbus should be ready to go after the game at home, and the home crowd could help push them forward in the quest for goals in the first leg. Federico Higuain has turned it on as of late, making the Crew even more dangerous than they’ve been most of the season. Columbus will do what they do — push the pace, use the width of the field (against a team more accustomed to narrow confines), and force NYCFC to deal with the numbers. Get it right, and Columbus will keep their story going.

The energy and endeavor of the midfield in NYCFC’s 4-3-3 makes them go — in the sense that Yangel Herrera harries opponents, either turning the ball over for the New York attack, or slowing down the opponent enough to limit their effectiveness. The forward trident of David Villa, Jack Harrison, and Rodney Wallace is dynamic and dangerous and can pin opposite full-backs down. Villa can involve himself in several ways, forcing tough decisions for the opposing defense. Patrick Vieira’s team are good with the ball and can score, which means they’re capable of simply overpowering Columbus.

If it wasn’t for Toronto FC’s record-breaking year, NYCFC would be the clear choice for MLS Cup favorite because of their excellent regular season and obvious quality. Still, the issue of Vieira’s ability to navigate playoffs remains in play because of the head coach’s strange decisions during last year’s postseason run. Vieira allowed the moment to get to him in last year’s clash with Toronto, making several changes to his team that turned out to be mistakes. NYCFC is healthy enough, has the advantage of rest and knows they can beat the Crew. But will Vieira get it right?

The pressure NYCFC can apply through the centre of the field will harry the Crew’s central midfield pairing of Wil Trapp and Artur. Columbus’s duo is competent but capable of simple mistakes that NYCFC can capitalize on over the course of 180 minutes. If Vieira trusts his team, the New Yorkers will be ready to play an open, attacking match on the road with a chance to establish a lead ahead of the second. Even if they go back home with a deficit, their ability to break down opposing defenses will stand them in good stead to overcome it. Back home, NYCFC has the talent and confidence to see the series out.