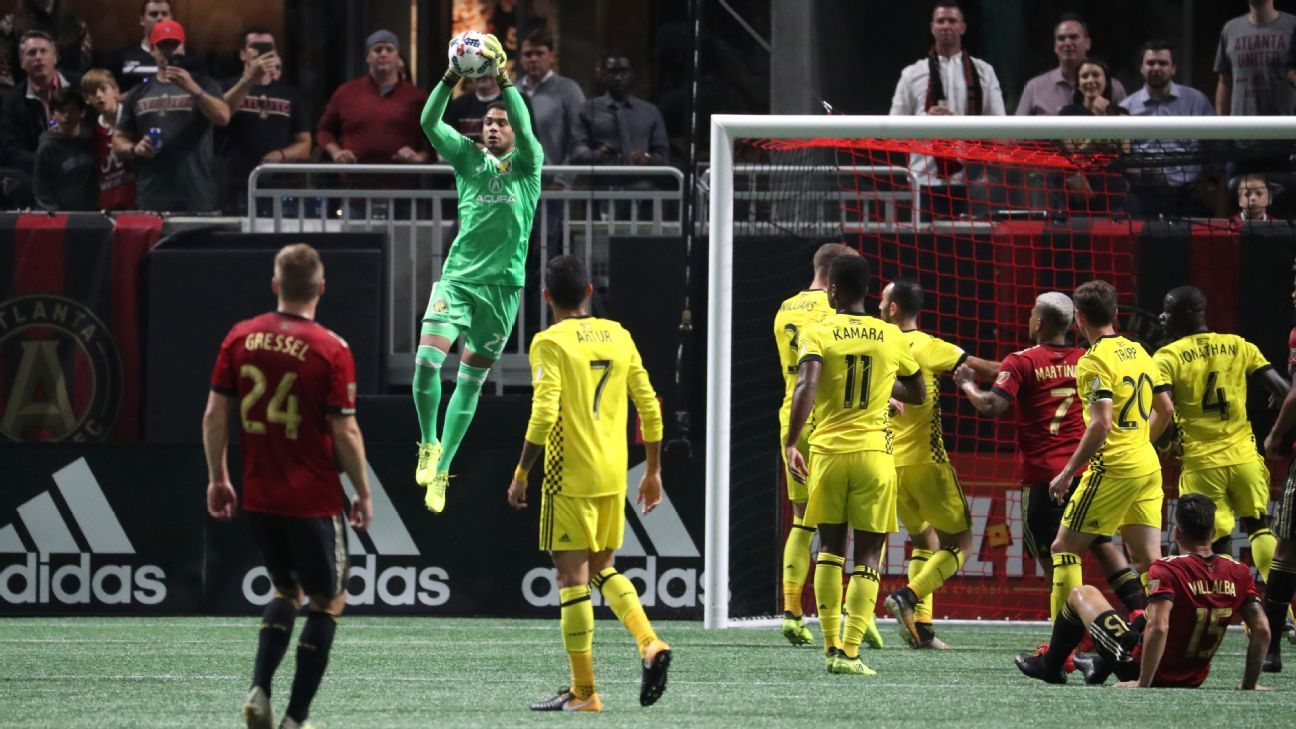 
Columbus Crew SC goalkeeper Zack Steffen said he was inspired to shut up Atlanta’s crowd during a 3-1 penalty shootout victory that saw his side advance to the Eastern Conference semifinals on Thursday.

A playoff-record crowd of 67,221 took in the game at Atlanta’s Mercedes Benz Arena and Steffen, who was in fine form throughout the 120 minutes of normal and extra time before making two penalty saves, said that spurred him on.

“We wanted to shut that crowd up, and we did,” he said. “I mean it’s been a long season. There’s been a lot of games, so each experience you learn.

“Towards the end of the season, you kind of get into form. Right now, I feel good and the guys in front of me are playing well. I’ve got to keep the team in the game.”

Of his match-winning performance in the shootout, Steffen added: “I just had a good feeling about kind of where [Atlanta were] going. Once you pick a side, you’ve just got to go all out.

“Fortunately, I was able to come up with one or two. I had a good feeling. I knew our guys were going to put them away. As long as I make one or two, it’s ours.”

Crew head coach Gregg Berhalter said: “I think he played a great game, he stayed calm, he was focused.

“We met with the production crew yesterday and they asked me, ‘What has been the most surprising thing this season so far?’ I mentioned Zack. His poise, his calm and his performance, for being such a young player, is really special to see. Today is no exception.”