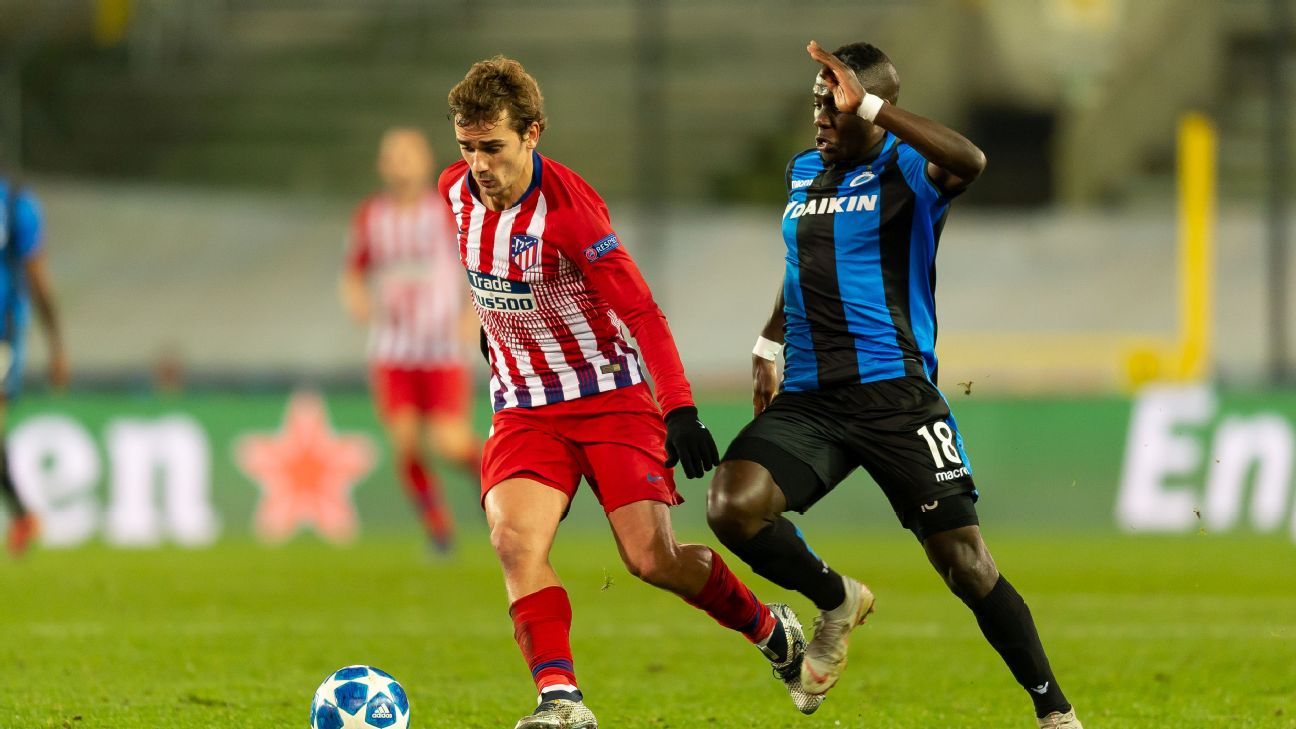 Atletico Madrid were denied top place in Group A of the Champions League on Tuesday after a goalless draw away at Club Brugge in Belgium meant they finished second behind Borussia Dortmund.

The Germans started the final match day two points behind Atletico, but by beating Monaco 2-0 away ended tied on 13 points with the Spanish club and took top place based on the head-to-head scores between them.

Brugge finished third in the standings and will play in the Europa League in the new year.

There were few scoring chances at the Jan Breyel Stadium, with the home team coming closest in the 74th minute when defender Luan Peres was denied, minutes after coming on for his debut in European club competition.

He made a storming run down the pitch to meet a cross which he headed almost straight down into the ground, with the subsequent bounce giving Atletico goalkeeper Jan Oblak the chance to pull off a point-blank save.

Lacklustre Atletico had the better of the first half as Thomas Partey shot straight at Brugge goalkeeper Ethan Horvath when well placed, and Antoine Griezmann saw his curling effort palmed away.

The home side offered little in attack, with their best effort a free kick by Stefano Denswil that was comfortable for Oblak but showed more enterprise after the break.

Barcelona want Real Sociedad’s Alexander Isak if Erling Haaland not possible
Has Solskjaer turned Man United around? And is he the right person to take the club forward?
‘No fear’ ahead of El Clasico
Man United 1-6 Man City stunned Premier League 10 years ago: Where Are They Now?
New England Revolution seal Supporters’ Shield as MLS best regular season team