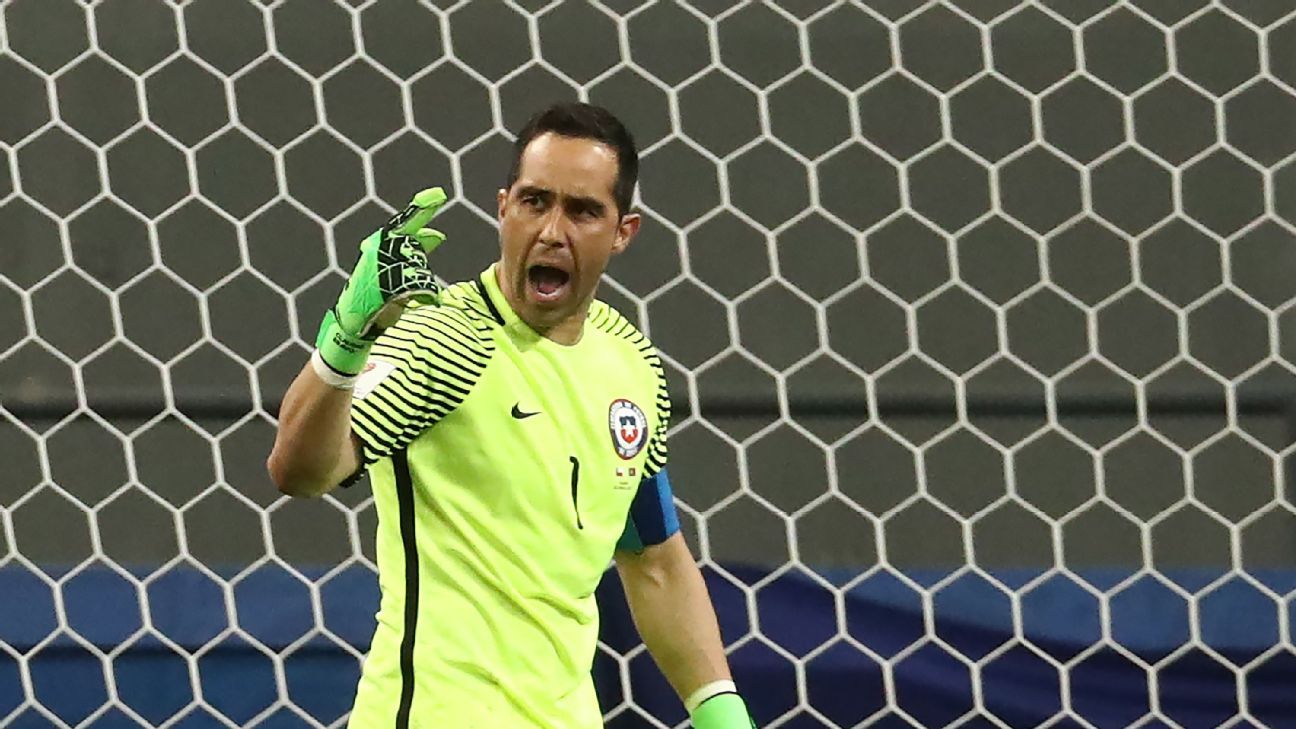 
As Claudio Bravo pushed away the third Portugal penalty in Chile’s shootout win in the Confederations Cup on Wednesday, Manchester City fans found it hard to believe that it was the same goalkeeper whose weak wrists, poor footwork and lack of confidence cost Pep Guardiola’s team so many goals last season.

Of course, it has to be remembered that not one of Ricardo Quaresma, Joao Moutinho and Nani — who all failed to convert their kicks — took a decent penalty, and once Bravo had gone the correct way, it was a simple stop. However, the simple stops proved troublesome for the Chilean at City last season, with a significant number of efforts that he could have kept out instead finding the net.

Clearly, Bravo hasn’t hit the levels of which he’s capable over the past 12 months. He’s a better goalkeeper than he has shown himself to be in his City career so far, but that just puts more pressure on him to perform well when he returns to the Premier League in August. Guardiola can only wait so long for his goalkeeper to be ready — especially when he’s an experienced 34-year-old with multiple titles and more than 100 caps for the country he captains.

The Chile international’s relationship with the fans is also problematic. Footballers often need to be thick-skinned to block out the taunts of opposition supporters, but when Bravo’s form got so poor midway through last season, he had to be impervious to the ironic jeers from his own fans when he made a simple catch or save.

That sentiment likely won’t have eased. His form at the Confederations Cup, while better than for City, still hasn’t been that of a world-class goalkeeper and it won’t help his case that a lot of his club’s fans won’t know or won’t care about it. They want to see him play well domestically; what he does on international duty makes little difference. It’s also true that three saves in a penalty shootout doesn’t undo all of the mistakes he made and the lack of confidence he showed at City during his first season there.

City fans may have seen Willy Caballero do a U-turn from much-maligned back-up to first choice after he’d saved three Liverpool penalties following the 1-1 draw in the 2016 League Cup final, but his redemption came partly because of Joe Hart’s loan to Torino and Bravo’s inadequacies. Had Hart remained the club’s No. 1 under Guardiola, there would have been far less of a positive response to Caballero, even though the Argentine international’s performances did improve following his heroics at Wembley.

Bravo doesn’t have that going into 2017-18. He’s still expected to be battling for his position as first choice, with new £35 million signing Ederson still vastly inexperienced and unlikely to solve the goalkeeping issues immediately. It’s worth remembering that the 23-year-old only broke into the Benfica team in March 2016; while he has impressed, it’s a lot of weight to put on his shoulders, asking him to settle in a new league, new club and new country immediately. Put simply, it wouldn’t be a shock to see Bravo named as the starter for the trip to Brighton on the opening day of the season.

As City go about their summer of attempting to fix the problems of last season — it’s reported new full-backs are close to being signed, with the likes of Dani Alves and Kyle Walker on the radar, while finishing off chances could be a little easier if the chase for Alexis Sanchez is successful — the goalkeeping issue is unlikely to get a quick resolution.

It’s a strange feeling for City fans, too. They’ve watched their team struggle defensively in the absence of Vincent Kompany for years but they always had the safety net of a talented goalkeeper behind the back four. Of course, Hart has had his problems in the past 18 months but it’s difficult for the fans to let go of a player who had won the team a lot of points with excellent performances during his nine-year stay.

In Ederson, the club will be hoping to have unearthed another top-class performer who can be that rock in goal for the years to come. However, he’s not likely to be that straight away and questions about Guardiola’s choices between the posts won’t disappear any time soon.

With Hart unlikely to be playing any role at City next season, it will fall to Bravo to prove his worth. His nightmare year might be coming to the end with a decent display for Chile, but there’s a long way for him to go if he’s going to convince his club fans that he’s anywhere near up to the task.