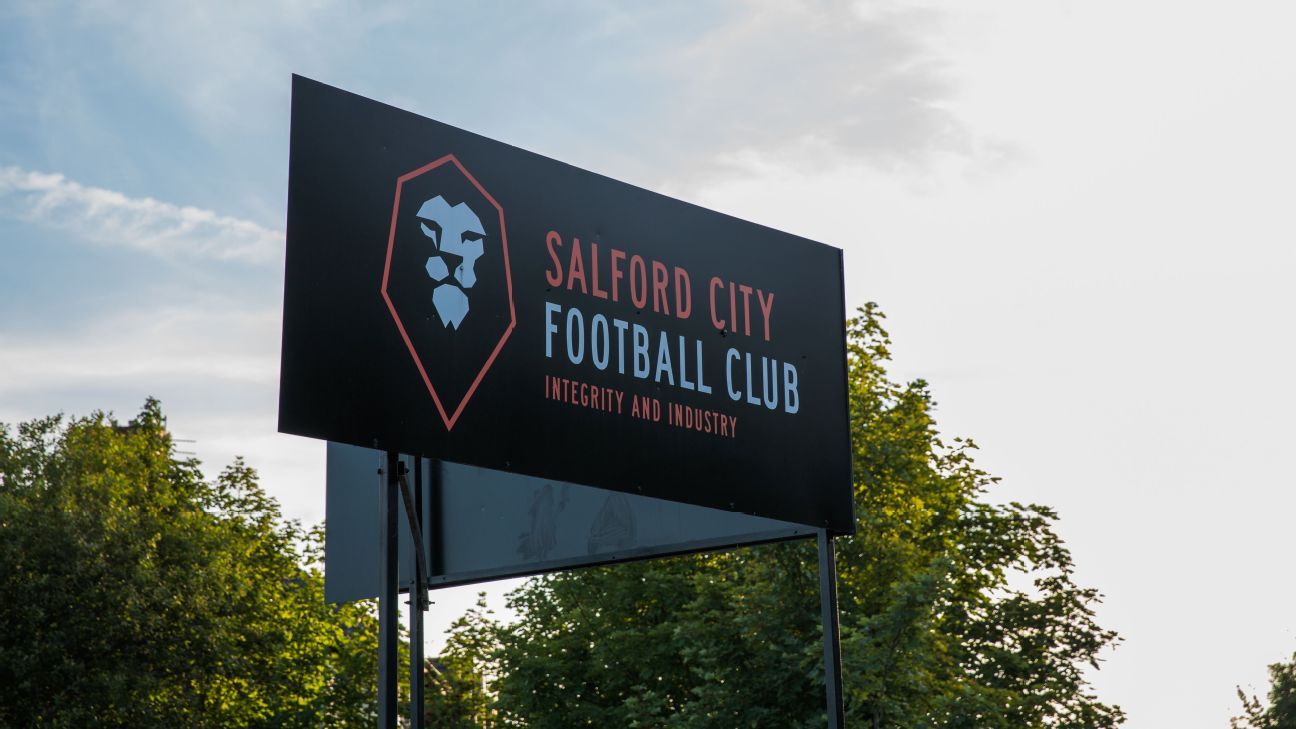 
“The Class of ’92” have said they have plans to take Salford City all the way to the Premier League.

Salford are currently playing in the National League North division — the sixth tier of English football — but nearly earned a third successive promotion last season, only to suffer a playoff defeat to Halifax.

They have, however, gone full-time, recruiting 12 players and opening their own academy, while also increasing the capacity of their Moor Lane stadium from 500 to 2,264.

Ryan Giggs, Paul Scholes, Nicky Butt and Gary and Phil Neville are co-owners of Salford and the former Manchester United players believe they can take the club far.

When asked by Sky Sports how far Salford can go, Scholes said: “[The] Premier League.”

Neville added: “We don’t have a ceiling for it [our ambitions]. We wouldn’t take it over if we didn’t think we could go as far as we possibly could. But we accept that there’s some huge challenges, there’s going to be lots of ups and downs along the way, but that’s where we have to aim for. The realistic target is achieving promotion to the Football League like within four, five or six years.”

Giggs added: ”It’s not arrogance, it’s not like we’re saying ‘we’re going to do it,’ but you have to try. We did it as players and now we’re aiming to do it as owners.”

Phil Neville says the business Salford have conducted this summer should help them in their bid to win promotion this season.

“We’re hoping that this set of players can stay together, not just for this year, but for the next couple of seasons to try and get to the next division we’ll be hoping to go to next season,” he said. “So we’re investing for the future and not just for today.”