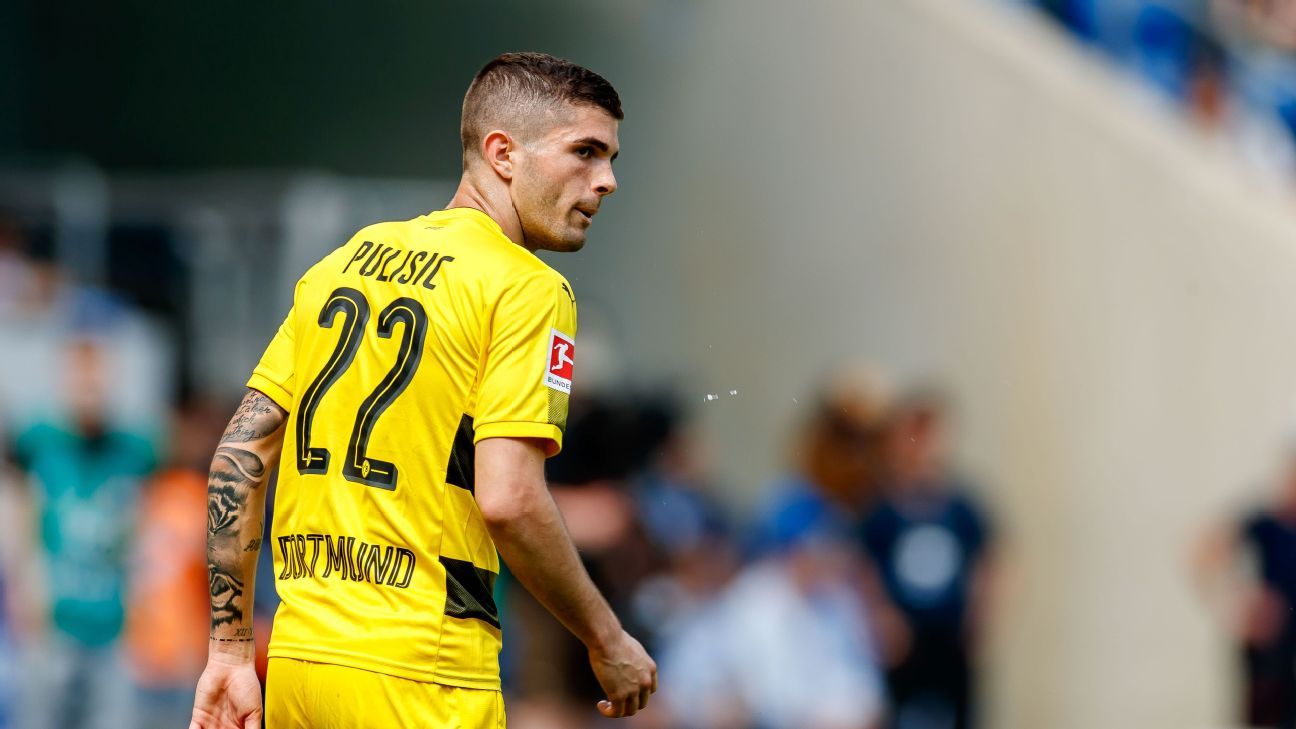 
Christian Pulisic’s father says speculation the young American star could move to the Premier League is “hogwash,” and told Sky Sports his son plans to return to Borussia Dortmund — at least for next season.

The 19-year-old has long been linked with a move to either Liverpool or Manchester United in the future, and the Telegraph reported this week that Tottenham are considering adding the U.S. international as well.

But his father, Mark Pulisic, told Sky on Tuesday that no “concrete” talks have taken place over any potential transfer.

“He’s linked with a different club every week. I have no idea. His agent right now is working and looking, in close relation with me and Christian, and we’re just trying to see what the best phase of his next development will be.

“But there’s nothing concrete. Right now, Christian plays for Dortmund and that’s where he is planning on playing again next year.”

However, Mark Pulisic acknowledged that his son would like to move to England in the future, and said staying at Dortmund for his entire career would be unlikely.

“I think the Premier League is a league he’s always aspired to be in and play in,” the elder Pulisic said. “As a player nowadays, there are so few players staying at one club throughout a career. The chances of him moving to different clubs and different leagues is a high probability.”

Christian Pulisic will not turn 20 until December but he has already played in 70 Bundesliga games with Dortmund over the past three seasons, scoring nine league goals.

But his father said there’s no easy way to tell if Dortmund is still the best place for his son.

“The only thing we can do is continue to talk with him and make sure he’s always in the loop of what’s going on, present all the facts and the content of what can happen, or will happen. It’s up to the player to make that final call.”

After playing in most of the United States’ friendly victory over Bolivia on Monday, Christian Pulisic will remain in the U.S. while the national team goes on to Europe to face Ireland and France in the coming weeks.

With the U.S. failing to qualify for the World Cup, he will likely be able to rest until Dortmund resume training ahead of their U.S. tour in late July as part of the International Champions Cup.