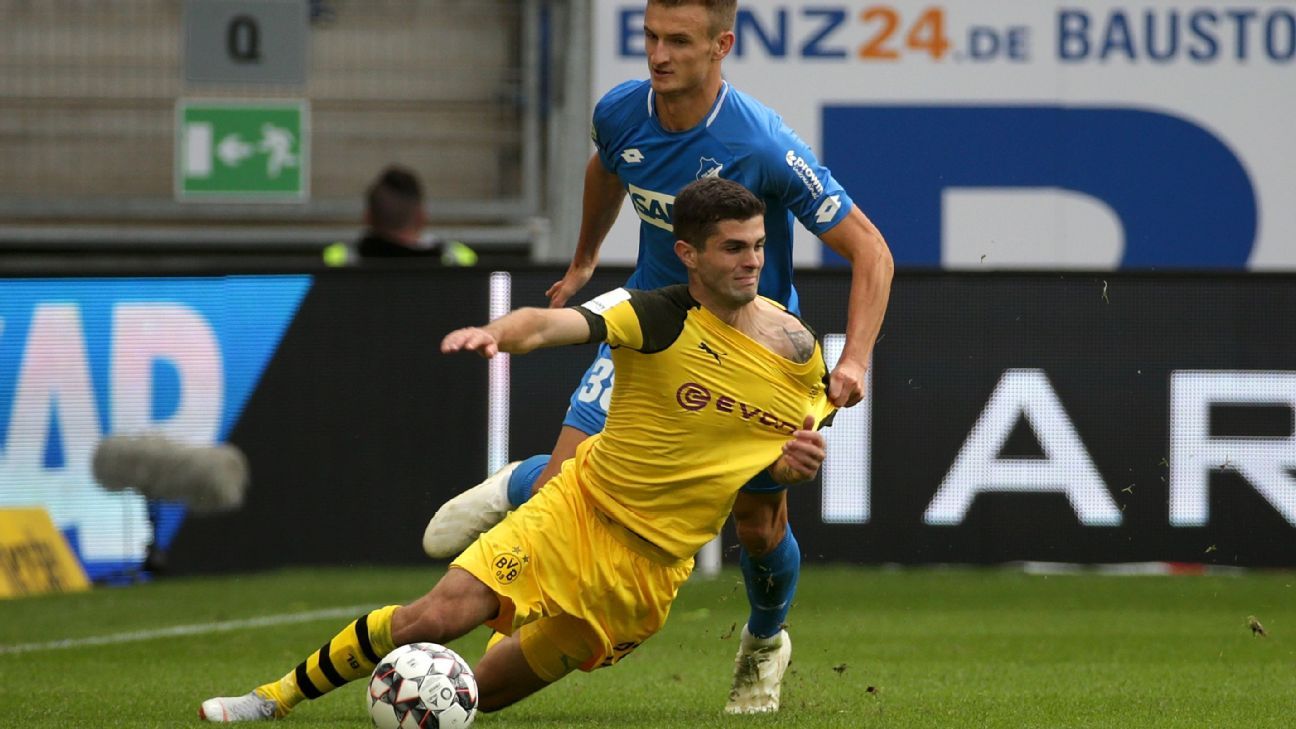 
SINSHEIM, Germany — Borussia Dortmund’s United States forward Christian Pulisic has said he should have been given a penalty in Saturday’s 1-1 draw with Hoffenheim.

Pulisic, who turned 20 on Tuesday, saved a point with an 84th-minute equaliser after Brazilian forward Joelinton had put the hosts ahead after 44 minutes.

But he said Dortmund should have been given a fifth-minute penalty when Hoffenheim left-back Nico Schulz stepped on his foot inside the box.

“It was a clear foul,” he said. “I felt the contact. I’m not sure what the referee saw there. I was surprised that he didn’t blow the whistle.”

Pulisic, who scored a late Champions League winner against Brugge on Tuesday, added: “Scoring a goal is always good. I’m always trying to improve every game and I’ll just carry on.”

Dortmund defender Abdou Diallo was shown a straight red card for a tussle with Andrej Kramaric, but captain Marco Reus said he believed the decision had been wrong.

“I think we can all agree that was not a red card,” he told reporters. “Abdou heads the ball to his keeper. Both players are using their arms, but it was a normal challenge.

“I have no idea why the video assistant referee [VAR] didn’t intervene or why the referee made that call in the first place.

“Curiously, we started to work more after the sending off while Hoffenheim did less. We gladly take the point although it has to be said that this wasn’t our best game.”

Reus said Dortmund “had too many individual errors in midfield, losing the ball too often in dangerous zones” but added: “We showed a superb morale and mentality, which has helped us already quite often this season.”

Dortmund have now failed to win in their last six visits to Hoffenheim. “The team, the coach, the good tactics they have … they play a weird style of football,” Reus said.

“The way they build up from the back is strange, I have to admit. Yet they position themselves very well. It’s extremely hard to press them.

“All in all, the draw is a fair result even though they had a couple of better chances. In the end, it’s one point gained because Hoffenheim is a good team and others will struggle much more than us.”

Dortmund are in fourth place and host Nuremberg on Wednesday before an away game at Bayer Leverkusen next Saturday.