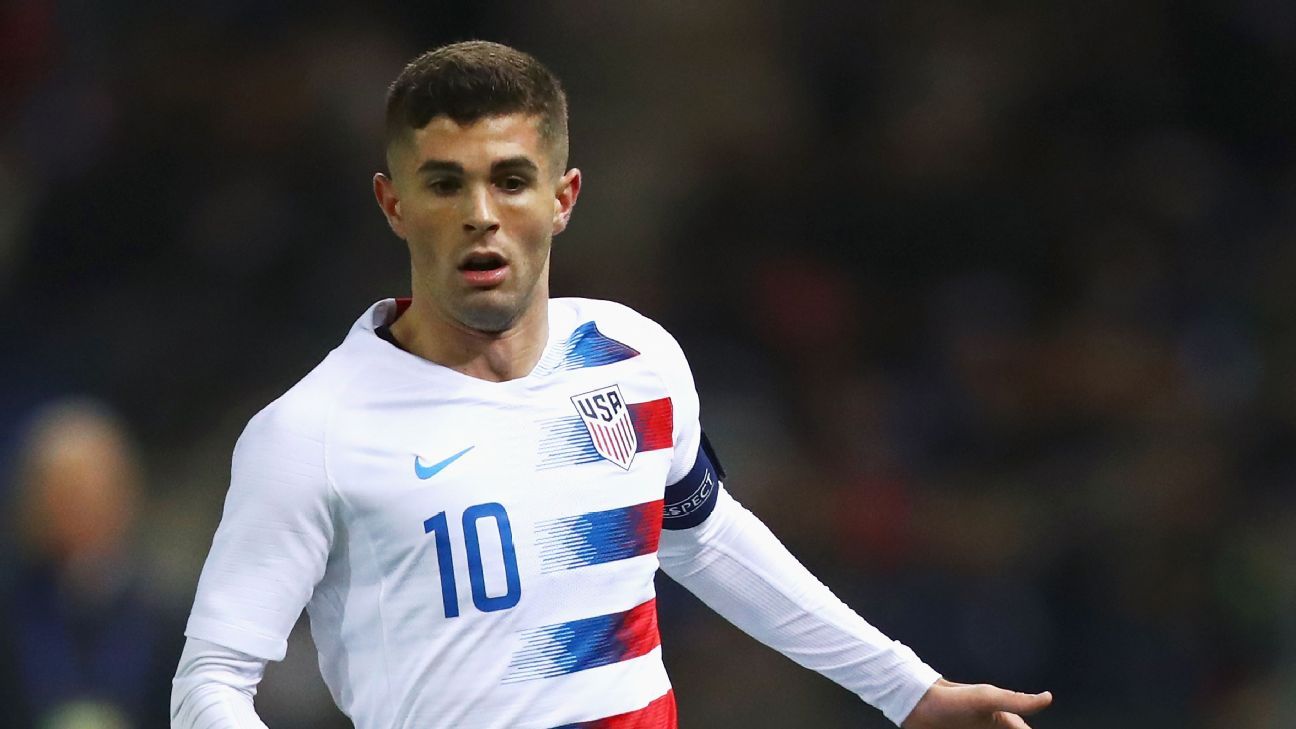 
GENK, Belgium — Rumors over his club future may continue to swirl, but midfielder Christian Pulisic remains the undoubted star for the United States.

At 20 years and 63 days, he became the youngest player to captain the U.S. in the modern era (since 1990), bettering Landon Donovan’s 2004 mark of 22 years 220 days. And, despite the Americans falling to a 1-0 defeat to Italy on Tuesday, he said it was a night he will never forget.

“It’s a huge honor,” he said. “For the coaches, the staff, the team to trust me to be captain of the team — it means everything.

“I was never a captain in my life, and to be [captain] for the U.S. men’s national team, it’s an incredible honor. It doesn’t matter what age you are.”

It was a match in which the Americans were second best for the vast majority of the night. The U.S. defended bravely, and was aided by some spectacular saves from goalkeeper Ethan Horvath, only to be undone by Matteo Politano’s late winner.

“They just came out a lot more confident than us, and they dominated most of the game,” Pulisic said about Italy. “In the end, we can keep learning things, but again, it wasn’t good enough.

“All we can do is look back at our mistakes and learn from them and now look forward to this new year and what we have to [do to] become a lot better.”

As for his club future, Pulisic said his focus is on Borussia Dortmund, though he plans to sit down with the club’s hierarchy to discuss his future during the winter break, even as sporting director Michael Zorc said the midfielder will remain with them until the end of the current season.

“We’re doing great this season,” Pulisic said about BVB. “Once the break comes that’s always when I have to discuss it with Dortmund and see about my future.”

Pulisic also praised caretaker manager Dave Sarachan, whose reign is expected to end in the coming weeks as the U.S. Soccer Federation prepares to name a new manager. The Italy loss extended the U.S. winless streak to four games, though Pulisic didn’t pin the stretch on Sarachan.

“It’s not on Dave,” he said. “He gave it everything he had. He was part of the qualifying cycle with Bruce, so I had him for a while.

“We’re thankful for what he did, and if this is his last game, we’ll just say ‘Thank you’ and move on with a new coach.”

Pulisic added that whoever the new coach is should consider bringing in more veteran players.

“I don’t think it would be a bad idea [to bring in veterans],” he said. “I think some guys need the direction and [to] see where this team is going to go.

“Veteran guys can always help that.”

Bayern Munich’s Jamal Musiala is the next big thing… and his mum still drives him to training
I lost my job yesterday
Koeman under pressure as Barcelona held by lowly Granada
New England still on top as Nashville stumbles and Atlanta continues to climb
Will Mane, Sterling, Ronaldo follow Salah as next player to join Premier League’s 100 Club?