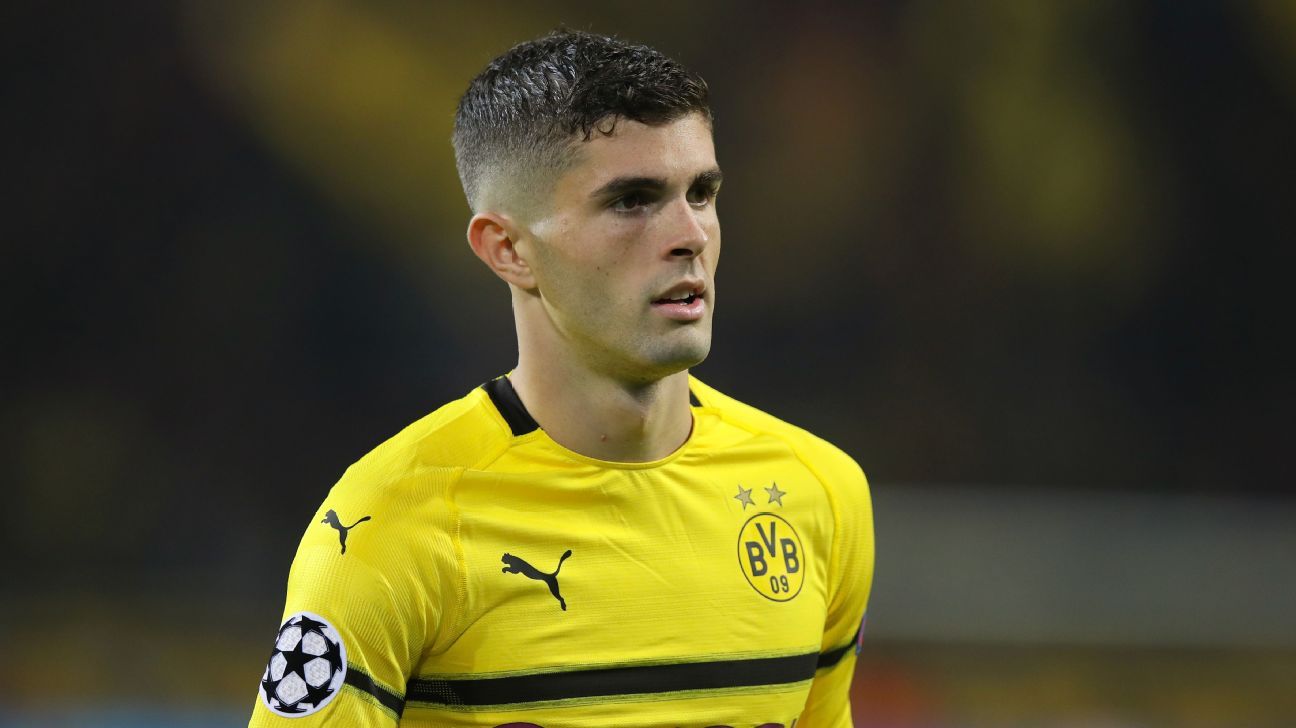 
Christian Pulisic has told ESPN FC he is not paying attention to reports linking him with a move away from Borussia Dortmund.

Liverpool and Manchester United were among the clubs reportedly interested in signing the United States international last summer, and ahead of reports that Dortmund want to open talks about an extended deal, Pulisic said he is focused on completing this season at the club.

“Right now, I am just very focused on finishing out the rest of the season at Dortmund,” Pulisic told ESPN FC. “Obviously, I have a contract with Dortmund. And I am just going to continue working hard here and giving them everything I have.”

Dortmund are top of the Bundesliga under Lucien Favre — Pulisic’s fifth coach at the club after Jurgen Klopp, Thomas Tuchel, Peter Bosz and Peter Stoger — and Pulisic said that the 60-year-old’s attention to detail is behind their strong start to the campaign.

Pulisic has scored two goals and set up a further two in nine games for Dortmund so far this season, with the club unbeaten since Favre took over.

With the club looking strong on all fronts, Pulisic has said they need to maintain their consistency in all competitions.

“We had a great start,” he said. “I think the biggest goal is to stay consistent through the season.

“We want to go as far as we can in Champions League and the [German] Cup. I think we have a great team this year and we can do that.”

Chelsea, Liverpool, Bayern circle for Juventus’ Federico Chiesa
Neither Arsenal nor Tottenham are where they want to be, but only the Gunners look capable of climbing out of their hole
Barcelona want Manchester City’s Ferran Torres to improve attacking options
Ellen Fokkema made Dutch history by playing for a men’s team
Man United’s Declan Rice pursuit takes twist; why sheep didn’t force Ronaldo out