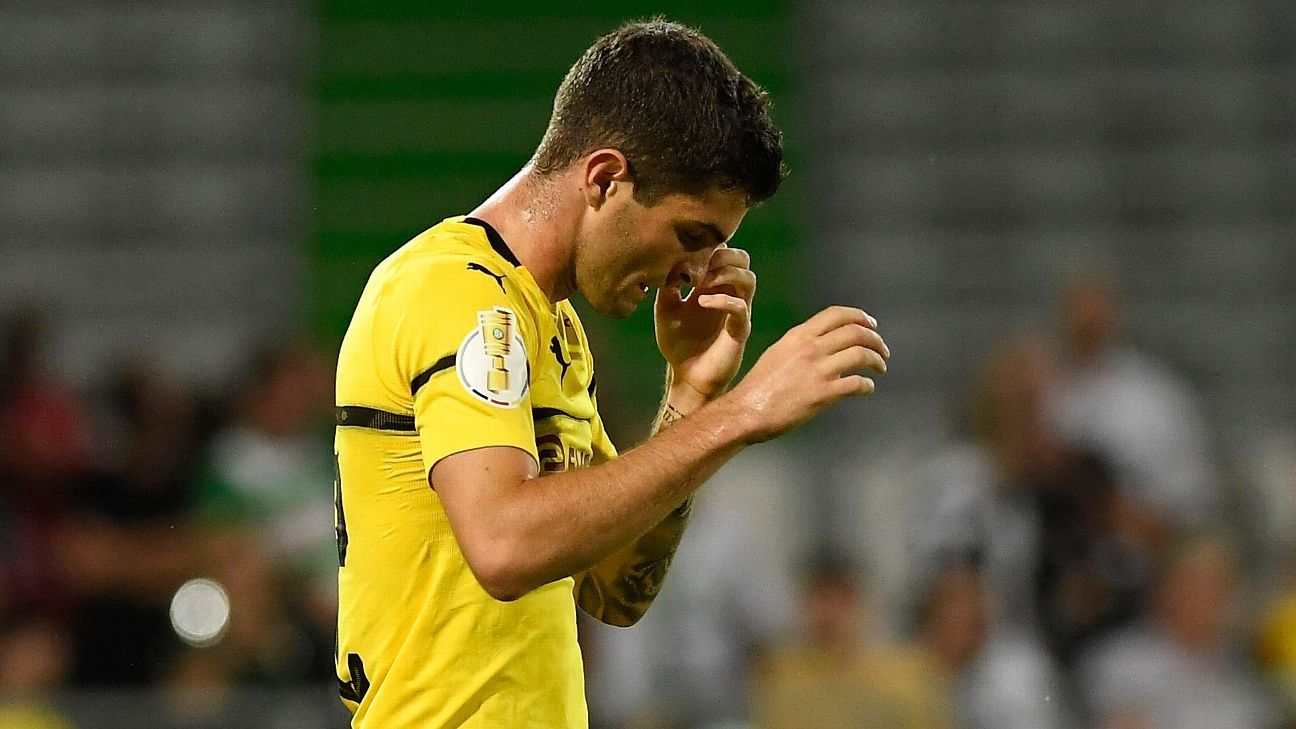 Pulisic did not make the squad for Dortmund’s trip to Hannover on Friday after picking up an injury in the 4-1 win over RB Leipzig last weekend.

Bild reported that the 19-year-old was nursing muscular problems, and Dortmund said he was a doubt for the two U.S. matches against Brazil at the MetLife Stadium, near New York, on Sept. 8 and Mexico in Nashville the following Wednesday.

It means Pulisic will have to wait until after the international break to make his 100th senior Dortmund appearance.

Meanwhile, BVB continued their efforts to reduce the size of their squad, which currently has 30 players, on German deadline day.

Midfielder Nuri Sahin parted ways with Dortmund for the second time after completing a move to Werder Bremen.

The former Real and Liverpool player is not in contention for a starting place under new coach Lucien Favre, and did not make the squad for the Bundesliga games against Leipzig and Hannover.

Japan international Shinji Kagawa, who will also not feature against Hannover, is reportedly in contention for a move to Sevilla.