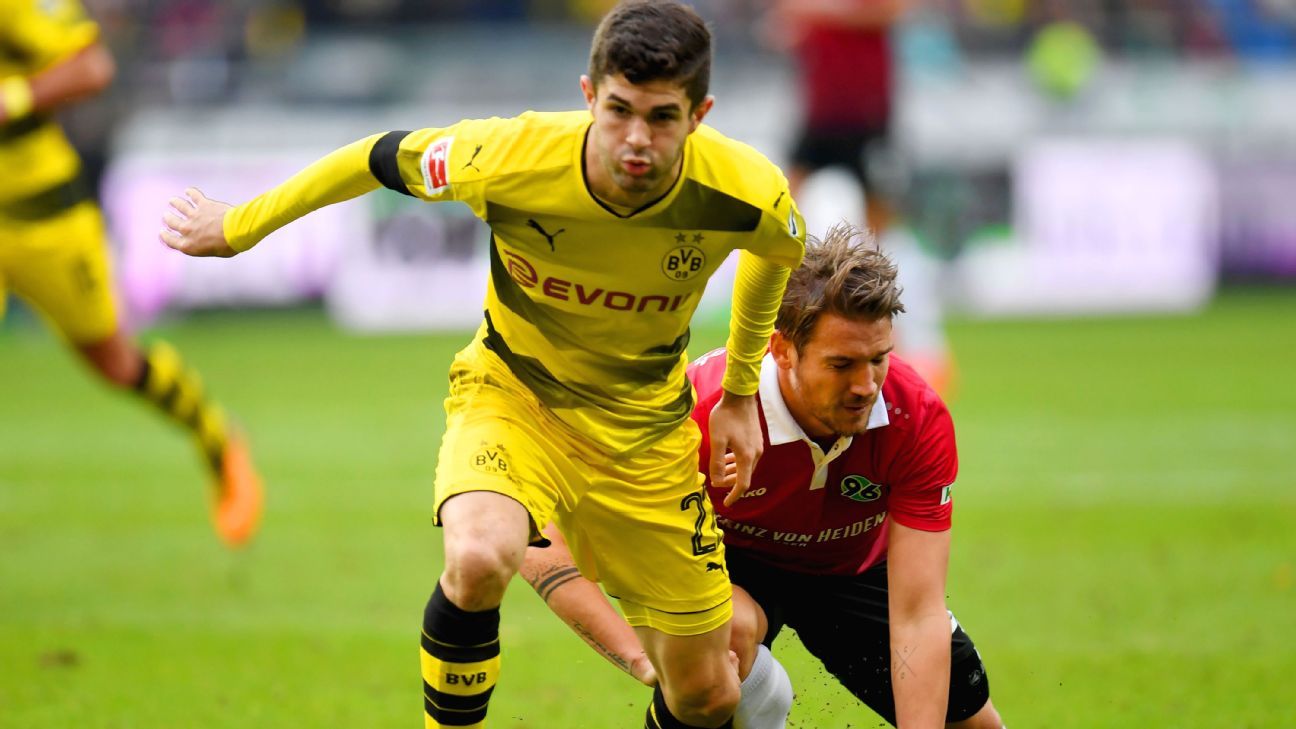 
The testimony of United States international Christian Pulisic in the trial against the man who admitted to attacking Borussia Dortmund’s team bus in April 2017 has been moved up by nearly three weeks.

Pulisic, 19, and seven other teammates were initially set to testify on May 14, two days after the end of the Bundesliga season, but on Tuesday, Dortmund’s district court rescheduled their appearances for April 25.

Appearing with Pulisic will be Roman Burki, Sokratis Papastathopoulos, Raphael Guerreiro, Shinji Kagawa, Nuri Sahin, Lukasz Piszczek and Julian Weigl. Three staff members on board the bus will also appear as witnesses that day in the trial against the 28-year-old, who has been identified only as Sergej W. in keeping with German privacy law.

Former Dortmund defender Matthias Ginter, now with Borussia Monchengladbach, is set to appear as a witness on April 18. The court has yet to decide whether Arsenal forward Pierre-Emerick Aubameyang will testify; Aubameyang was scheduled to appear in late January, two days before joining the Premier League club from Dortmund, but was excused due to illness.

Marc Bartra, Felix Passlack and Sven Bender, who have left the club, and current players Roman Weidenfeller and Marcel Schmelzer have already testified — as has former coach Thomas Tuchel, who said during his appearance earlier this month that he believes he would still be with the club if it were not for the attack.

Several staff members have also already testified, including physiotherapist Swantje Thomssen, who provided first aid after Bartra injured an arm in the attack. A police officer escorting the bus was also injured, and the 60-year-old man told the court he is unfit for duty almost a year after the attack.

The suspect admitted during the trial, which began in December, that he set off three explosive devices as Dortmund’s bus pulled away from the hotel ahead of a Champions League match against Monaco on April 11.

The man, who has been charged with 28 counts of attempted murder, claimed he did not want to injure anyone but rather create a situation that led to a drop in the valuation of Dortmund’s shares from which he hoped to profit.

Shrapnel from the bombs, each filled with 60 metal pins, were not only found in the headrest of Bartra’s seat but also in houses close to the scene.

Some Dortmund players have said that they have yet to get over the attack, with Weidenfeller, 37, admitting he still needs psychological help.

If convicted, the suspect could face a life sentence. The trial is currently scheduled to end in June.