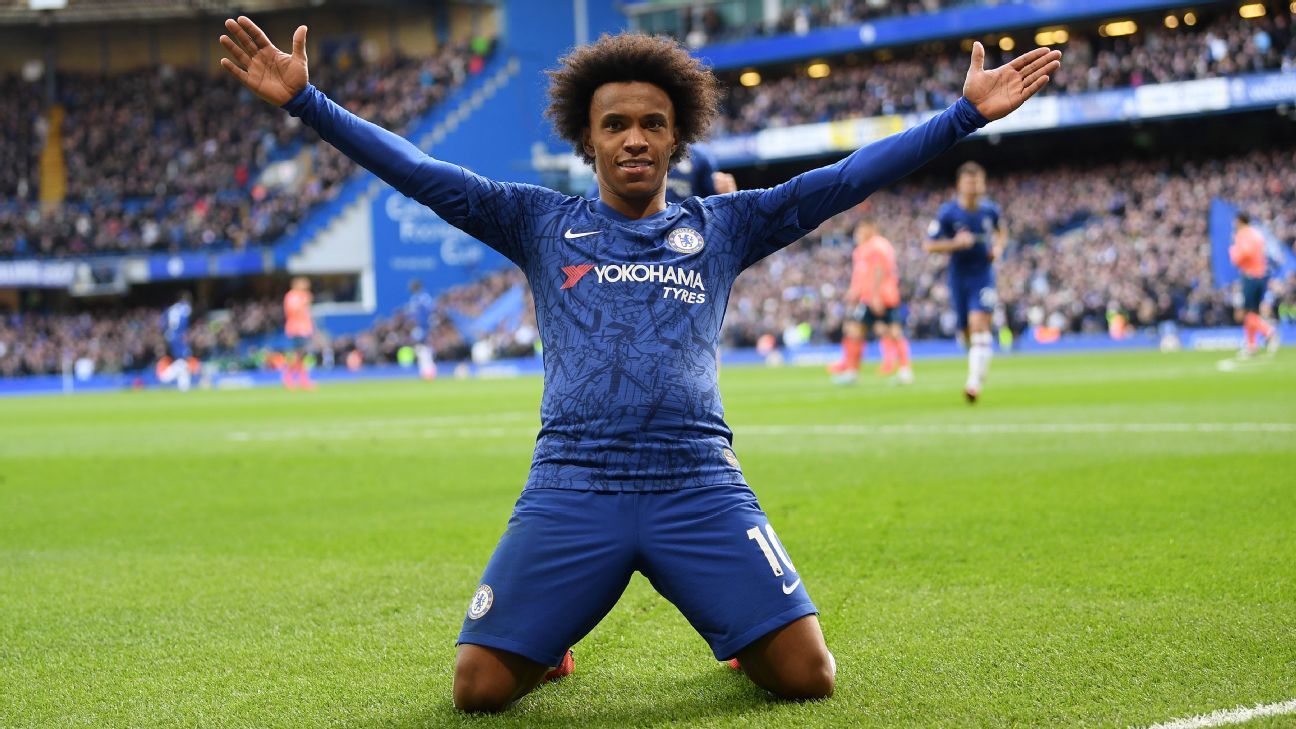 
Chelsea winger Willian said that he would prefer a move to MLS over a return to Brazil once his days in Europe are through.

– See how the Premier League table is shaping up
– Stream ESPN FC Daily on ESPN+ (U.S. only)
– What did you miss? The latest from Europe’s top leagues

The Brazilian is keen on staying at Stamford Bridge, having signed a short-term deal through the end of this season, but talks over how long of an extension he could muster from the Blues remains a big sticking point.

But the 31-year-old Sao Paulo native does envision himself playing in the United States eventually.

“I have plans to stay in Europe and try to play here maybe for three or four more seasons,” Willian told ESPN Brasil’s Futebol no Mundo. “I believe I can still perform on a high level. After that, when I will be 35, 36 years old, I intend to go to the United States and play there. It is a goal that I have.

Willian has been linked with a move to other Premier League clubs if he can’t agree on a new contract with Chelsea, including crosstown rivals Tottenham Hotspur and Arsenal.

Frank Lampard‘s side has bolstered their midfield options after signing Timo Werner from RB Leipzig and Hakim Ziyech from Ajax Amsterdam, but Willian has been in good form since the restart of the season. He scored twice in this week’s defeat to West Ham United.

Willian points out, however, that he doesn’t want to immediately return back to his native country. The ex-Corinthians man jumped to Shakhtar Donetsk in 2007 before making the switch to Chelsea in 2013.

“My family would feel great and so would I. For now, Brazil is not crossing my mind. Of course, that could change and I can realize one day that I want to go back to Brazil. Maybe go back to Corinthians and retire with the club. But my goal right now is to stay in Europe, play for maybe three or four more seasons and then go to the United States and we will go from there.”

Denmark’s Christian Eriksen surprised teammates at training after hospital release
Ronaldo’s remarkable goal record – Can Portugal’s star break the men’s mark at Euro 2020?
Gattuso the new target as Fonseca talks break down
Hakimi, Silva, Varane and more
Sergio Ramos is leaving Real Madrid after 16 remarkable seasons. How did it come to this?