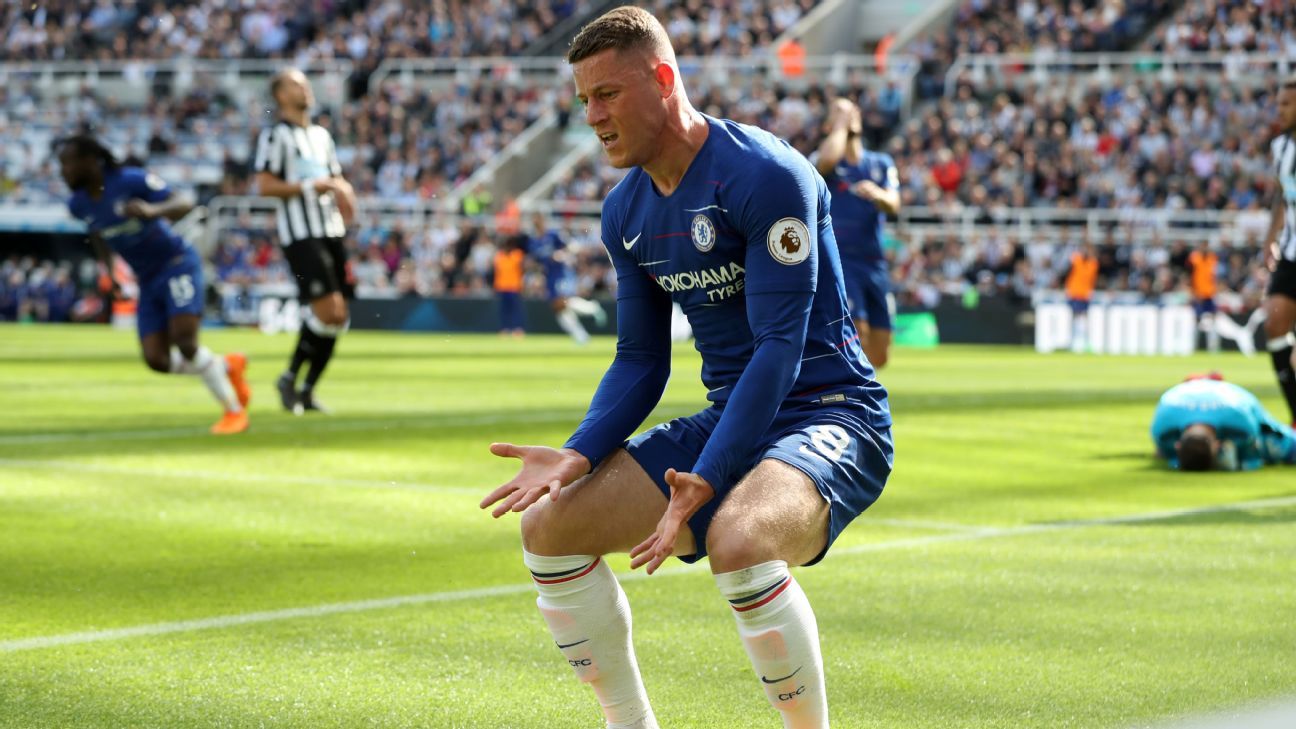 The final day of the Premier League season was always likely to end in disappointment for Chelsea, but the manner of their surrender to Newcastle provided a fitting end to an utterly miserable 2018 for Antonio Conte.

Chelsea could not be certain walking onto the St James’ Park pitch that the shock Brighton win they required to snatch fourth place would not materialise at Anfield, yet their astonishingly passive first-half performance suggested a team who believed their cause had already been lost.

Conte made eight changes to his much-criticised starting XI against Huddersfield on Wednesday, bringing back Olivier Giroud, Eden Hazard and Thibaut Courtois, but it mattered not. Newcastle, safe from relegation for at least a month, were the team who dominated with intensity and purpose.

Courtois saved fierce long-range shots from Jonjo Shelvey and Mohamed Diame as well as N’Golo Kante’s near-own-goal before Newcastle’s deserved breakthrough came in the 23rd minute. Jacob Murphy, allowed to meet Matt Ritchie’s cross unchallenged at the back post, saw his effort parried by Courtois but Dwight Gayle scampered in to nod the loose ball into the empty net.

Half-time brought respite. Chelsea then pushed forward with renewed determination and their first effort on target came six minutes after the break, with Martin Dubravka tipping over Giroud’s acrobatic flick.

But no sooner had the visitors gained a foothold than Newcastle rendered their momentum meaningless. Shelvey, given space 25 yards out, fired a low shot that Ayoze Perez smartly glanced just inside Courtois’ far post.

Ross Barkley, making only his second Chelsea start since arriving from Everton in January, was lively and should have scored his first Blues goal when he led a rapid counterattack and latched onto Hazard’s low cross. Dubravka saved well with his feet.

At the other end Newcastle were in an unforgiving mood, and on 63 minutes Chelsea defeat became humiliation. Shelvey’s deep free kick was fired back across goal by Florian Lejeune and tapped in by Perez.

Conte watched it all in stony silence on the touchline, not for the first time this season a bystander to catastrophic events. His time at Chelsea is surely nearing its end.

2. Little cause for Chelsea optimism ahead of FA Cup final

If nothing else, this game was meant to be a valuable exercise in building confidence and momentum for the FA Cup final next Sunday, when Manchester United and Jose Mourinho will stand in the way of the only thing that can dull Chelsea’s disappointment.

Many of those who took to the St James’ Park pitch appeared either complacent about their Wembley starting places or less than motivated to impress Conte. How does the Italian even begin to pick his team to take on a side as talented and dangerous as United, led by a manager who specialises in finals?

Chelsea have been a shadow of last season’s vintage in attack throughout this campaign, but it was their hapless defending that will most concern Conte. Perez, Murphy and Ritchie were allowed to run free time and again and took full advantage.

It has not been Mourinho’s way to go for goal after goal in finals, but United will hardly be able to help themselves from piling on the humiliation if Chelsea do not find some defensive solidity in training at Cobham this week.

Find themselves routed at Wembley and there will be no hiding place left for many players in this underperforming Chelsea side, never mind Conte.

Canvass opinion around St James’ Park about Newcastle’s best performer this season and Shelvey’s name will be a common reply. The midfielder’s drive and eye for a direct pass propelled this team back to the Premier League at the first attempt and has been crucial to keeping them there.

Here he pushed back a disinterested Chelsea and then managed to pick them apart even once they had woken from their slumber, drifting into pockets of space and showcasing his impressive passing range as well as an entertaining willingness to shoot from distance. One such effort allowed Perez to double Newcastle’s lead just as Chelsea were in the ascendancy, before an inviting free-kick delivery enabled Lejeune and the Spaniard to combine to put the match beyond doubt.

Jamaal Lascelles is the rock on which Rafa Benitez has built this Newcastle defence, but Shelvey is the hub of everything they do going forward. Both look to be compelling — if at this stage unlikely — options in problem positions for England boss Gareth Southgate as he ponders his World Cup squad.

Shelvey has not been capped since November 2015, has made his fair share of brainless mistakes at club level since then and is not the classic possession midfielder that Southgate desires. His ambition on the ball works against him as long as England harbour delusions of dominating opponents.

But his vision and directness are qualities that few others available to Southgate possess. He could be a valuable weapon for a limited squad in Russia.