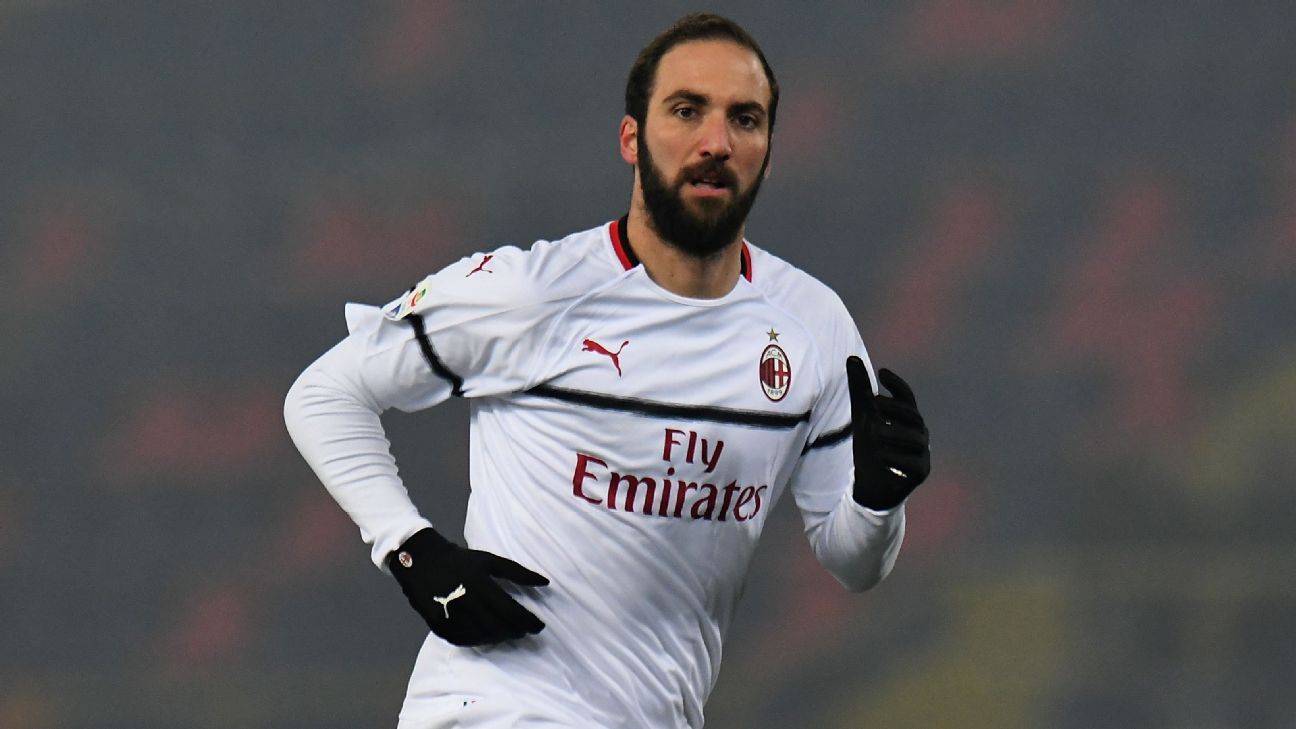 
LONDON — Maurizio Sarri called AC Milan striker Gonzalo Higuain a “wonderful player” but suggested that his friendship with Bournemouth manager Eddie Howe could prevent any possible January move for Callum Wilson amid reports Chelsea are planning a move for either player.

Sarri has used Eden Hazard as a false nine in two of Chelsea’s last three matches, a decision interpreted as his response to the underwhelming form of Alvaro Morata and Olivier Giroud in front of goal this season.

Reports in Italy this week said that Higuain could reunite with Sarri — who oversaw the most prolific season of the Argentine’s career at Napoli — with Morata heading the other way to San Siro in January, while Chelsea assistant Gianfranco Zola appeared to confirm the club’s interest in Wilson last week.

“I don’t know about Wilson. As you know, Eddie [Howe] is a friend and I want to see him very happy.”

Hazard provided two assists from the false nine position as Chelsea beat Manchester City earlier this month, and the Belgium international has rediscovered his scoring touch in the last two games against Brighton and Bournemouth.

Sarri hinted that he will continue with Hazard up front against Leicester City, pointing out that he enjoys playing there and that Giroud played 90 minutes against Bournemouth, while Morata has only just returned to full training after a minor knee injury.

“We started in the last two matches with Eden as a striker,” he said. “In the first match [against City] it was only a tactical choice. Then I wanted to see that the solution can work in other situations or not, so I need two or three matches to be sure it’s the right solution.

“I explained my point of view to Giroud. We will see. At the moment, the solution is good, I think, because we played a very good match against City and, against Brighton, I think we were very dangerous for 60 minutes.

Chelsea’s only significant injury concern ahead of Saturday’s match against Leicester is Andreas Christensen, who was substituted late against Bournemouth with a minor hamstring issue and will be sidelined for around a week.

Danny Drinkwater will also be forced to watch from afar against his former club, after Sarri said that the midfielder does not have a place in his plans.

“Danny is in the list for the Premier League but is out of the list in Europe,” he said. “I think that he’s a very good midfielder, but he is suitable for a midfield with two midfielders.

“With a three, he’s not really a central midfielder. He’s not suitable to play centre-right or centre-left. I think that, for him, the problem is only my football.”

Asked where that leaves Drinkwater’s future at Chelsea, Sarri replied: “I don’t know. It depends upon the club. It’s up to him, I think. I don’t know.”