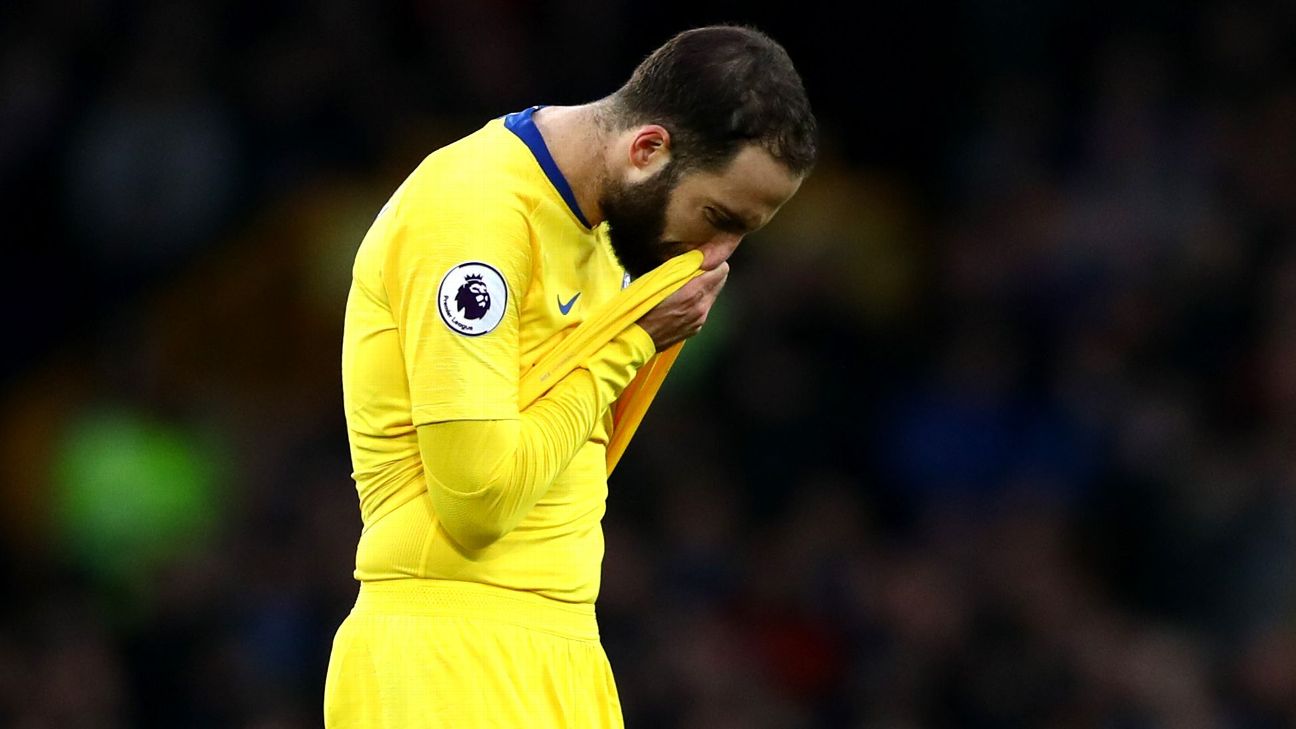 
LIVERPOOL — Maurizio Sarri has said that he needs more from Gonzalo Higuain after Chelsea were punished for a lack of ruthlessness up front with a 2-0 defeat against Everton at Goodison Park.

Chelsea dominated the first 45 minutes but could not find a way to make their superiority count, with Higuain, Eden Hazard and Pedro Rodriguez all spurning good opportunities before Richarlison headed Everton in front and Gylfi Sigurdsson followed up his own missed penalty to make sure of the win.

Higuain has scored three goals in 10 appearances for Chelsea since his arrival on a lucrative loan deal from Juventus in January — two against Huddersfield Town and one against Fulham — and after the game, Sarri conceded his striker has not made the desired impact.

Asked if Higuain is struggling, Sarri replied: “In this moment, yes of course. Today he had an opportunity. Too few for him I think. He can do more.

“He was improving, but then he had some problems at the beginning of the week. He had a strong stomach ache and a fever so today it was normal that he could only play for 60 or 65 minutes. He needs to improve his physical condition and mental condition.”

As the only top-four contender in Premier League action this weekend, Chelsea had a valuable opportunity to gain ground on their rivals. Instead, they will go into the final eight matches of the season in sixth, four points adrift of Tottenham in third and three behind fourth-placed Arsenal.

“At the moment this is our limit, I think,” Sarri added. “If we are able to play like in the first half with consistency then we are in another position in the table. We have this problem because we lost a similar match to Wolverhampton [in December]. We lost again in this way, for us it is a big limit.

“It is impossible [that] the situation is a physical problem because if it is, you can go down gradually, not in one second. We played really very well in the last minute of the first half, suddenly very badly in the first minute of the second half.

“It is impossible if we cannot improve and are not able to avoid a second half like today. We need only to play like the first half for eight matches, without stopping playing and stopping to defend. This is the limit.”